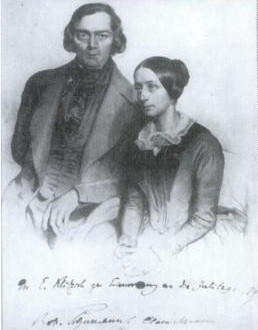 Clara Schumann pressed her husband to write this piano concerto. It began as a fantasy which she performed when she was eight and a half months pregnant with the Schumanns' first child, Marie. 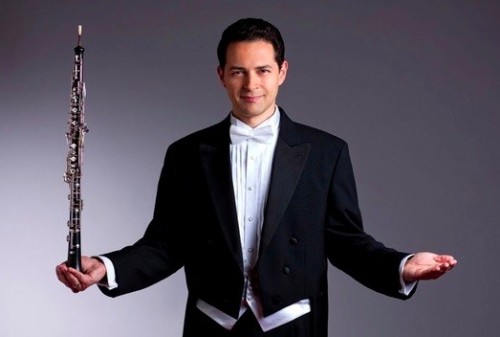 Eugene Izotov, a remarkably balanced and yet thrilling oboist.

Muti is a conductor who brings deep insight to his performances, but whose passion for music is so great that the listener responds viscerally.

As Maestro Muti swept to the podium, followed by the brisk, elfin pianist Mitsuko Ochida, he turned and took her hand to kiss. Two musicians who are both considered and passionate then joined forces in the Schumann A Minor Piano Concerto.

Schumann’s wife Clara, who encouraged him to write this piece and performed it herself, remarked that the orchestra tutti and the soloist were inseparable. Each is also attentive and responsive to the other.

Schumann had come to feel that the dominance of solo performers in concertos was unfortunate and often deployed solely in the service of monumental egos and not music.

The familiar first four notes of the theme are often said to be Schumann calling to his wife. Clara probably shared Uchida’s approach to the work, at once completely feminine and powerful.

Uchida's first fierce, descending attack, after the energetic strike by the strings and timpani, made clear her force.  Uchido has a wonderful, effervescent command of the harmonic shifts.

The theme is repeated in different keys. The orchestra and piano take turns talking. For surely instruments take on a human voice.  Toward the end of the movement, the piano launches into a long cadenza before the orchestra joins in with one more melody and builds to an exciting finish.  Always back and forth.

In the second movement, the piano and strings open up with a small, delicate tune, which is heard throughout the movement before the cellos and later the other strings take up the main theme, with the piano mainly used as accompaniment. The movement closes with small glimpses of the first movement's theme before moving straight into the third movement.

A huge run up the strings accompanies the piano taking the main A major theme. Schumann shows great color and variety.  The tune is regal, and the strings, noble.  The 3/4 timing has a deliciously ambiguous feel.

The piece finishes with a restating of the previous material before launching into a thrillilng finale, and ends with a long timpani roll and a huge chord from the orchestra.

Uchido is able to at once fracture her performance, diving into a violently emotional landscape, and also pulling back to perform the thoughtful pianissimo passages with calm reflection.  Even when she was not playing and simply listening to the orchestra, she swayed with its rhythms, intent on being part of it all although she was not touching the keyboard.

The orchestra is never an onlooker and its expressive contribution incrementally adds to the music's richness.

As familiar as this concerto may be, both Muti and Uchido are listening and performing as though it were newly minted.  Uchida participated with the Maestro and the orchestra to present an organic piece, balanced between the piano and tutti. We lean in to hear their hearts.

The Great Symphony of Schubert enthralls today as it enthralled Schumann who discovered it in the unaccounted remnants of Schubert’s estate.  In part an homage to Beethoven’s Ninth, the "Great" is very much its own take on eternity and music’s magic in extending the human soul.

Maestro Muti shows us not so much where this music was going (Bruckner, Mahler) as where it came from in the classical canon. Muti drew another extraordinary performance from the musicians of the Chicago Symphony Orchestra.

The Symphony's temporal dimensions have often been referred to as 'heavenly', meaning very long or stretched to the stars. Yet earthly structural economy, inspired content and aesthetic integrity are evident throughout.

In the first movement, ripples drive the fanfares, and fresh instrumental colors and heavenly lengths are released.  Violins stream of chromatically inflected and repeated notes.

The third movement had all the  breadth and density of a scherzo, but also the simplicity of an alpine song. Always in this symphony the visceral rhythmic excitement is based on tonal stability. Muti laid forth harmonic invention and the beautiful tone and color palette step by step.

The heavenly thrust of the Symphony refers to its length, almost an hour. But with the CSO and Muti, time stands still and only the musical conversation remains.