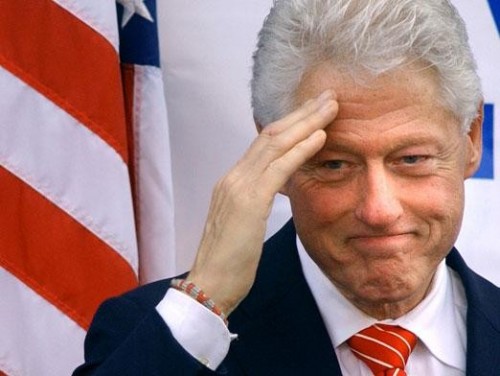 Like its inaugural season that sold out before the first lecture, The Boston Speakers Series sophomore season features some of the country’s most respected thinkers over seven Wednesday evenings, approximately once a month, beginning with President Bill Clinton in October.

A complete schedule is listed below.

Events are held at Boston Symphony Hall (301 Massachusetts Ave., Boston). Tickets go on sale March 29, 2012 and are sold by subscription only, and start at $255 per person for seven lectures. Tickets can be purchased online at http://www.BostonSpeakersSeries.org/order.htm They can also be purchased in person or by phone (617-266-1200) at the Boston Symphony Hall Box Office Monday through Friday from 10 a.m. to 6 p.m. and Saturday from noon to 6 p.m. www.BostonSpeakersSeries.org

Each lecture is followed by an audience Q & A, moderated by WGBH Managing Director Phil Redo.

In her memoir The Glass Castle, this award-winning author describes the nomadic, dysfunctional and colorful family life of her childhood. After leaving her family and attending Barnard College, she worked as a journalist for 20 years, writing for New York magazine, USA Today, and MSNBC.com

A publishing sensation around the world, The Glass Castle spent three years on The Nework Times best-seller list, sold more than 2.5 million copies in the U.S., and has been translated into 22 languages. Walls is the recipient of numerous honors, including the Christopher Award for helping to "affirm the highest values of the human spirit,” as well as the American Library Association’s Alex Award, and the Books for Better Living Award.

Journalist Lisa Ling has worked in television since age 16, reporting on topics ranging from celebrities to drug trafficking to the war in Afghanistan. She balances international reporting with hosting her own TV series, Our America With Lisa Ling, on the Oprah Winfrey Network. As host of National Geographic Ultimate Explorer, she travels around the world, bringing attention to stories that often go unreported. She is a former co-host of ABC’s the View.

Peter Warren Singer is Senior Fellow and Director of the 21st Century Defense Initiative at the Brookings Institution, and is considered one of the world's leading experts on changes in 21st century warfare. He is the youngest scholar named Senior Fellow in Brookings' 90-year history. He has been named by CNN to their "New Guard" List of the Next Generation of Newsmakers, by the Smithsonian Institution-National Portrait Gallery as one of the 100 “leading innovators in the nation,” and was featured in the Turner Broadcasting series 26 People to Save the World, and by Foreign Policy Magazine on their Top 100 Global Thinkers List of the people whose ideas most influenced the world that year. In his personal capacity, Singer served as coordinator of the Obama-08 campaign’s defense policy task force, as a consultant for the US Department of Defense and FBI, and has advised a host of entertainment programs, including the video game series Call of Duty and Metal Gear Solid, movies like Traitor, Whistleblower, Line of Sight, and Battleship, and the TV series The West Wing, 24, Curiosity, and Strikeback.

A successful businessman who leveraged his experience in the private sector to control spending in the public sector, Erskine Bowles served as the Co-Chair of the National Commission on Fiscal Responsibility and Reform, a bipartisan group looking to erase the United States’ multitrillion-dollar debt (commonly called the Simpson-Bowles Commission). Early in his career, Bowles worked for Morgan Stanley and founded his own financial investment company before joining the Clinton Administration to run the Small Business Administration and eventually become President Clinton’s Chief of Staff. As Chief of Staff, he was a pivotal negotiator in getting America’s first balanced budget in decades. A leader who himself had to face down budget woes as the recent President of the University of North Carolina system which depended on a state in a fiscal crisis for much of its funding, Bowles discusses what leaders on both sides of the aisle must do to bring America’s spending and deficit problems under control before the consequences become dire for generations to come.

A visionary leader with a deep understanding of the economic and social challenges facing Latin America, President Vicente Fox is one of the world’s most important voices on the contemporary geopolitical landscape and the role of business in the developing world. When elected to the presidency of Mexico in 2000, Vicente Fox broke the stranglehold that the ruling Institutional Revolutionary Party had held on the State for seven decades. A charismatic reformer, President Fox is credited as playing a vital role in Mexico’s democratization, and with strengthening the country’s economy. During his tenure, which ended in 2006, he succeeded in controlling inflation and interest rates, and in achieving the lowest unemployment rate in all of Latin America.

Nando Parrado was born in Uruguay. From early age, he excelled in rugby, and became captain of his college team. In 1972, on their way to a tournament, the team’s plane crashed in the Andes. His mother and sister and many others were killed, but he, along with 16 of his teammates, survived at 18,000 feet for two and a half months. He, along with one teammate, climbed through the mountains for 10 days to find help. Soon after their rescue, Parrado worked with Piers Paul Read to write the best-seller Alive and was an adviser on the film of the same name, in which he was played by Ethan Hawke.

The Boston Speakers Series debuted in Boston in the Fall of 2011 to unprecedented audience response, resulting in the Series selling out its entire inaugural season before the first lecture took place.  According to Speakers Series President Bill Conrow, “Each of the fascinating speakers we have engaged for this season will have subscribers on the edge of their seats with enthralling stories and experiences. What many look forward to most about the evenings with our speakers is the opportunity for follow-up questions after the presentations. The audience has the chance to get the story behind the story, and delve into our speakers’ personalities without any filter.”

The Boston Speakers Series is presented with media support from 89.7 WGBH Radio, and with additional support from Dedham Savings, North Hill and Whole Foods.