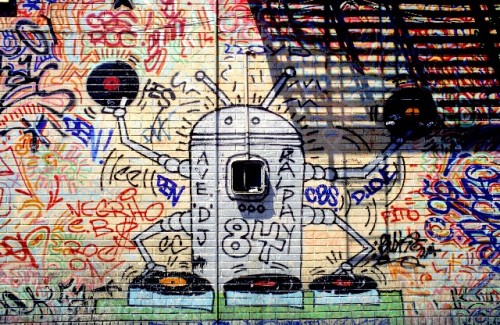 Keith Haring on the street with others. 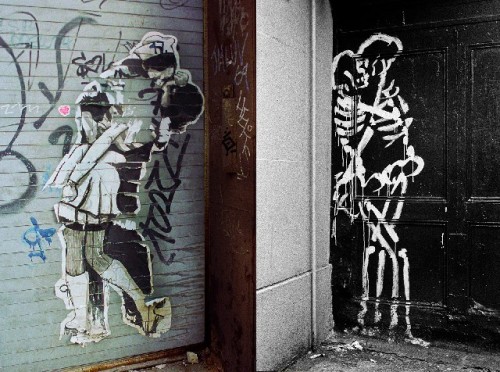 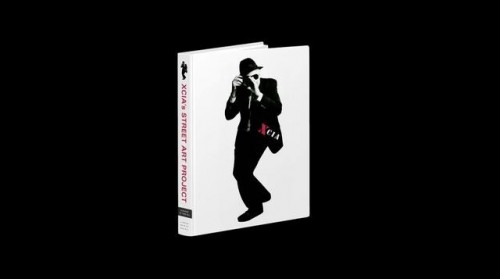 XCIA at work, on the cover of Street Art.


Hank O’Neal, an XCIA agent, is author of a wonderful new book on street art he has photographed over forty years.  Street Art Project, published by Siman Media Works, is a way to get a book out into the world these days.

The book launched at the Howard Greenberg Gallery.  O’Neal wandered around photographing his guests.  Street artist TooFly, who O’Neal had photographed the day before painting a bare wall on the side of the iconic Strand Bookstore in New York, was creating a new work in the back of the Gallery.  Everyone munched cupcakes from Melissa’s crossed with a sugary red X as society photographers wandered the room capturing images of guests, among them a young Dominican artist who updates Warhol by silk screening Goya cans.

Not only was the beautiful new book being sold and signed at the Greenberg Gallery, but some of its images are on sale.  Pigment prints signed, titled and numbered in ink with the photographer’s credit stamp and Hank O’Neal (aka XCIA) stamp on the verso of the art are available starting at $6,500.

While the book is relatively expensive at $39.95, and well worth it in its bulk and beauty, the cutting edge end product will be the launch of an app in April, which you can download for $12.95.

Ken Siman, who was formerly the publisher of Virgin Books, is putting out the XCIA book and app -- called the EbookExtreme --  through his Siman Media Works. The app was designed by Siman's creative team, and developed by Balance Software -- the same people who developed the Ansel Adams app.

Hank O’Neal appears to do everything – photograph, compose, write.  He has produced a marvelous book of photographs underwritten by the Farm Security Administration, including the work of Walker Evans and Dorothea Lange.  His work has put Bernice Abbott front and center.  With her archivist he is going to produce 10 volumes of Abbott’s photographs.  O’Neal illustrated Robert Penn Warren’s All the King’s Men, and dipped into Djuana Barnes.

Debbie Harry aka Blondie says “Takes you right back to the moment, like a scent or a song can do.” Others call the work criminal mischief, but certainly it is more mischievous delight than criminal.

For people who hope for the future of publishing, this launch of book, app and image looked like a practical three-pronged approach to success.  Siman should be watched and supported.  Embracing the past and future of publishing and picking well, they are sure to publish must-have books in whatever form they deliver them.