Pioneers of Television on PBS 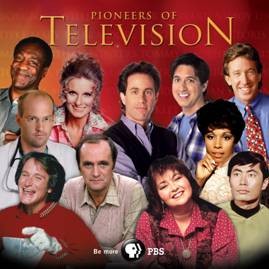 Pioneers of Television on PBS. 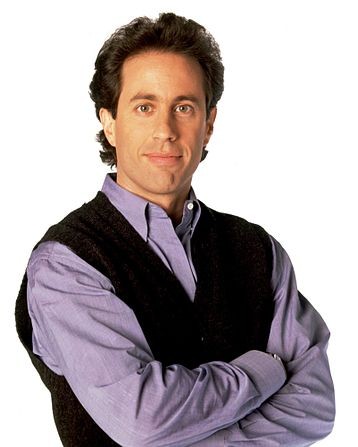 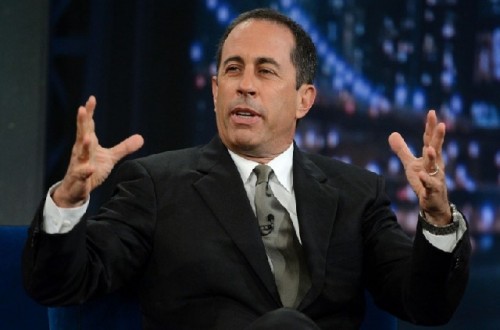 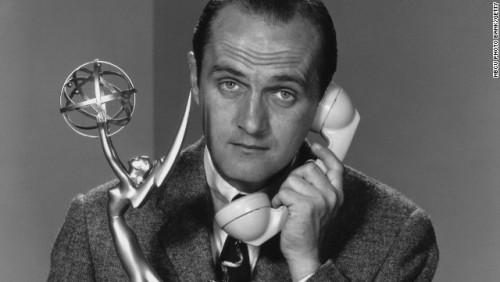 Bob Newhart was an accountant before a breakout hit LP. 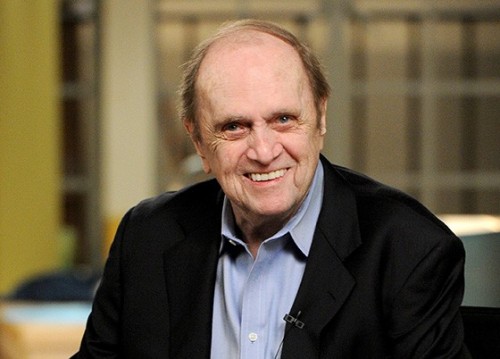 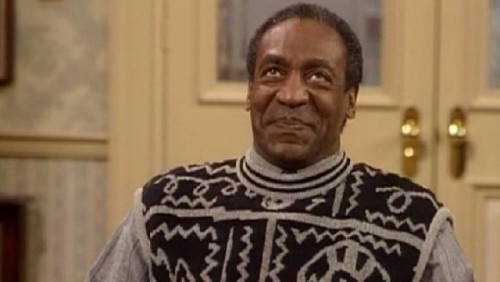 Back in the day with The Cosby Show. 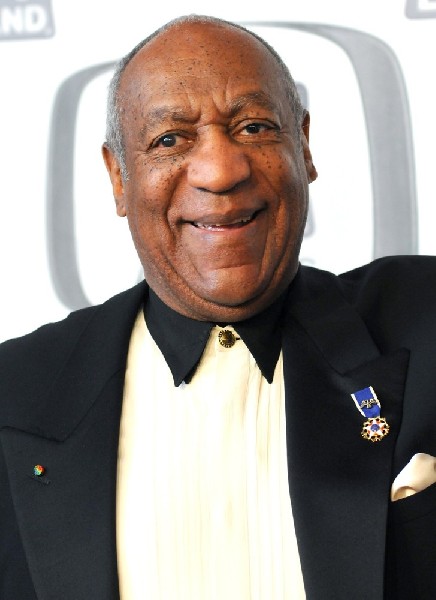 A more recent image of the comedian. 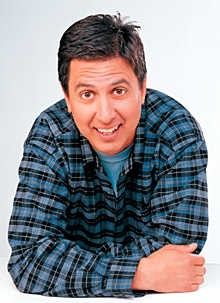 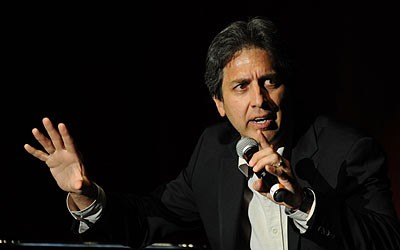 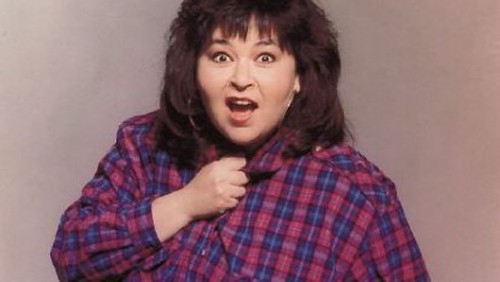 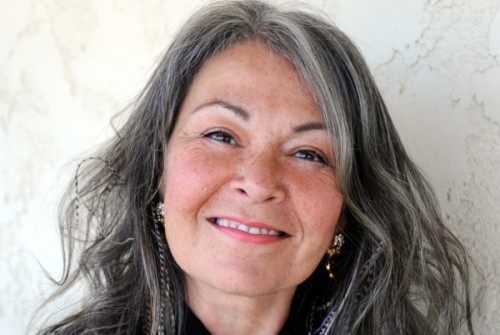 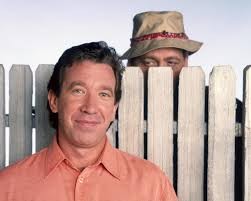 Tim Allen and the neighbor we never saw behind the fence.

It seems cruel but they have their reasons.

Particularly given the American entertainment and media obsession with youth and beauty.

There are lots of websites and super market tabloids that post and print lurid images along the line of whatever happened to?

During the recent Oscars, for example, we were shocked to see an embalmed Kim Novak.

Going under the knife or getting puffed out with botox seems essential to the careers of stars who want desperately to appear as their fans remember them.

There is a then and now, good grief, aspect in viewing the first episode of a new fourth season of Pioneers of Television on PBS.

There is a bit of a mind warp as we morph from how we remember these former stars from their long running weekly episodes and how they appear today. Fortunately, they have all aged naturally with no evidence of plastic interventions. It points to the difference between someone playing for laughs a romantic lead actor.

Not to say that there isn’t a then and now shock factor.

There is a compelling, often casual and insightful contrast in recent interviews and then a generous selection of clips from their vintage hit shows.

We find an interesting commonality as they all evolved from going it alone in standup, working without a net as it is described, and being set into ongoing situation comedies. A huge difference is learning to interact with other actors and reading lines written by a crew of writers. Several speak of network implemented acting classes to learn to interact with other characters.

My playwright friend, Mark St. Germain, often reminds me of his salad years of writing for the hit Cosby Show. He left that high profile security behind to write plays. There is no comparison with the bottom line.

Which is something that we sense in this series of sharply focused profiles. There is the fun and exhilaration of touring as a solo act. You mostly write your own material and are in total control. In a sit com there are producers and directors to deal with.

It was particularly compelling to learn from Roseanne Barr the ongoing struggles with the network to follow the direction that she believed in. Frankly I never saw her that way and actually enjoyed her more today than back then. There is a depth and maturity contrasted with her often raw and crude youthful persona.

All of them reveal how hard it is to get laughs. It takes years to develop a stage identity and personality. There are wonderful vintage clips of them learning the craft and even bombing in all important first appearances on the Tonight Show. Success with Johnny often led to a call from the networks.

When Seinfeld got that call he was asked for his ideas for a show. The answer was that he didn’t have any. “The meeting is in a large building with a logo on it.” He recalled. Wrongly that led him to assume that they conceived shows and cast talented actors for the roles. Fortunately, his friend Larry David had some ideas and they came up with the show about nothing. Set around a New York standup comic and his inept circle of friends.

At first the audience didn’t get a show about nothing. It was almost knocked off the air by the Tim Allen hit “Home Improvement.”

We learn that Bob Newhart initially didn’t want to leave a very successful career as a traveling standup for the regimen of a sitcom. Actually he had a hit LP before he every appeared on stage. We learn that he was an accountant before he was a comic. The network wanted him to speed up his trademark stutter step, halting delivery. The slow pace and timing was essential to his comic impact.

It is surprising to learn how hard Ray Romano worked at becoming a comic. After early frustrations he almost quit. At the time he was living at home cared for by an Italian mom. Many young men in such situations are reluctant to leave home and mama’s cooking. Those insecurities were concocted into a hit show.

Following his years as a TV comic Romano won critical acclaim for taking on dramatic roles.

Having made lots of money from their shows and reruns they all seem to live comfortably. But there is the unquenchable urge to get laughs. They all flirt with their first love standup.

As Seinfeld put it just about anyone can get a laugh. The trick is to do it at 9pm in Cleveland in front of a live audience. That’s what earns the big bucks.

Explore trailblazing moments of television history when PIONEERS OF TELEVISION returns to PBS, Tuesday, April 15, 2014, featuring standup comedians who landed sitcoms, TV doctors and nurses, standout comedic actors and those who broke the color barrier on television. Offering inside stories from some of America’s most beloved television stars, the fourth season of the Emmy-nominated series reveals intriguing behind-the-scenes stories and fascinating facts about television’s best-known and influential celebrities.

The fourth season combines new interviews with legendary stars, such as Ray Romano, Bob Newhart, Robin Williams, Jimmie Walker, Leslie Uggams, Roseanne Barr and Dick Van Dyke, with never-before-seen images and timeless footage that continues to entertain TV viewers’ decades later. PIONEERS OF TELEVISION’s first-hand look at the medium is guided by the stories of television icons and their reminiscences about the iconic genres they helped popularize.

“We are thrilled to bring another season of PIONEERS OF TELEVISION to PBS,” said executive producer Steve Boettcher, who, along with producing partner Mike Trinklein, has helmed numerous specials and series on television’s breakthrough performers. “From stars that had Americans howling with laughter in front of their television screens, to the ones who broke barriers — and maybe even some who saved lives — this season’s line-up features legends who paved the way for contemporary television.”

“The fourth season of PIONEERS OF TELEVISION continues the series’ winning formula of bringing television’s most well-known stars and their lesser-known stories to PBS,” says Donald Thoms, PBS Vice President of General Audience Programming. “The show does a masterful job of serving us the history of the medium while telling us the backstage tales of America’s favorite shows.”

The genres highlighted in this season of four one-hour PIONEERS OF TELEVISION episodes include:

DOCTORS AND NURSES
Tuesday, April 22, 2014, 8:00-9:00 p.m. ET
From George Clooney on “ER” to Richard Chamberlain on “Dr. Kildare,” television’s long love affair with doctors and nurses shows no signs of letting up. Noah Wyle, Anthony Edwards, Gloria Reuben and Eriq LaSalle open up about the secrets of “ER”; Howie Mandel, Ed Begley, Jr. and Christina Pickles revisit “St. Elsewhere.” The episode features the final interview with Chad Everett of “Medical Center” before his death in 2012.

ACTING FUNNY
Tuesday, May 6, 2014, 8:00-9:00 p.m. ET
This episode peeks behind the curtain to reveal the techniques of America’s favorite comedic actors. The program features the manic improvisational style of Robin Williams and his comic predecessor, Jonathan Winters. Their style is a fascinating contrast to Tina Fey, who explains her measured, highly prepared approach. The episode also highlights the all-time #1 Emmy Award winner for comedy acting: Cloris Leachman.

BREAKING BARRIERS
Tuesday,  April 29, 2014, 8:00-9:00 p.m. ET
This episode traces the story of people of color on American television — including the mid-1960s breakthroughs of African Americans Diahann Carroll (“Julia”) and Bill Cosby (“I Spy”). Latino landmarks range from “I Love Lucy” with Desi Arnaz to “Miami Vice” with Edward James Olmos. Also featured are Asian Americans such as George Takei (“Star Trek”), who details the childhood years he spent in a Japanese-American internment camp.