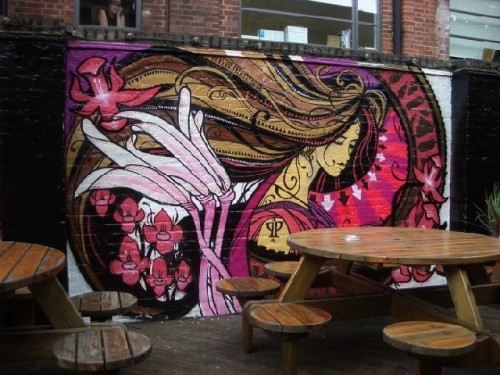 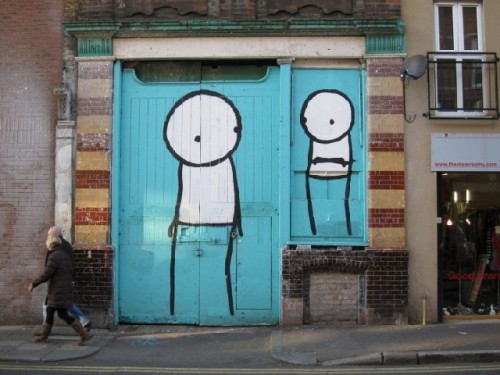 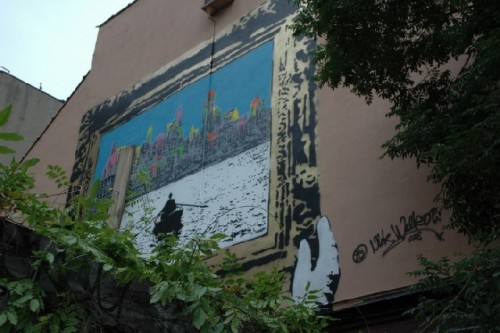 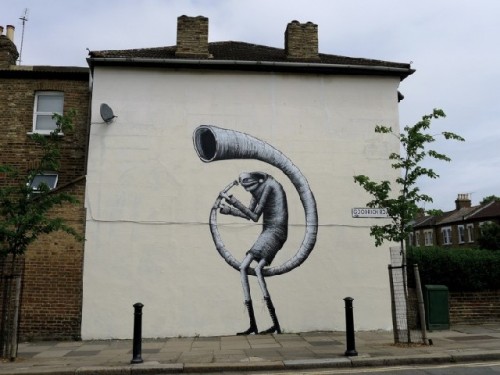 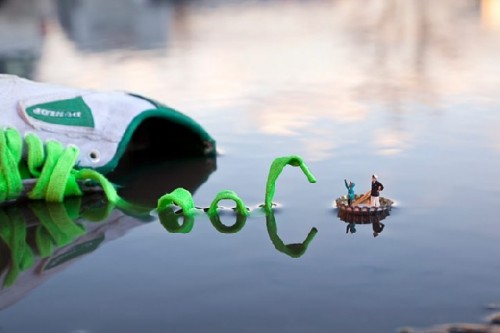 Think street art, and chances are you think Banksy. For some, he’s the wittiest man ever to have touched a spray can, while others consider him nothing more than an overhyped phenomenon with a technique and style that’s just a reproduction of other artists’ work from 20 years ago. Love him or hate him, his work never fails to stir up a buzz. But think Banksy’s the most exciting artist to emerge from the UK? Think again. Britain’s streets are home to some of the world’s most diverse and talented artists.

Take Tom Bingle, aka Inkie, the Bristol-bred, London-based graffiti artist with a trailblazing legacy. He’s been a key part of the street art movement’s evolution since the early 80s, when graffiti finally made its way across the pond and erupted in the UK. Painting alongside 3D (of Massive Attack) and Banksy, they formed the “holy trinity” of artists instrumental in putting Bristol on the map as Britain’s graffiti capital. And his enthusiasm for the craft is still abundantly clear – he curated and organised Europe’s largest street art project just a couple of years back.

Take a stroll around East London and it’s impossible to miss Stik’s community of simple but whimsical figures, observing silently from shop shutters and chimney tops. Spending 18 months homeless in London led Stik to develop a close relationship with the streets, and with that the ability to express an impressive amount of emotion through what is essentially just a few lines and some dots. Though he’s managed to keep a relatively low profile, his trademark stickmen are embraced by the locals and have become a welcome sight in London’s streetscape.

It’s not hard to see that Nick Walker has been a significant influence on Banksy’s work. A fellow forerunner of the UK’s street art revolution, he’s cited as being the first to introduce stencil graffiti to Bristol back in the 80s boom. Over the following few decades he continually adapted and evolved his style, combining stencil with freehand to create dynamic yet stylistic art works. Look out for Walker’s black-suited, bowler-hatted alter ego, The Vandal, on the streets of Europe’s major cities – he’s usually running amok with a tin of coloured paint in hand.

Widely regarded as one of the world’s greatest and most exciting muralists, Phlegm started out as an illustrator, developing his wild, fantastical creatures first on paper before releasing them into the urban landscape, where they found homes in Sheffield’s abandoned buildings and disused spaces. Through his illustrations he created a disjointed storybook-like narrative of telescopes, zephyrs and haunting, yet intriguing characters. He’s since taken his dream world abroad, and now his intricate, monochrome beasts can be found in all corners of the world from Switzerland to Sri Lanka.

Photo by Slinkachu, from mymodernmet

“Subtle, empathic, poignant”, Slinkachu might just be the anti-Banksy. The former art director has been installing miniature dioramas on the streets of London since 2006, depicting modified plastic train set figures in everyday scenes: a teenager skateboarding an orange peel, a couple hiking through a plant pot, a father and son sailing a bottle cap boat. Naturally, they don’t tend to hang around long, with many of his little people swept up in the chaos of urban life, or simply left never to be found. For Slinkachu, “it’s far better that their fates remain unknown. It feels right, somehow, that they really are lost.” But the few observant passers-by who are lucky enough to stumble across his art are treated to a wonderfully distorted, miniature reality.

And next time you’re in the East End, be sure to look out for the work of the elusive and versatile new artist, Jonesy, whose beautiful bronze and wooden sculptures are creating a real stir in London’s street art scene.

About Susannah Taplin: Originally from the UK, I'm currently enjoying post-graduate life in Berlin, where you'll find me wandering around fleamarkets and brunching the weekend away. I'm a big fan of slow breakfasts, old bikes and cozy cinemas. Favorite cities: Copenhagen, Budapest, Berlin (of course!)View other postings by Susannah Taplin.