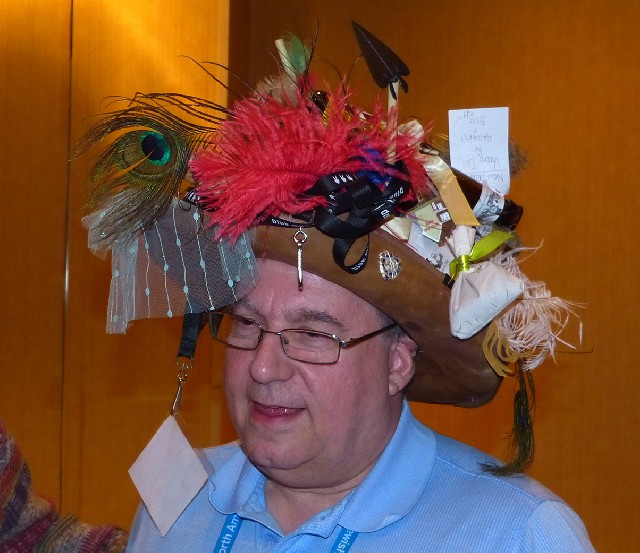 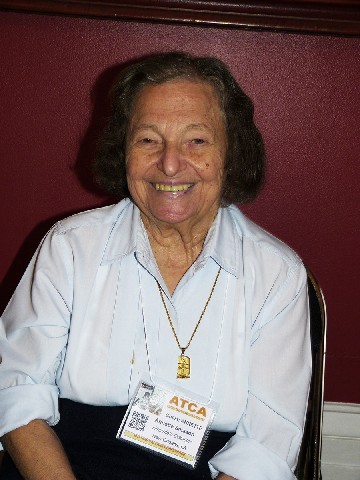 Alan’s mother Annette was on hand for the opening night reception.. 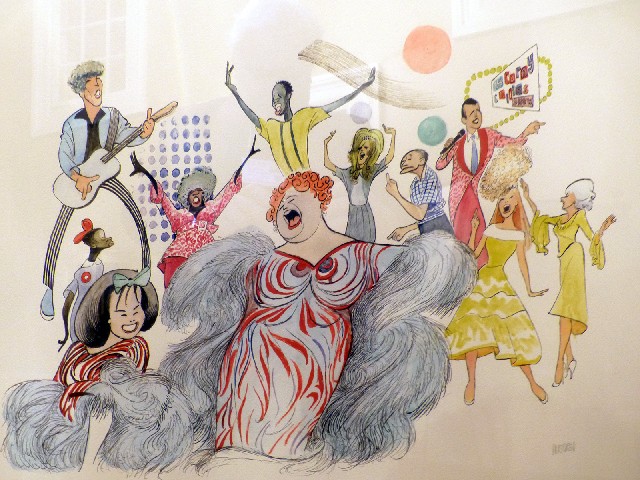 One of the many Al Hirschfeld illustration’s in Annette’s collection. 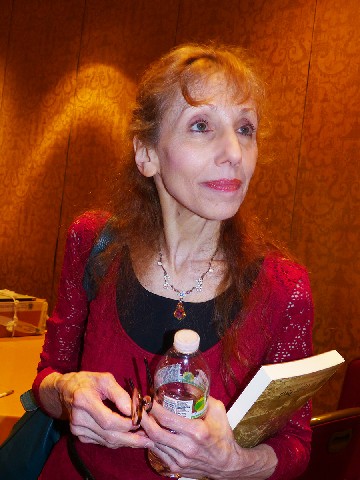 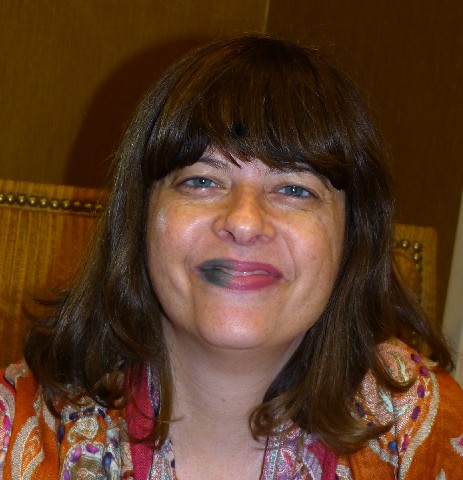 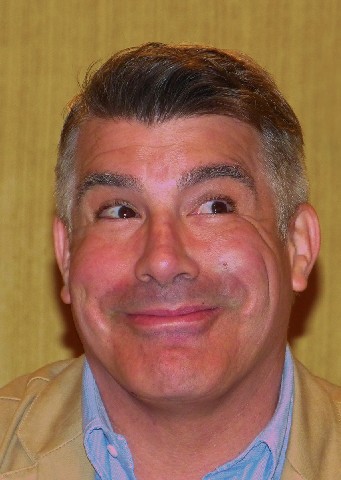 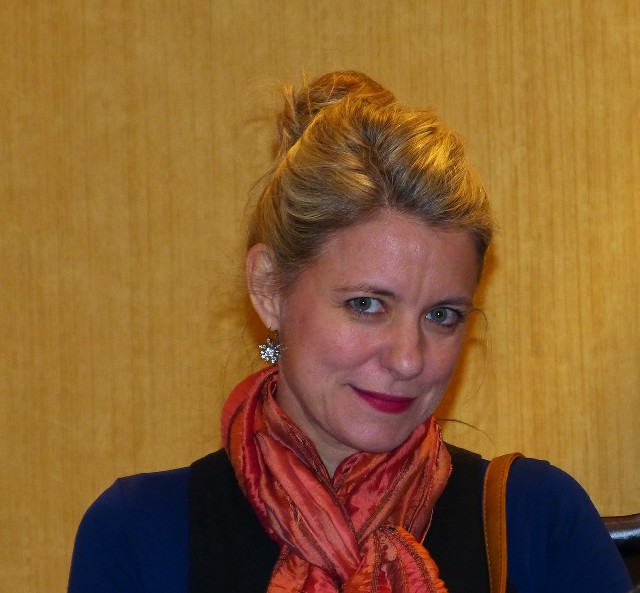 Aimee Hayes is the artistic director of Southern Rep. 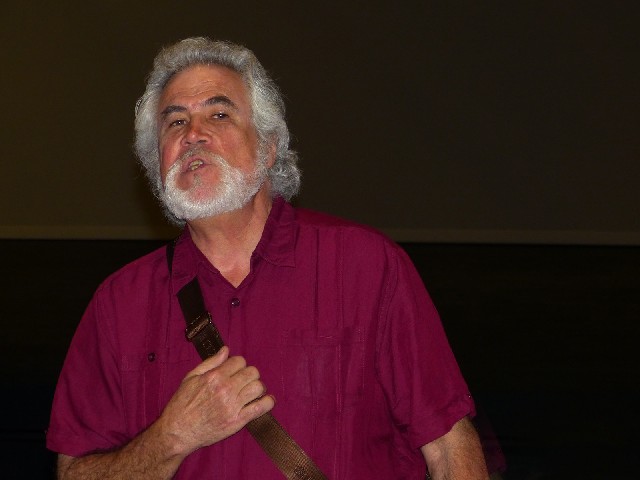 It has taken Dennis Assaf some 37 years to build the about to open Jefferson Performing Arts Center. 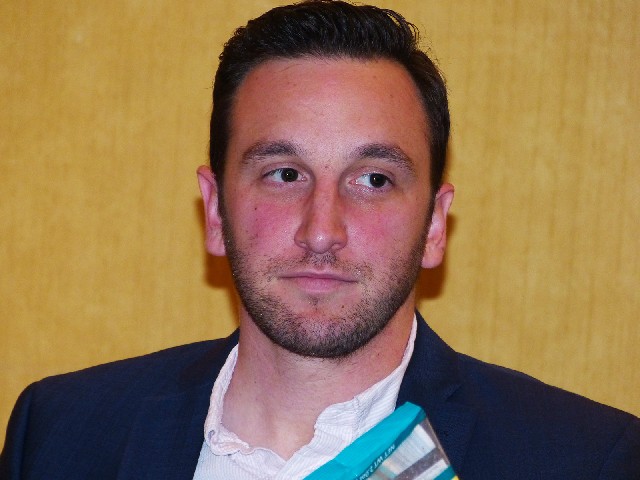 A. J. Allegra started his homeless company The NOLA Project while a graduate student at NYU. 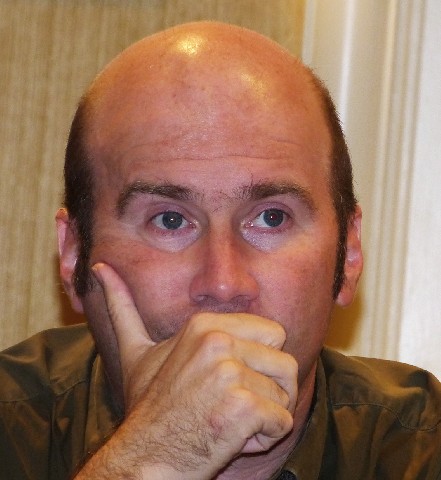 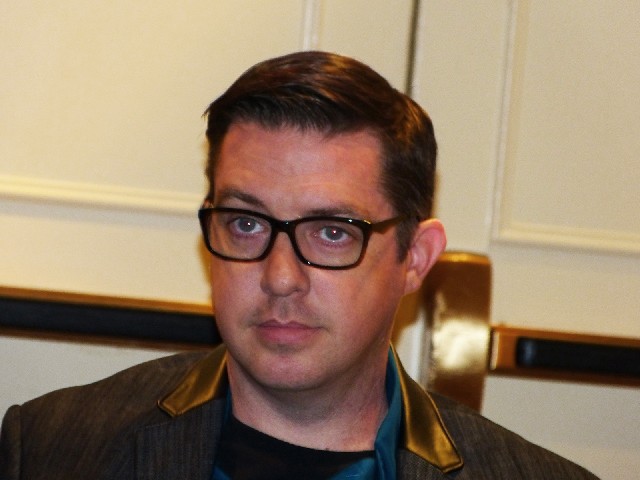 Gary Rucker and his partner upgraded a community center in decline. 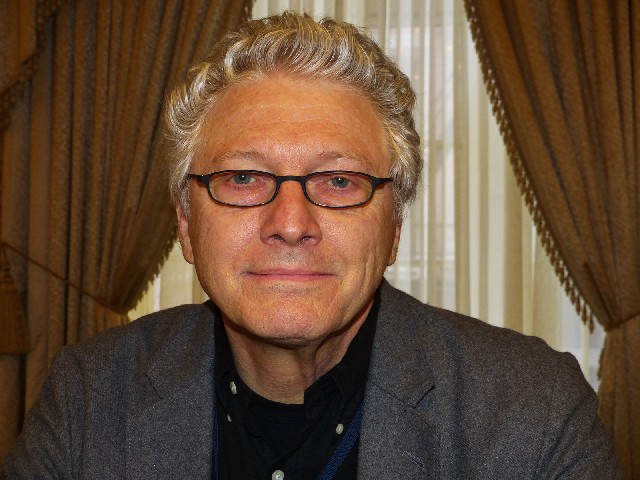 Organized by local member, Alan Smason, the American Theatre Critics Association met recently in New Orleans. The annual general membership conference overlapped and interacted with Tennessee Williams New Orleans Literary Festival. There were many highlights and insights with this as our first of several reports of a lively encounter with The Big Easy.

Our hotel, the Astor Crowne Plaza, was on the edge of Bourbon Street and the French Quarter where the party never stops. Strolling home at night after theater, dining, or enjoying beignets at Cafe du Monde, the mayhem and decadence evoked the circles of Dante's Inferno updated to the decline and fall of Western Civilization.

One had to be up bright and early for the "enhanced" continental breakfast before general meetings, panel discussions and other events.

During one of those sessions the distinguished Primus Prize for an emerging playwright was given to Jennifer Haley for "The Nether." The prize comes with a modest cash award but means a lot in terms of career enhancing professional recognition. At the upcoming Humana Festival in Louisville the Steinberg Award for the best new American play will be presented. The committee reads some 25 plus plays around the Holidays. It was chaired by many years by Bill Hirschman who is the new ATCA president. Last year the winner was Lauren Gunderson who was also a terrific keynote speaker when we met in Louisville.

In recent years NOLA has ratcheted up as a location for shooting film and television. But we heard from artistic directors regarding the struggles to sustain gypsy theatre companies, as well as unique bonding, after the devastation and FEMA fiascos following hurricane Katrina.

A blend of indigenous excess and raw survival, with some of the nation's finest cuisine, informed the work of Williams as well as those currently contributing to the rich and diverse creative life of our nation's most unique and truly multi-cultural city.

As grand master of ceremonies Smason was a colorful presence augmented during the opening night reception by his remarkable mother Annette. There were easels displaying works from her extensive collection of theatrical illustrations by Al Hirschfeld. For his efforts Smason is custodian of the Conference Hat to which each organizer adds a significant ornament. In this case Alan decorated the garish lid with a genuine Voodoo fetish figure.

Each year there is a major conference in a different city with a mini weekend which, in the fall of 2014, was held in New York. Since joining the organization we have visited Chicago, Indianapolis, as well as attended festivals in Shepherdstown, West Virginia and Louisville, Kentucky. In 2016 ATCA will meet in Philadelphia with a likely trip to San Francisco after that. It has been an invaluable opportunity to experience the range and variety of American theatre. In addition to attending performances there has been networking as well as a formidable learning curve ranging from a keynote speech by Terry Teachout of the Wall Street Journal in Chicago as well as a remarkable session with former New Yorker critic, John Lahr, in New Orleans. He discussed his recently published book “Tennessee Williams: Mad Pilgrimage of the Flesh.” We will come back to that in a report on the Williams sessions and performances.

On a personal note New Orleans will be remembered for being nominated and elected in a close race to a one year term on ATCA's executive committee. It is an interesting time for the organization which is in transition from the decline of print to the proliferation of on line posting. The keynote speaker, Hedy Weiss of the Chicago Sun Times, discussed how training in dance led to a long standing job. The account of struggles to hang on through cutbacks and buyouts resonated through the room.

Rather than fight it why not join the trend? There was a session on how best to use social media as well as concerns for the state of criticism when there is a glut of Tweets on opening night. Some of this activity occurs before the curtain even falls. Here in the Berkshires, by the time the paper of record posts a review, it's old news and literally yesterday's paper. With some nostalgia I recall midnight deadlines at the Boston Herald Traveler when the arts staff had about an hour to file a review. A holdover of that discipline means trying to get reviews posted by noon the next day.

Smason's panel with artistic directors discussing struggles post Katrina was truly poignant. During our visit we heard numerous personal accounts of how the levees broke on Monday and the U.S. Government showed up on Friday. Who will ever forget "Brownie, you're doing a heck of a job" when George W. Bush congratulated FEMA director Michael Brown. A year after Katrina we visited the 9th Ward where, other than Habitat for Humanity and a project to build a village for musicians, there was painfully little evidence of recovery.

Asked how many theatre companies were lost post Katrina the surprising answer was just one. The extreme circumstances evoked a lot of sharing and networking. In the opinion of playwright and former theatre critic, Jim Fitzmorris, it helped to break down the closed shop obstacles of the old oligarchy. The process of rebuilding the arts community resulted in new opportunities and openness. As someone put it while the nation was plunged into an economic downturn funding and jobs were pouring into New Orleans.

The usual Louisiana graft and corruption has prevailed since the era of the Kingfish, Huey Long. With some irony Dennis Assaf described the 37 year old process of creating the Jefferson Performing Arts Center. It is in the final stage of construction and during a bus ride we were given a preview of the 1,100 seat facility which will host music and opera in addition to theatre. It was noted that the Super Dome went up faster and was constructed closer to budget.

Other artistic directors described variations on the theme of musical chairs in seeking places to perform. For Gary Rucker and his partner it meant renovating the down on its luck suburban Rivertown Theaters for the Performing Arts. Keeping the theater alive means that nobody gets paid beyond gas money.

The most "established" company is Southern Rep. We saw the Williams Play "Suddenly Last Summer" at the new Ashé Power House Theater. The production was directed by Aimée Hayes the artistic director of the company.

A true gypsy is A.J. Allegra the artistic director of The NOLA Project. While a graduate student at New York University he started his theater on the run productions. He was in the cast of "I Never Get Dressed on Till After Dark on Sundays" a reading of a Williams one act play in the ballroom of a hotel by members of The NOLA Project. "I guess this is what you meant" I said to him after the performance. He responded with a smile "Exactly."

While not a notable theater town compared to other urban centers New Orleans continues to incubate actors, directors and playwrights. There was a fun and informative dialogue between Smason and the actor Bryan Batt who is best known for his role as the closeted design director, Sal Romano, on Mad Men. A member of a long standing New Orleans family he related that it was Helen Hayes who talked his parents into allowing him to leave for a career in New York. She sent flowers on the opening night of his first Broadway role.

Batt described how he was written out of the show during the third season. When Don Draper fired him there was a hurtful line about "You people." The actor who is open about his private life played a closeted gay man. His dismissal was shocking and upsetting to fans of the series. During the Q&A I commented that the show was nothing like the 1960s as I experienced it. Indeed Mad Men was closeted and not just Sal. His character represented the repressed spirit of revolution and change signified by the hucksters of Madison Avenue.

During a panel of playwrights in the Williams program we heard from New Orleans native John Biguenet. He conveyed rage about the government neglect and apathy that resulted in people drowning or expiring through dehydration while waiting to be rescued from attics and roofs. He emphasized that the carnage came after the hurricane when through negligent engineering the levee was breached. The water rose by eight feet in an hour. His play "Rising Water" focuses on a couple trapped in their attic. Stating that every community has "witches" or demonized elderly women he wrote the successful one character play "Broomstick" which has been widely performed.

Outside on Bourbon Street the party never stops. Few if any of the drunks and tourists staggering about have any sense of the human cost of a great city and community to struggle back from the brink of oblivion. How quickly we forget that people died in the Super Dome. The efforts of the artistic community sustain the proud legacy that puts heart and soul into its unique creative gumbo.

In the Big Easy desire is more than the name of a famous streetcar.