The Juilliard415 at Carnegie Hall

The Juilliard415 performs baroque music and in this program, Handel. 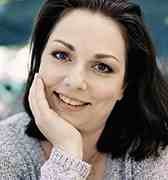 The elegant and delightful Dorothea Roschmann. 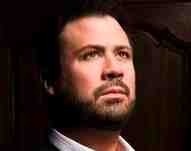 David Daniels, a counter tenor for all ages.

While the clarity and beauty of all music performed in Carnegie Hall is of the highest order, even by these lofty standards, the Handel concert performed by Dorothea Roschmann, David Daniels and the Juilliard415 was a gem.  Daniels’ voice is a thing of special beauty.  Roschmann has a mezzo-rich soprano., which gives her lyricism an elegant heft.  Together in duets they complimented each other perfectly in music a not so modest Handel observed was ‘full of novelty and exquisiteness.’

The program opened with a performance of the Overture to Rodelinda by the Julliard415, a group committed to early music.  Jory Vinikour on the harpsichord and Monica Huggett on violin directed.  The authority with which Huggett and Vinikour kept the precise, lovely Handel lines going, in a Passacaliga and Concerto, gave great pleasure.

Ladies first.  Swooping on stage with a full-length Fire-and-Ice red chiffon gown and a matching cape, Roschmann opened in a lament for her recently deceased husband.  As Rodelina, a full-scale dramatic heroine, she fully committed to her character and the music.  Although she was all fire, she also displayed the cool, sympathetic musical approach Handel’s music calls for.  Roschmann displayed a keen ear for tone quality and variations in color, rhythm and tempo.   She swelled and ebbed as she sang, displaying masterful control of the dynamic throughout the program.

Handel often composed for the counter tenor, and well understood its qualities.  The purity of tone and musicality of a singer like Daniels ideally suits Handel’s music.

Daniels still has  to deal with some of the old-fashioned reactions to the range: that “..falsetto singing …is weak, unnatural and unmanly.”   In Handel’s time, one counter tenor was hired to do a puppet show in opposition to Handel’s oratorios.  That singer ended up first in prison and then in Bedlam.  A squawk in falsetto?  Someone needs her ears irrigated.

For Daniels this voice range  sounds natural and in fact is. He started out as a tenor and found himself more comfortable in the higher ranges.  Falsetto, a dreadful sounding word  and a lovely sound, is usually created by basses and baritones.  It often has no chest tones.  Daniels does, although he uses them sparingly.  Daniels approach may be cool and sympathetic, but he clearly has humor when it is appropriate and can change pace on a dime.

We have been fortunate to hear Daniels this season in two roles at the Lyric Opera of Chicago, Oberon in Midsummer Night’s Dream (Britten) and the Lichas in Handel’s Hercules.  In both he displayed not only a voice of consummate beauty and musicality, but also full of nuance and color.  Daniels has re-focused attention on this voice range.  When you think about it, doo-wop and Stevie Wonder deploy the same techniques.

Daniels will close out the season at the Metropolitan Opera in Gluck’s Orfeo and Eurydice.  His resonance distinguishes him from mezzo Stephanie Blythe’s recent take on the role.  Also, in contrast to mezzos who have played Orfeo as ‘woe is me,’ Daniels sees anger in the man, and goes for it.  Arias are often what he calls ‘red,’ not pale at all.  Next season, he does a full production of Rinaldo at the Lyric Opera of Chicago.  We need to hear Roschmann more stateside.

With the Juilliard415, Roschmann and Daniels at Carnegie Hall, we are reminded that a thing of beauty is a joy forever.