Lauren Gunderson Wins for I and You 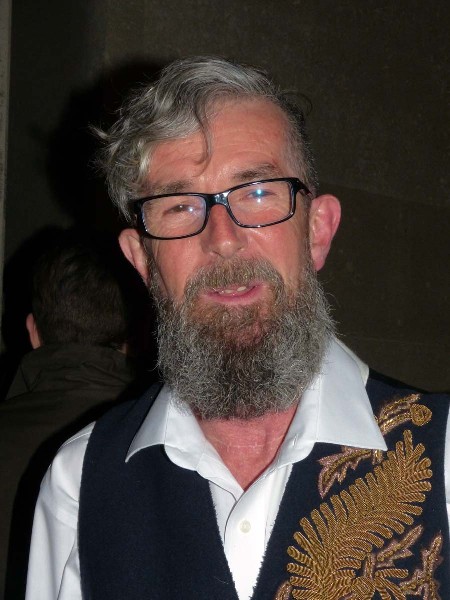 Les Waters is the artistic director of Actors Theatre of Louisville. Giuliano photos. 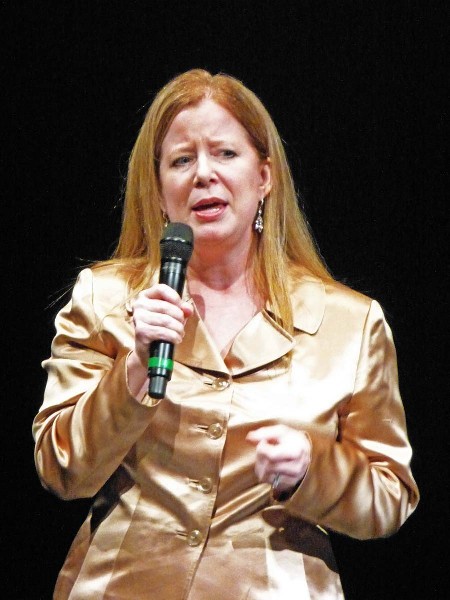 Jennifer Bielstein is the managing director. 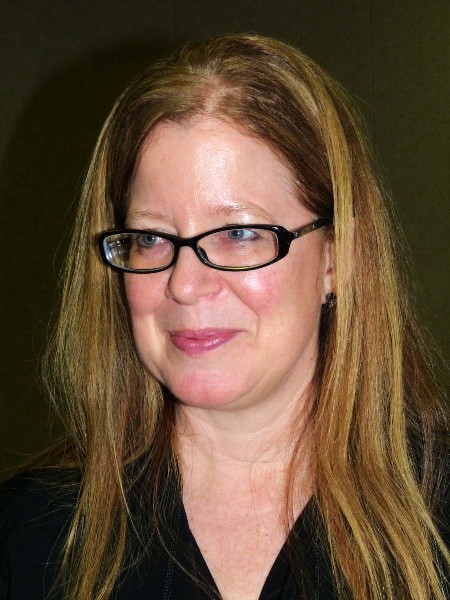 Bielstein and Waters met with ATCA members to discuss the festival. 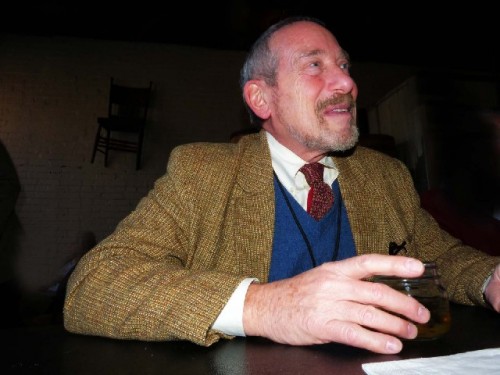 Jonathan Abaerbanel of Chicago is president of ATCA. 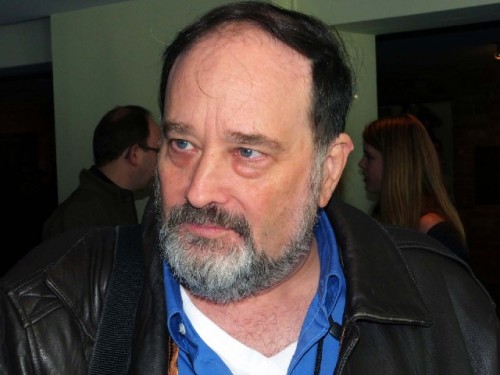 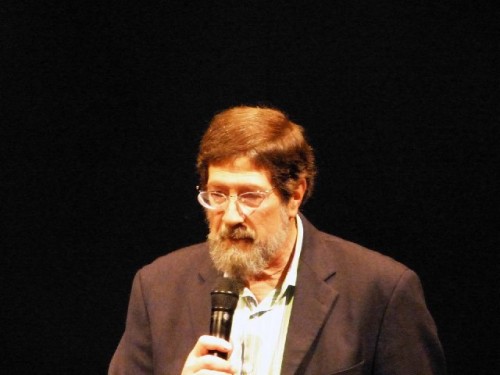 Harold Steinberg discussed the importance and commitment to the awards. 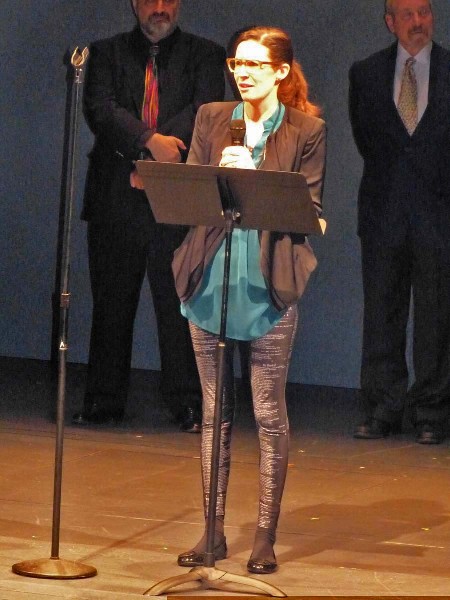 Lauren Gunderson on stage at Humana. 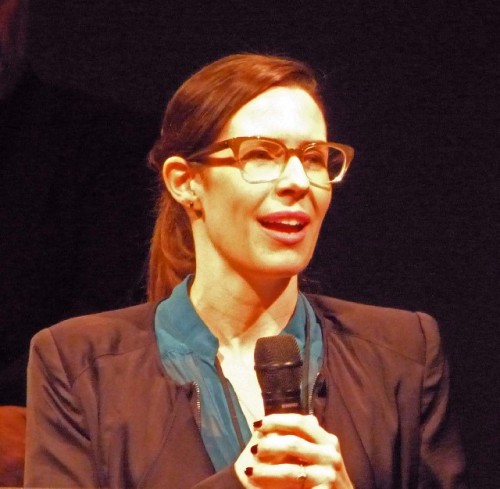 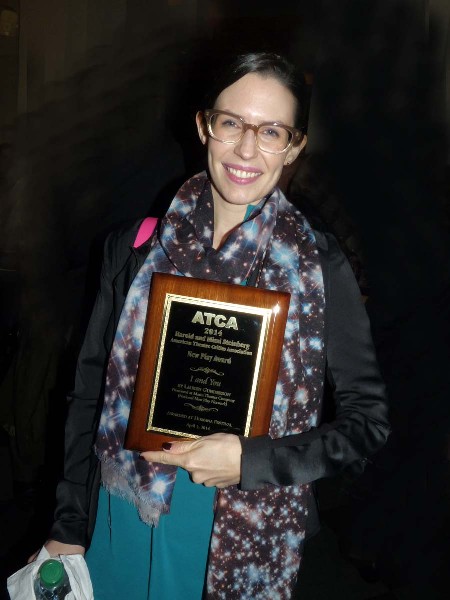 With the Steinberg Award. 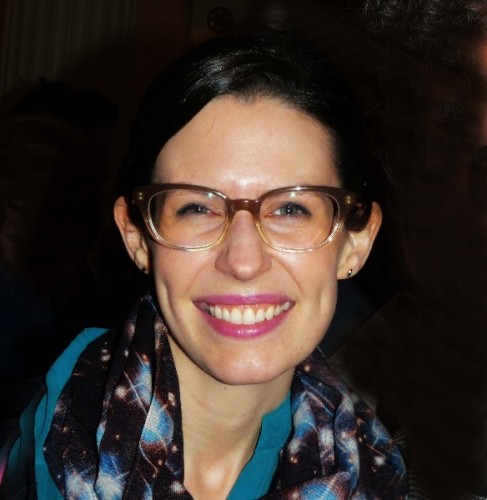 Pleased by recognition of her work. 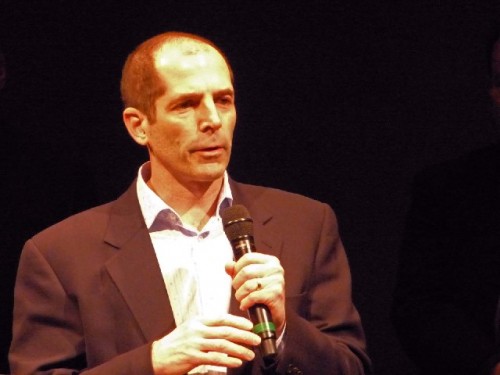 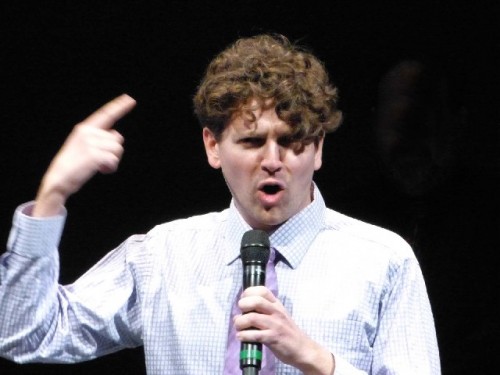 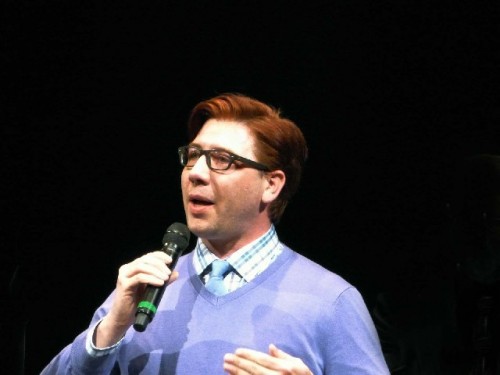 Last night at the 38th Humana Festival of New American Plays in Louisville, Kentucky San Francisco based playwright Lauren Gunderson was honored for her play “I and You."

Coinciding with the prestigious Humana Festival it was the annual conference meeting of the American Theatre Critics Association which juries the Harold and Mimi Steinberg/ATCA New Play Award.

Breaking with tradition for the first time, Gunderson, a non critic, was invited to deliver the keynote address and fielded questions.

Probing the complex relationship between creators and critics she described the world premiere of plays as a make or break situation. A poorly reviewed play can be sandbagged by harsh reviews.

Ironically this was almost the case for the award winning “I and You” which was received poorly when it opened in San Francisco.

As a unique part of its development, however, as a part of a rolling world premiere arrangement it was already slated for two other productions. With rewrites and tweaking it has emerged as an award winning hit that is likely to have an extended life with numerous future theatres.

She vividly described at least a dozen drafts before a new work begins the process of readings, previews, and rewrites based on early audience responses.

There was an insightful discussion of the difference between reviews which put down and bury emerging plays and those that offer reasons and critical analysis of what should properly be viewed as a work in progress.

During the several days that we attended the Humana Festival Gunderson was a regular presence with her mother. They were also seeing a dense schedule of plays and a number of ATCA members talked with her between shows.

When she was announced as the recipient of the Steinberg Award it felt like it was given to a member of our family.

It is interesting that ATCA offers no awards to critics. That follows the general notion that critics are often viewed as an adversary of the creative process. Or, predictable cheer leaders and shills coughing up juicy pull out quotes for theatre ads and billboards.

On Broadway it is not uncommon to see entire rave reviews blown up outside of theatres. Even in the case of a show that gets terrible reviews a PR person will manage to find a favorable line or even a single word buried in a rough review.

There is some irony that ATCA opts not to honor its own but sponsors the nation’s most prestigious and generous recognition of new plays. The rationale is that without the health of regional theatre and new plays there is no future for critics.

In accepting their awards by those honored last night all of the recipients commented that they were particularly pleased and moved that they were being recognized by critics. Several expressed their gratitude toward specific critics in their communities for their support and constructive insights.

In addition to the Steinberg Award there is also the Osborne Award, which comes with a $1,000 honorarium given to an emerging critic. In an acceptance speech, Topher Payne, of Atlanta, demonstrated that if writing plays doesn’t work out he has a promising career as a standup comic.

What follows is the statement from ATCA.

The American Theatre Critics Association (ATCA) has selected Lauren Gunderson’s I and You as recipient of the Harold and Mimi Steinberg/ATCA New Play Award, recognizing playwrights for scripts that premiered professionally outside New York City during 2013.

Gunderson’s delicate but droll play about teenagers exploring life and death received $25,000 and a commemorative plaque at the Humana Festival of New American Plays at Actors Theatre of Louisville on April 5.

Two citations that carry $7,500 each were presented to Christopher Demos-Brown for Fear Up Harsh and Martin Zimmerman for Seven Spots on the Sun.

At $40,000, Steinberg/ATCA is the largest national new play award program recognizing regional theaters as the crucible for new plays in the United States. In 1977, ATCA began to honor new plays produced at theaters outside New York City, where there are many awards. Since 2000, the award has been generously funded by the Harold and Mimi Steinberg Charitable Trust.

I and You, which has already had three productions, focuses on Caroline, a cranky high school student in desperate need of a liver transplant. She is enticed by classmate Anthony, a level-headed basketball star with a taste for English lit, into helping him finish a school project deconstructing Whitman’s Leaves of Grass. As their quirky relationship evolves, they explore the meaning of life and death without a shred of condescension or pretentiousness. Awash in humor and sharp insights, the play grows quietly toward a surprising, overwhelmingly moving conclusion. It premiered in October at Marin Theatre Company as part of the National New Play Network’s rolling world premiere program.

Gunderson is a prolific playwright, screenwriter, teacher and short story author based in the San Francisco area, who had five world premieres in 2013 and 2014. Her works include Exit Pursued by a Bear, Leap, Toil & Trouble, By and By, Silent Sky and Bauer. A Playwright in Resident at The Playwrights Foundation, she is a Dramatists Guild member and was a member of Just Theatre’s New Play Lab.

Demos-Brown’s Fear Up Harsh is the secret backstory to the awarding of a Congressional Medal of Honor to a wounded Marine. The truth emerges in this mercilessly penetrating interrogation about how our need for heroes undefined a need even among the heroes themselves – can trump the very values of truth, honor and loyalty that they fought to preserve. The play received its world premiere at Zoetic Stage in Miami in November.

Zimmerman’s Seven Spots on the Sun is a meld of magical realism and political issues. It is an affecting tale that examines whether forgiveness is truly possible, set against the ravages of civil war, lust, plague and a consuming need for vengeance. A widowed doctor in a small village and a newly-married soldier charged with subduing dissent take converging journeys towards redemption in this harrowing play that was unveiled at Cincinnati Playhouse in the Park in October.

Hirschman said this year’s entries validated the future of a vibrant 21st Century theater that vividly mirrors today’s issues. “The plays reflect themes and settings encompassing bullying, racism, sexual identity in a repressive society, a street-level view of the aftermath of Hurricane Katrina and genocidal civil war. Some works completely re-invented established 20th century works like The Crucible, The Seagull and The Heiress for a new century audience. They showed how technology is creating previously unimagined ethical questions and asked tough questions about how the economic downtown has challenged what people thought were their unshakeable values.”

For a full list of 38 years of winners and runners-up, go to www.americantheatrecritics.org and click on Steinberg-ATCA.

The Harold and Mimi Steinberg Charitable Trust was created in 1986 by Harold Steinberg on behalf of himself and his late wife. Pursuing its primary mission to support the American theater, it has provided grants totaling millions of dollars for new productions of American plays and educational programs for those who may not ordinarily experience live theatre.

ATCA was founded in 1974 and works to raise critical standards and public awareness of critics’ functions and responsibilities. The only national association of professional theater critics, with members working for newspapers, magazines, radio and television stations and websites, ATCA is affiliated with the International Association of Theatre Critics, a UNESCO-affiliated organization that sponsors seminars and congresses worldwide.