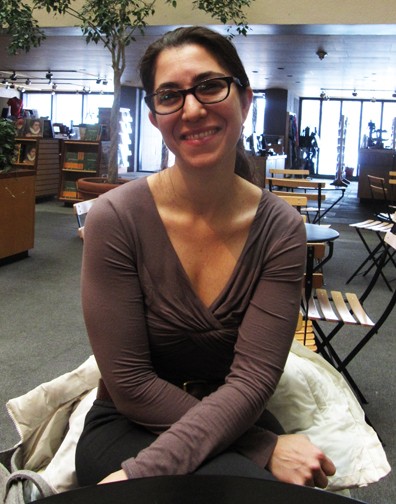 There has been a change of plan for the season opener under new artistic director, Jenny Gersten. Giuliano photo. 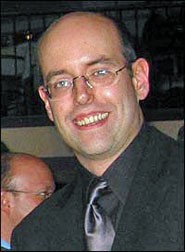 Christopher Ashley was to have directed You Can’t Take It With You. 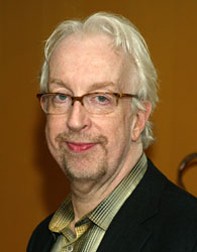 When we discussed the season opener with Williamstown Theatre Festival artistic director Jenny Gersten she described the Broadway bound comedy with a cast of 15, You Can’t Take It With You, as “a slam dunk.”

“This season was a lot about opportunity, “ Gersten said. “I got a call from my friend Liz McCann who I worked on Hair with and Passing Strange actually. She said I’ve been trying to do You Can’t Take It With You for four years and it would be great to start it at Williamstown. I said it would be a perfect show for Williamstown and let’s do it. She and I started talking months ago and we came up with this plan. I think it’s going to work for the director and it’s going to work for the cast. It just seems like a great opportunity.”

But it appears that Gersten was fouled while driving to the hoop for her first season in Williamstown. Launching her tenure at one of America’s most prestigious and venerated regional theatre companies with a Broadway bound production was indeed a major coup. It was an exciting eye opener that evoked considerable media attention and potential audience excitement.

With such a large cast it was off the map for the WTF budget. It is the kind of Broadway quality production that was only possible because of the synergy between Gersten and McCann.

Because of the cancellation of You Can't Take It With You Jon Robin Baitz’s two-person drama Three Hotels will open the 2011 Williamstown Theatre Festival Main Stage.  Tony Award-winner Robert Falls (Death of a Salesman) will direct Three Hotels, which will play June 29 – July 24, 2011.

We were out of town last week when the press release, posted below, was circulated. It was printed without comment by the mainstream media.

Our colleague Larry Murray, of Berkshire On Stage, had apparently been tracking the back story for several weeks through various Broadway sites and sources. It is interesting that he posted the only investigative news report on this significant change. Please link to Murray’s site for full details.

Three Hotels replaces the previously announced production of You Can't Take It With You, the casting of which was not able to be completed in time for its engagement at Williamstown Theatre Festival.

“Jon Robin Baitz has always been a writer I’ve held in high regard, and we feel so lucky to be able to present Three Hotels in what has turned out to be such a landmark year for him,” Gersten said.  “Three Hotels is a beautiful and overlooked play.  By presenting it on the Main Stage, WTF affirms our relevance in the American Theatre by continuing to serve as a home for our most important artists.  I anticipate finding two extraordinary actors for these powerhouse roles.”

In Three Hotels, Ken Hoyle is an ambitious hatchet man for a multinational company that sells defective baby formula in developing African countries.  His wife Barbara advises other young executive wives on life in the third world.  Their days as idealistic Peace Corps volunteers are far behind them – physically and metaphorically – and the succession of moral compromises has taken its toll.  Jon Robin Baitz weaves a timely tale of corporate misdeeds, personal tragedy, and marital discord that takes us into the private thoughts of a man and a woman searching for answers and aching for redemption.

WTF also announced additional programming for the 2011 season, including:

Free Theatre returns to the outdoors with Shakespeare’s rollicking farce of mistaken identity, The Comedy of Errors. One of Shakespeare’s earliest comedies, the play traces the adventures of two sets of identical twins unaware of one another’s existence in a small town.  Directed by former Sagal Fellow Johanna McKeon, with a raucous, Laurel and Hardy twist, this beloved, uproarious classic will play at Poker Flats Field July 13 – 16 and July 19 – 22 at 7:00 PM, offering the local community an opportunity to enjoy quality theatre as the sun sets on the beautiful Berkshire Hills.

Comedian (and Williamstown veteran) Lewis Black will host the renowned WTF Late-Night Cabaret Series, one of the only late-night cabaret scenes in the Berkshires.  These unique evenings of musical theatre and comedy, presented July 7 – 9, July 21 – 23 and August 4 – 6 at 10:30 PM in Goodrich Hall, will feature a mixture of Tony-winning Equity actors and members of the non-equity and apprentice corps.

Theatre artist Phil Soltanoff will be in residence at the 2011 Festival to create an outdoor performance piece about public space.  Transforming stairways, alleys, bus stops, and parking garages with kinetic movement and striking tableaux, the work will be performed at several sites in Berkshire County.  Exact times and locations will be announced in June.

Announcements regarding additional cast and creative team information for both Nikos Stage and Main Stage productions, as well as additional Festival events, are forthcoming.