Flight of the Phoenix 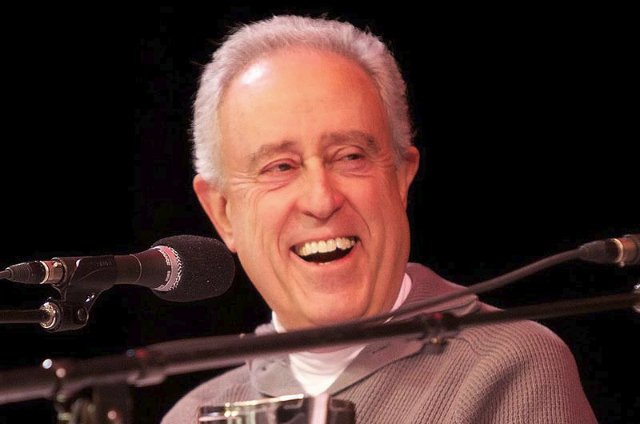 Arnie Reisnman is a graduate of Brandeis University Class of 1964.

Yes, you and Harper, to use your words at the close of your interview, certainly lived to tell the tale. But you not only filled it with watering holes but with all kinds of holes. Like confabulated facts. That’s what happens to memories at this age. You get things kinda right, but that’s not saying it’s gospel. Allow me to gloss over a few potholes in the interchange. But first, here’s an omission. When Harper Barnes was the editor of The Cambridge Phoenix and I was the editor of Boston After Dark, he and I had secret subterranean lunches. In 1970-71 he and I would meet one afternoon each week without the knowledge of our publishers to pick each other’s brain and make sure there was a bond of brothers between the staffs of the two papers while our owners crapped on one another. These lunches usually took place in the basement eatery of DuBarry’s on Newbury. Very French and completely out of the hippie milieu.
Let me surf-cast my blue pencil into your pond of print and randomly strike some things fresh and fishy. Here’s something easy - it’s Joe Klein not Kline. His spelling, rather than yours, is Jewish. Nobody left my staff to go work for the Phoenix while I was editor. When I announced in the fall of 1971 I was leaving, my news editor Paul Solman went over to the Phoenix and Teddy Gross soon thereafter assumed the editorship of BAD. Writers and editors working for me for my three years at that helm included Paul, Teddy, Bo Burlingham, Jon Lipsky, Marty Linsky, Richard Gaines (later a BAD editor), Mark Phillips (CBS News for many years and still there), Charles Giuliano, Charles Beye, Sid Blumenthal, Bob Blumenthal, Ben Blumenberg, Janet Maslin, Tim Crouse, Ben Gerson, Art Kaplan, Jon Landau, Ken Emerson, Deac Rossell, Larry Stark, Judy Quigg Stark, and cartoonist David Sipress (usually found today in the New Yorker). Oh yes, and one of my talented art directors was Lynn Staley, who married Marty Linsky and then went to become the design director for Newsweek. I’m sure I’ve left out someone crucial and if she or he is reading this, I sincerely apologize. YOUR NAME HERE.
It was not Frank but Ted Anzalone. He was not the city treasurer but Mayor Kevin White’s aide and married to Joanne Prevost, who ran the Real Property agency in Boston. Teddy Gross ran followups on Anzalone as he was about to head to trial for money laundering (convicted in 1984 on at least one count), but that story broke in BAD when I was there, not because we did the bidding of the FBI but because Fat Vinny Teresa, a lower level Mafia member, was testifying at the time and named a City Hall connection. When the local Boston establishment press did not expose that name, we went digging and discovered that Vinny actually said Ted Anzalone’s name, so we just quoted the hearing record. No big deal in terms of journalism ethics, but a big slap against city government.
I won’t start an unnecessary kvetch session here, because in fact I enjoyed reading this interview and taking the trip back down memory lane, no matter the potholes. But let me just add one more glitch: Before Ray Riepen bought the Phoenix from Jeff Tarter, he first tried to join forces with Steve Mindich and become the power behind BAD. Ray wanted a media empire. He wanted a newspaper and back in 1970 he didn’t care which one. I was privy to a financial discussion between Ray and Steve. The upshot was Steve was giving this serious thought, but it appears Ray wanted a bigger piece for his money and I think Steve showed signs of balking or trouble up the road. In short order, while the deal was still percolating, BLAM-O! - Riepen buys the Phoenix. I thought Steve was going to have a royal fatal fit - justifiably. But he got right back up, dusted himself off, and found new money to keep hope alive. So, when 1972 came around and the Phoenix staff was talking “union,” Mindich salivated. He circled over Richard Missner’s head - exactly where I would have been. Then another BLAM-O! - Missner sells the Phoenix to Mindich, giving him the paper’s name, circulation data, advertising rolls and the all-seeing glass eye of George Kimball.
Arnie
"There is a time to laugh and a time not to laugh, and this is not one of them." -- Alan Arkin as Inspector Clouseau, 1968