Broadway Across America in Indianapolis 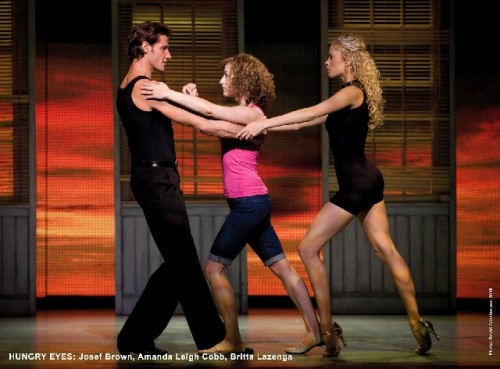 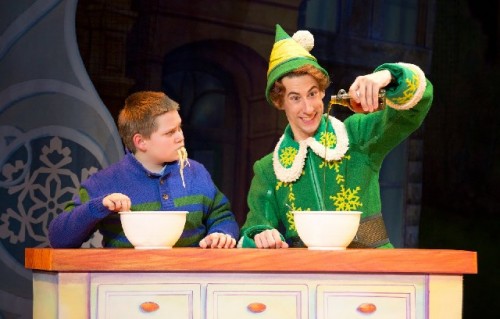 Broadway Across America announces the 2014/15 Indianapolis program. Season tickets are now on sale.

Elf is the hilarious tale of Buddy, a young orphan child who mistakenly crawls into Santa’s bag of gifts and is transported back to the North Pole. Unaware that he is actually human, Buddy’s enormous size and poor toy-making abilities cause him to face the truth. With Santa’s permission, Buddy embarks on a journey to New York City to find his birth father, discover his true identity, and help New York remember the true meaning of Christmas. This modern day Christmas classic is sure to make everyone embrace their inner Elf.

Direct from Broadway, the world’s best-selling magic show is coming to Indianapolis. This mind blowing spectacular showcases the jaw dropping talents of seven of the most incredible Illusionists on earth. The Illusionists has shattered box office records across the globe and dazzles audiences of all ages with a powerful mix of the most outrageous and astonishing acts ever to be seen on stage. This non-stop show is packed with thrilling and sophisticated magic of unprecedented proportions.

The world’s best-loved musical returns in time-honored form. Directed by original lyricist and director Martin Charnin and choreographed by Liza Gennaro, this production of Annie will be a brand new incarnation of the iconic original. Annie includes such unforgettable songs as “It’s the Hard Knock Life,” “Easy Street,” “I Don’t Need Anything But You,” plus the eternal anthem of optimism, “Tomorrow.”

One of the most enduring shows of all time, This Tim Rice & Andrew Lloyd Webber is the irresistible family musical about the trials and triumphs of Joseph, Israel’s favorite son. Directed and choreographed by Tony® production will feature Broadway/television star Diana DeGarmo (Hairspray, Hair) as The Narrator and Broadway star Ace Young (Grease, Hair) as Joseph. Retelling the Biblical story of Joseph, his eleven brothers and the coat of many colors, this magical musical is full of unforgettable songs including “Those Canaan Days” and “Any Dream Will Do.”

Dirty Dancing is an unprecedented live experience, exploding with heart-pounding music, passionate romance, and sensational dancing. Seen by millions across the globe, this worldwide smash hit tells the classic story of Baby and Johnny, two fiercely independent young spirits from different worlds who come together in what will be the most challenging and triumphant summer of their lives. Featuring the hit songs, “Hungry Eyes,” “Hey Baby,” “Do you Love Me?” and the heart stopping “Time of My Life.” London’s Sunday Express says “This crowd-pleasing stage adaptation hits the jackpot!”

It’s the ultimate feel-good show that has audiences coming back again and again to relive the thrill. Now it’s your turn to have the time of your life at this smash-hit musical that combines ABBA’s greatest hits, including “Dancing Queen,” “S.O.S.,” “Super Trouper,” “Take A Chance on Me” and “The Winner Takes It All,” with an enchanting tale of love, laughter and friendship. Whether it’s your first visit or your fourteenth, see the show that has the whole world coming back for more, because every time feels like the first time.

The romantic Broadway musical for all generations, Disney’s Beauty and the Beast, the smash hit Broadway musical, is coming to Indianapolis! Based on the Academy Award-winning animated feature film, this eye-popping spectacle has won the hearts of over 35 million people worldwide. This classic musical love story is filled with unforgettable characters, lavish sets and costumes, and dazzling production numbers including “Be Our Guest” and the beloved title song.

1. Select your seats in person at the Broadway in Indianapolis Box Office in the Marott Center at 342 Massachusetts Avenue, Monday – Friday, 9:00am-5:00pm

2. Order online 7 days a week/24 hours a day at BroadwayInIndianapolis.com.

Broadway in Indianapolis shows typically run for one week at the Murat Theatre at Old National Centre and Clowes Memorial Hall. Performance options are Tuesday through Thursday evenings at 7:30pm, Friday evenings at 8:00pm, Saturdays at 2:00 & 8:00pm and Sundays at 1:00 & 6:30pm. (All times are subject to change). An American Sign Language interpreted performance for the deaf is regularly scheduled for the Sunday evening, 6:30pm show. Audio described performances for the visually impaired are also available upon request. Anyone requiring either of these services or accommodations for the physically challenged should request so when purchasing season tickets.

Group sales information is now available for all shows. Reservations may be made by calling Group Sales Manager, Chris Schneider, at 317-632-7469 x 103 or email at Chris.Schneider@BroadwayAcrossAmerica.com. For more information visit BroadwayInIndianapolis.com.

Tickets for individual shows are not available at this time and typically go on sale to the general public 4-6 weeks prior to the opening of the show.

*parking is limited and cannot be guaranteed

Photos Courtesy of Broadway Across America