Fred Taylor on Jazz in Boston, Part One

When Copley Square Was Swingin 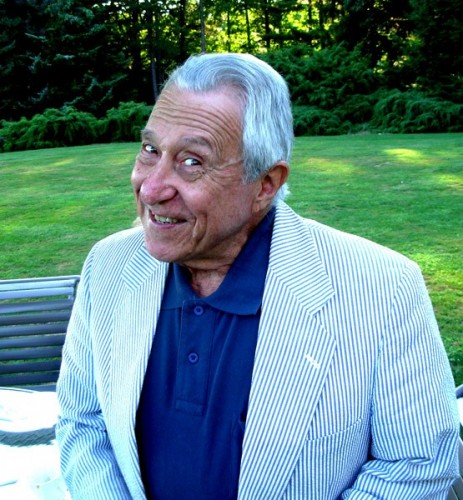 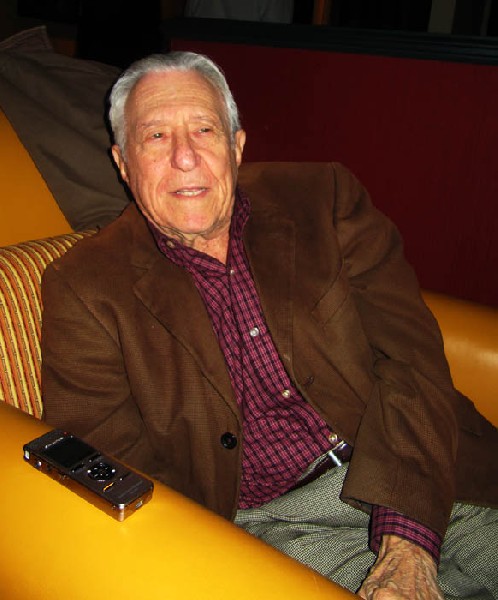 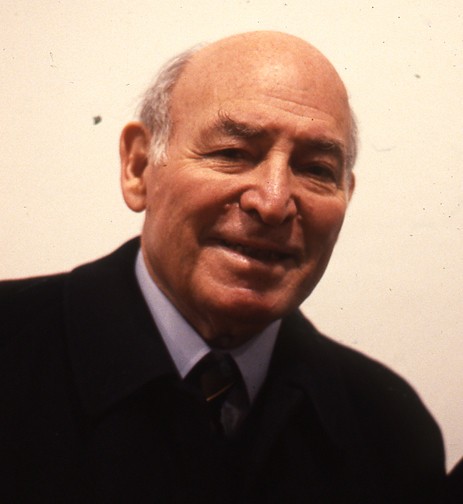 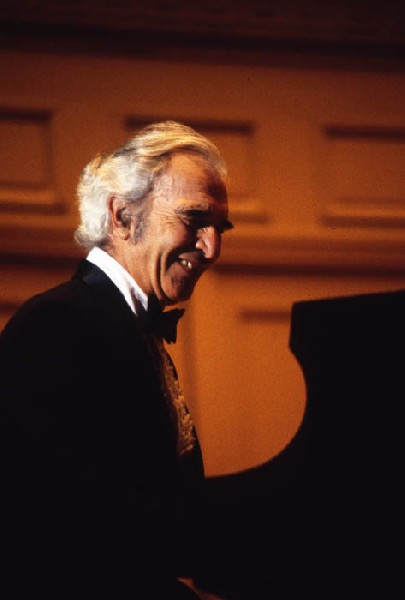 Dave Brubeck had an impact on Taylor’s career in jazz. Giuliano photo. 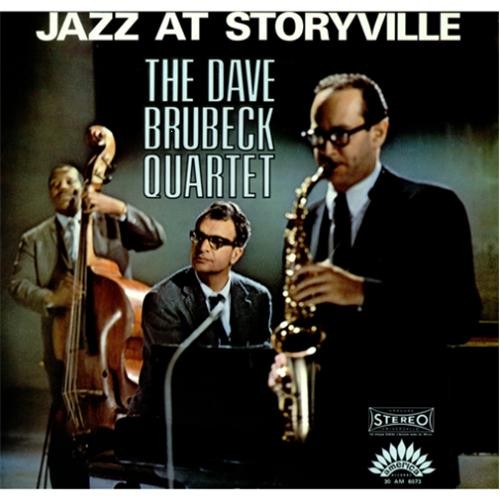 Taylor made the tapes that resulted in what the New York Times described as The Jazz Album of the Year. 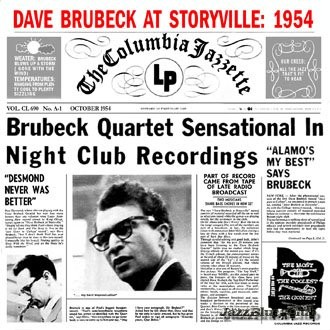 Taylor recorded tracks for the later Columbia album of Brubeck at Storyville. 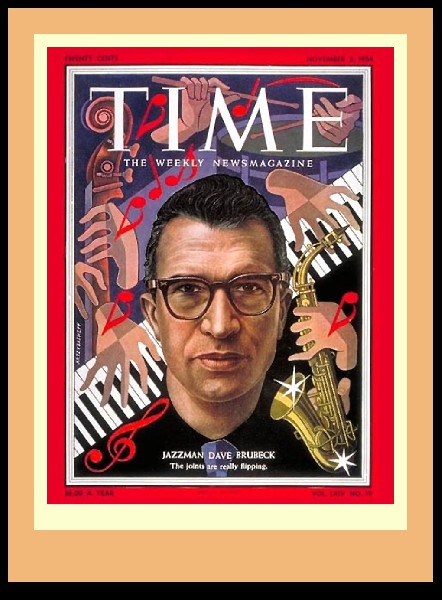 Brubeck went on to be one of the most highly regarded jazz artists of his generation.

In the Boston jazz world nobody is more respected and appreciated than Fred Taylor.

For the past 21 years he has been booking Scullers which is regarded as among the nation’s foremost jazz clubs. We met with him there before attending the performance of the Latvian flute player Ilona Kudina.

Before Scullers Taylor booked and promoted the legendary Jazz Workshop/ Paul’s Mall complex on Boylston Street. In the Berkshires he founded the annual Tanglewood Jazz Festival which is now under different management.

We discussed a career in music that started almost by accident in 1952. He lugged an early version of a big and awkward, reel to reel tape recorder to George Wein’s Copley Square club Storyville. He asked permission of Dave Brubeck to record the set. It was later released as a 10” LP for Fantasy Records and named “Jazz Album of the Year” by the New York Times.

After that, as he said, one thing led to another.

Charles Giuliano Let’s talk about jazz in Copley Square. Do you go back to Storyville?

Freddy Taylor No, Buckminster Hotel. The original Storyville was in Kenmore Square. That’s where George (Wein) first started it. Storyville was down stairs and upstairs was a Howard Johnsons which today is Uno Pizzeria.

CG Around the corner was Mahogany Hall.

FT No, that was in Copley Square where he moved. He moved from Kenmore Square and the Buckminster to Copley Square. Storyville was up stairs and down stairs he had Mahogany Hall.

CG The Stables was across the street.

FT Yeah. The Stables was almost at the corner of Dartmouth and Huntington.

CG When does the Jazz Workshop come into the picture?

CG What do you mean by the new one?

FT The original Jazz Workshop was in The Stables. Some of the musicians included Varty Haratoonian and Herb Pomeroy (Big Band leader), Joe Gordon, and Arif Mardin (musician and producer for Atlantic Records). That was legendary and then the state was taking over a whole strip of land for the Mass Pike so Harold Buckhalter who was the owner of The Stables and Lindy’s and a liquor store, he moved all of his licenses over to Boylston Street. He built the new Jazz Workshop and the Inner Circle Steak House on the street floor. A year after the Workshop was built in ’63 he extended and built Paul’s Mall.

CG Going back to Copley Square days the Brown Derby was down Boylston Street. Then The High Hat Club.

FT The High Hat was the corner of Mass and Columbus. Then there was Wally’s Paradise, The Savoy, and The Big M, all in a row. Across the street upstairs was Club Eddy’s. Around the corner was Estelle’s. In a little alley was the Pioneer Club which was the great after hours club. That little corner was Boston’s version of 52nd Street.

CG Further down in Roxbury was the Stardust Room.

FT Yeah, that was Connoly’s. Further down on Washington Street was Basin Street South. Louie’s Lounge, Big Jim Mellon’s, The 411 Lounge a little further down. On Huntington Ave there was The Five O’Clock. There was another club there for awhile.

CG Amazing. There was a lot of activity.

CG In the Ellington band Harry Carney (baritone sax) and Johnny Hodges (alto sax) were from Boston. I believe Hodges was from Cambridge.

CG How did you come into the picture?

FT Well, I had two starts. I went to BU.

CG With George Wein (co-founder of the Newport jazz Festival).

FT No he was about five years ahead of me. When I was at BU I fronted a band. I played cocktail drums. The Don Creighton Orchestra. Stand up drums with brushes. I was a good time keeper. I had Creighton Hoyt on piano and Andy Greco on guitar. Eddie Udel on bass. Every so often we had Chuck Wells on trumpet and vibes.  Creighton, this was in 1950 and ’51, Creighton was telling me about this great pianist, in his division, when he was in the service.

He was known on the West Coast and he told me you gottah catch him when he comes East. He’s fabulous. I said OK. One day I’m looking at the newspaper and I see the ad for George Wein’s Storyville and I see the name. Dave Brubeck. Oh, that’s the guy Creighton has been telling me about. I went down on a Sunday afternoon.

I had just gotten a tape recorder. I was on my second tape recorder. They had just started coming in. Reel to reel, 7 and a half ips. So I introduced myself and I said “Dave, my name is Fred Taylor and I’m a friends of Creighton Hoyt. Dave said “Oh, he saved my life in the Army. Anything you want to do go ahead.” I said “I want to record Paul and you.” The bass player was absent on the afternoon.

CG Don’t tell me you recorded the Storyville Record.

CG That was his first record.

FT Not his first. It was a ten inch LP. Nat Hentoff did the notes. Dave Brubeck and Paul Desmond at Storyville. That had the famous piano solo of “Over the Rainbow.”

CG You recorded that.

FT I recorded that.

CG You were the engineer.

FT I was the engineer. It was an accident in that I just went down to get some music for myself. They all wanted to hear it. So we piled into my car and drove to my home in Newton. I still lived with my folks and I had to plug it into a system.

He said “That’s interesting because I haven’t been caught playing like that. The bass player was out so we played a little differently.” I got a call from him a day later from NY. He said “You know we may want to put this out.” It was Fantasy Records. So I made a deal. I sold him the master for a hundred and fifty dollars. Boy. It paid for my tape recorder and my microphone. Wow, what a deal. (Laughs).

That record was written up in the New York Times. John Wilson singled it out as the best new jazz recording of the year. Columbia had just opened an 18 track studio. However, our LP was recorded on amateur equipment, using one mike and achieving natural balance. John Hammond wrote it up a few weeks later. LPs had just come in. People were still recording three minute cuts but one of the first examples of taking advantage of the LP was this record.

CG George Avakian at Columbia was pioneering the long form on LPs. (For example Duke Ellington Live at Newport, with Paul Desmond in 1956 which came four years later than the Taylor session with Brubeck on Fantasy.)

CG What were they?

FT I managed the best new jazz live recording of the year. And one of the first to take advantage of the LP format.

Because of all the attention that record got Brubeck was signed to Columbia Records.

That recording was in ’53 I believe (actually October 12, 1952) and Storyville moved from Kenmore to Copley Square about a year later. When Dave returned he had an album on Columbia. They went to the 12’ format.

He called me and said “Hey do you want to come down and record some more stuff?” I said “Sure.”

His second Columbia album has two of my tracks “On the Alamo” and “Don’t Worry Bout Me.” If Columbia ever knew they had been recorded on a $79 Tape Master deck they would have thrown it out. But Dave didn’t tell them. He just said here’s the tape and it was good enough for them to master it.

In 1978, we had closed Paul’s Mall in that year, and I was running something called the Green Mountain Music Festival, in Burlington, and one weekend I had Dave Brubeck and Maynard Ferguson. Dave came up to me and said “There’s something I want you to know,” Paul had died, and he said “I was with Paul and he was very lucid almost right up to the end, and he said “My favorite recording of all time was on the Storyville LP.” I keep forgetting the name of the beautiful ballad.

CG Was Joe Morello the drummer.

CG How old are you now?

FT Why stop. Music is my life (stated with a whimsical flair). Show Biz. What, give up Show Biz?

Link to Fred Taylor on WGBH