Anything Goes at Beef and Boards

Noel Coward Back Home in Indiana 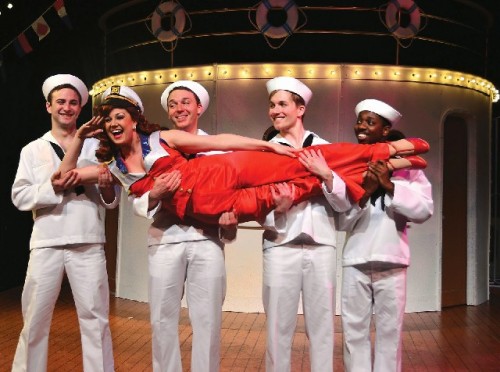 Cruising with Noel Coward in Indy. 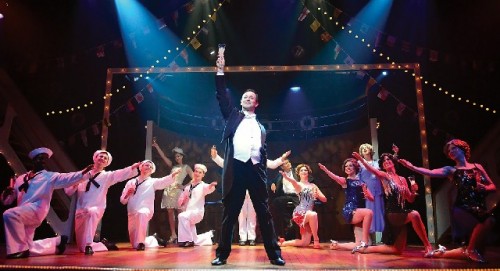 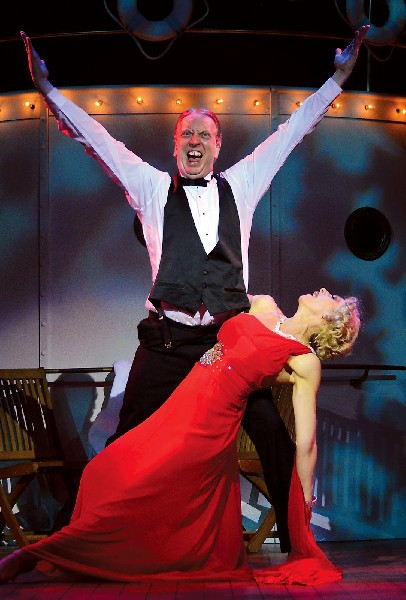 The Gypsy in Me.

As mismatched lovers board an ocean liner audience members know there will probably be some partner swapping before everyone gets their happy ending and disembarks. Anything Goes has been entertaining crowds for 80 years and is on stage now at Beef & Boards Dinner Theatre. The show contains a selection of charming well-known songs, like “It’s De-Lovely” and “I Get a Kick Out of You,” by Indiana’s ownNoel Coward.

Timothy Ford plays the pining lead, Billy Crocker. He has fallen for a debutante who is out of his league and engaged to someone else. His desperate attempts to win her are sweet, but he seemed to be singing a bit out of his range during most numbers. Deb Wims plays the brash night club singer Reno Sweeney. Her strength lies in the dance numbers and she’s particularly good in the title song, a big number that closes the first

Sarah Joy Ledtke’s turn as the ditzy Erma was an unexpected delight. Her performance of “Buddie Beware” turned the throw away number into a fun and playful treat. Michael Layton’s set design is spot on as well. Cruise ship railings, strings of international flags and port holes turn the stage into a steamer. There’s also a clever rotating set piece that quickly turns from a cabin interior to an upper deck.

The musical is 80 years old this year, so there are some unavoidably dated jokes. The caricature versions of “chinamen” are particularly regrettable.

Fans of Jeff Stockberger, Douglas E. Stark, and Jack Milo will be thrilled to see the trio ham it up in their parts: Lord Evelyn Oakleigh, Elisha J. Whitney, and Moonface Martin respectively.

The plot raps up with the tidiness of a Shakespearean comedy. Everyone finds their perfect match and audience members are able to escape into the enthusiastic romantic