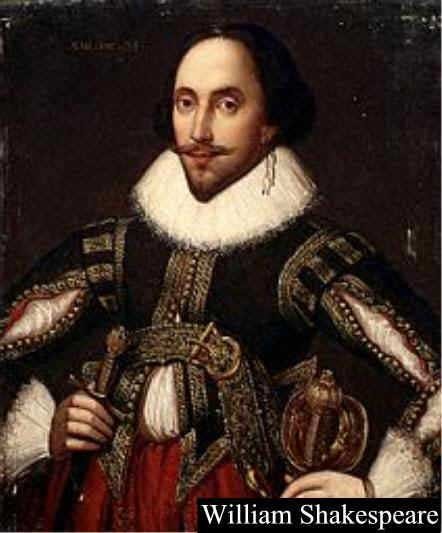 A birthday bash for the Bard.

Join us for a fun-filled day of engaging performances, exciting workshops, and fabulous festivities as we celebrate the 447th birthday of William Shakespeare with our Will 447 Bash on Saturday, April 23. The day begins at 1pm with a performance of Shakespeare and the L anguage that Shaped a World in the Elayne P. Bernstein Theatre, followed by a hands-on performance workshop for audience members of all ages. Then at 7pm, catch our fast-paced, 90-minute production of Hamlet, which has been touring New England for the past three months. Featuring six young and talented actors, Hamlet will be performed in our beautiful Founders’ Theatre.

Afterwards, join us for cake and a celebratory toast in the Founders’ Theatre lobby, as we raise a glass to the man who made it all possible – William Shakespeare! In addition to delicious snacks and drinks, we’ll also be raffling off special prizes, including tickets to our summer season. So join us this Saturday for a memorable evening of food, music, and fun during our Will 447 Bash!

About Shakespeare and the L anguage that Shaped a World

PERFORMANCE DATES for Shakespeare and the Language that Shaped a World

About The New England Tour of Shakespeare’s Hamlet

Now in its 30th Anniversary year, The New England Tour of Shakespeare is one of the Company’s longest running Education programs, and reaches over 25,000 students and teachers every year. It performs for 14 weeks, from February 9 to May 6. The Tour offers both in-school and public venue performances, as well as in-school workshops associated with the play. Schools receiving the Tour experience this year expressly because of the NEA’s Shakespeare for a New Generation grant include the William S. Hackett Middle School (Albany, NY), the Turnbridge Central School (Chandler, VT), and The Reach Performing Arts Center at the Deer Isle-Stonington Elementary School (Deer Isle, Maine).

Considered by many to be the greatest English-language plays ever written, Hamlet is renowned for its stunning language and gripping story. When Prince Hamlet returns to Denmark , he discovers that his father has been murdered, and must decide how to seek revenge. This timeless tale of grief, love and the enduring ties of family is a staple of school curricula, and is a favorite choice for Shakespeare newcomers and scholars alike. For photos of The New England Tour of Shakespeare’s Hamlet, please visit http://www.shakespeare.org/gallery/v/2011/hamlet-tour11/tour11-photos/