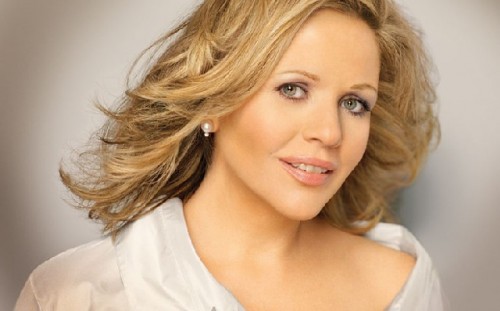 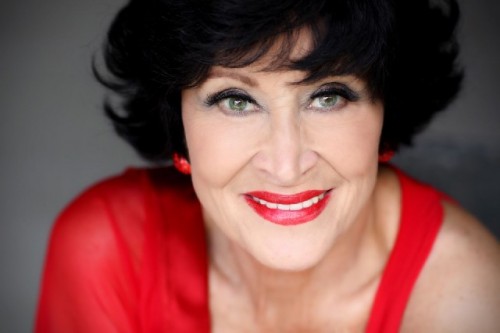 Chita Rivera will appear in a musical.

Earnest and gullible young lyricist Fred Stevens boards a train in Schenectady bound for the Big Apple, determined to make a name for himself in the thriving Tin Pan Alley scene. However, the life he’s imagined is rife with seductive distractions -- namely dames -- that threaten to derail his dream of penning the next big ditty. Both bitterly funny and deliciously literate, legendary humorists Ring Lardner and George S. Kaufman celebrate and skewer the perishable pop of yesteryear.  Director Jessica Stone, whose WTF productions of A Funny Thing Happened on the Way to the Forum and Last of the Red Hot Lovers left audiences convulsed with laughter, brings her special brand of glee back to the Festival stage.

World-renowned soprano Renée Fleming takes the Festival stage as celebrated diva Rachel De Angelis.  When her husband, the fiery and egomaniacal Maestro Vito DeAngelis, becomes enamored with the lovely young lady hired to ghostwrite his long-delayed autobiography, Rachel retaliates by hiring her very own – and very handsome – ghostwriter to chronicle her life as an opera star. As the young writers try to keep themselves out of the story while churning out chapters, the high-energy – and high-maintenance – power duet threatens to fall out of tune for good. A sparkling new comedy from two-time Tony Award winner Joe DiPietro, adapted from a work by the revered Garson Kanin and directed by three-time Tony Award winner Kathleen Marshall.

In her Festival debut, Broadway legend Chita Rivera embodies Claire Zachanassian, the oft-widowed richest woman in the world, who returns to the hardship-stricken town of her birth. The locals pray that her wealth will bring them a new lease on life, but the carefully plotted renewal she offers carries a dreadful price. Sardonic and morally complex, The Visit asks: What can your heart afford? Featuring Festival favorite Roger Rees and helmed by Tony Award-winning director John Doyle, this incendiary musical is one of the last collaborations between the incomparable John Kander and Fred Ebb, with a book by Tony Award winner Terrence McNally and choreography by the legendary Graciela Daniele.

For over three decades, Nikos Psacharopoulos was Williamstown’s colorful and intrepid artistic director, guiding it from local summer playhouse to internationally renowned festival. In his honor, longtime colleagues of Nikos will reunite on the Main Stage to share stories and personal memories. Join Dylan Baker, Kate Burton, Olympia Dukakis, Tom Fontana, Laurie Kennedy, Steve Lawson, James Naughton, and moderator Joe Donahue at this not-to-be-missed event celebrating the unique legacy of a theatrical dynamo.  A limited number of $100 tickets include a post-performance reception with Lewis and other Festival artists.  All proceeds from this performance will support the Festival's signature training and professional development programs.

An Evening of Stand-Up with Lewis Black

While this world of ours is no picnic, Williamstown's favorite (adopted) son, Lewis Black, always manages to make a meal of it. From his standing-room-only Broadway runs to his eighteen seasons on "The Daily Show," this Grammy Award-winning comedian makes our collective indignation not only delicious, but hilarious. And while he’s made countless fans around the globe, his WTF shows are legendary - something about the fresh air really gets him riled up. Don’t miss it.  A limited number of $100 tickets include a post-performance reception with Lewis and other Festival artists.  All proceeds from this performance will support the Festival's signature training and professional development programs.

Dashing outlaw. Expert archer. Cunning wealth redistributor. Merry Man. The daring deeds of Robin Hood come alive in this fresh, funny adaptation of the traditional ballads and folklore. Brimming with spirited swordplay and tongue-in-cheek humor, it celebrates the well-known tale of Robin, Maid Marian, Little John, Friar Tuck, and the rest, while cleverly reinventing the myth.  The Williamstown woods are magically transformed into Sherwood Forest as sought-after director Stella Powell-Jones enlivens this legendary swashbuckling adventure on the outdoor Free Theatre stage. Bring the whole family and a picnic for a merry evening under the stars!

The stars shine at night as WTF's celebrated Late-Night Cabaret Series returns in 2014!  Festival family, both established and emerging, sing, dance, and surprise you in these intimate and unforgettable evenings. Cabarets are held in Goodrich Hall, just a few blocks from the Main and Nikos Stages. WTF donors receive first access to these limited seating events.

Advance orders for single tickets for the 2014 Williamstown Theatre Festival season may be placed through the WTF website (www.wtfestival.org) and by mail using WTF's season brochure (call 413-597-3400 to join the mailing list).  All advance ticket orders will be processed in late May.  At that time, ticket orders from Festival donors will be given priority and will be filled by descending donor level.  All other advance ticket orders received by May 23, 2014 will be filled in order of date received.  The Williamstown Theatre Festival Box Office will open on June 3rd, 2014 at which point tickets may be purchased online, by phone at 413-597-3400, or in person at the '62 Center for Theatre and Dance Box Office at 1000 Main St (Route 2), Williamstown, MA 02167.

The Festival's Nikos Stage is an intimate 173-seat venue that regularly sells out in advance from within the pool of Festival donors.  For more information on the benefits of becoming a WTF donor, visit www.wtfestival.org.

Since 1955, the Williamstown Theatre Festival has brought America's finest actors, directors, designers, and playwrights to the Berkshires, engaging a loyal audience of both residents and summer visitors. Each WTF season is designed to present unique opportunities for artists and audience alike, revisiting classic plays with innovative productions, developing and nurturing bold new plays and musicals, and offering a rich array of accompanying cultural events including Free Theatre, Late-Night Cabarets, readings, workshops, and educational programs. While best known for its acclaimed productions, WTF is also home to one of the nation’s top training and professional development programs for new generations of aspiring theatre artists and administrators. Now in its 60th Season, WTF was honored with the Tony Award for Outstanding Regional Theatre in 2002 and the Commonwealth Award for Achievement in 2011