The Elders Project in Colombia 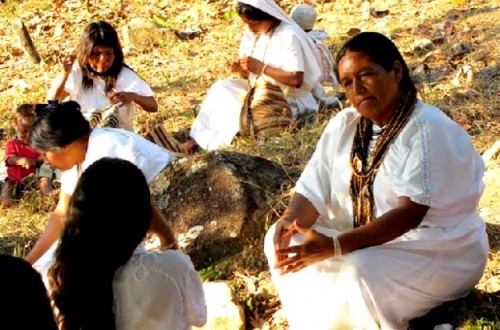 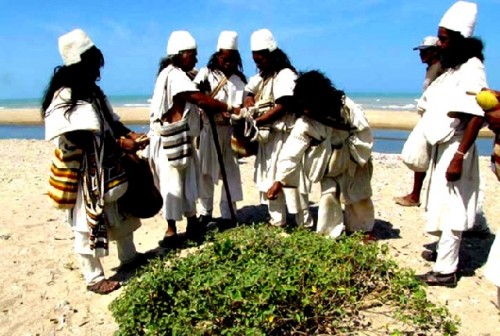 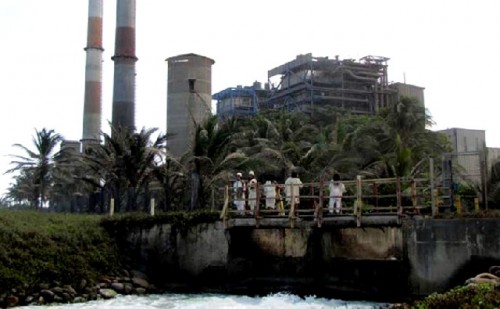 Power plant at the sacred site of CompaÃ±ia. 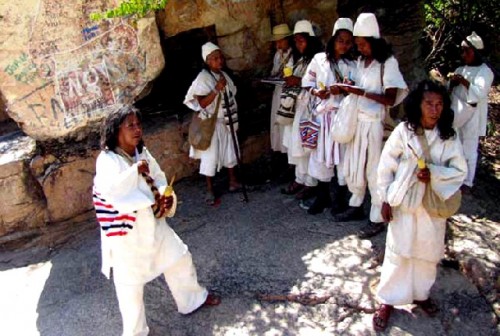 Graffiti at one of the sacred sites. 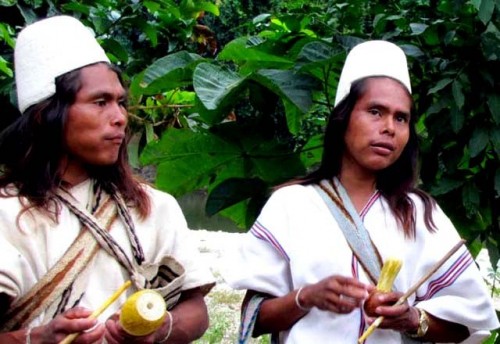 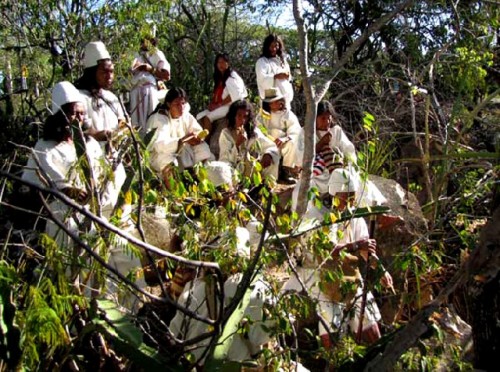 Beginning of the journey, Guatapuri River. 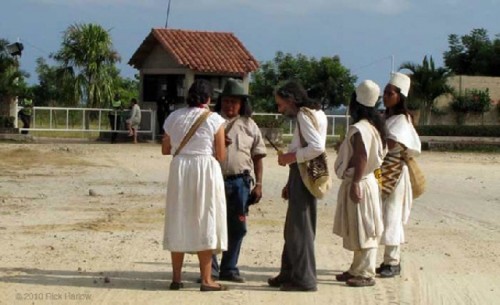 Entrance to Puerto Brisa after being denied access to sacred site. 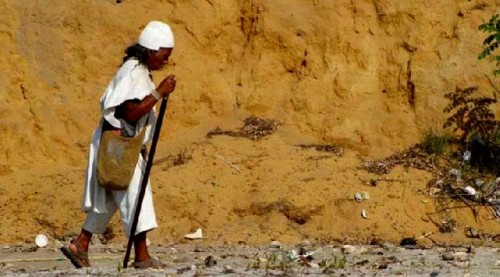 The Elders Project (TEP), by EarthAction on behalf of Mamo Sewkukuy and the delegation of mamos and apprentices who accompanied him, wishes to express deep gratitude to everyone who contributed to The Black Line Journey that took place in January 2010.


The Elders Project was born out of a series of meetings between the traditional authorities of the Koguis, Arhuacos and Wiwas of the Sierra Nevada de Santa Marta (SNSM), Barbara Threecrow and Rick Harlow which took place during the nine days of the gathering of indigenous leaders from all over the Americas in Pasto, Colombia in August 2009. The elders expressed their desire to find funding for projects that would strengthen their traditions and support their spiritual work as “caretakers of the water and the life of the planet.”  They asked for our help and we signed an agreement with them.

This journey was the first and most urgent of these projects. Mamo Sewkukuy (Norberto Torres, a 90 year-old Arhuaco, known as the spiritual geographer of the SNSM) was grateful for the opportunity to pass along his vast knowledge to two generations of Kogui, Arhuaco and Wiwa mamos and apprentices. Among the delegation was one of Mamo Sewkukuy’s sons as well as a grandson.  The fourth indigenous group of the SNSM, the Kankuamos, were unable to send a delegation because of ongoing internal meetings within their community

The journey began on January 16, 2010 in Valledupar at the site known as Pozo Hurtado on the Guatapuri River and ended ten days later at the same site. The group of thirteen mamos and apprentices accompanied by TEP support staff (and 5 guests invited by the mamos) made the journey around the black line, visiting a total of forty sacred sites or “points of payments” (puntos de pagamentos) where spiritual offerings were left in accordance with “The Law of Origin.”

Tragically, all is not well in the SNSM.  The ancestral territorial boundary of the 4 indigenous pueblos, The Black Line or “La Linea Negra” as the mamos call it, is in great need of restoration.  Many of the sacred sites have been severely degraded by abuse and misuse. Some sites have been paved over and are not accessible. Others are on private land being developed by government and private corporations.  At Puerto Brisa the mamos were not allowed access to the sacred site and were unable to make their pagamentos.  Frequently along the journey the mamos would point out the damage caused by development, mineral extraction, harmful agricultural practices, tourism, litter and graffiti. They insisted repeatedly that the Colombian Government return control of the sacred sites to them so they can properly care for and heal the damage.

A full report of both the Black Line journey, and the subsequent trip up the mountain to Mamo Sewkukuy’s village will be posted in the near future.


TEP continues to seek funding to support ongoing projects as requested by the traditional authorities.  We have been asked to help with the following two projects, briefly outlined below.

The mamos have reaffirmed their commitment to the spiritual work necessary to balance the damage to the cycle of water in the SNSM caused by widespread development.  They have decided that a delegation of mamos representing the four pueblos should make four trips a year around the Black Line to make their “pagamentos” in keeping with “The Law of Origin.” The second journey will begin on April 20th 2010.  The National University of Bogota has offered to fund this journey.  TEP has been asked to sponsor the third journey to take place later this year, possibly in June or July.

Arhuaco women under the guidance of Benerexa Márquez have reaffirmed their interest in addressing the plight of women in the villages and to take charge of their self-development.  According to Benerexa, the importance of women in relation to “The Law of Origin” cannot be overstated, as they represent mother earth and hold power to balance nature in the SNSM.  A project to encourage the women to take the initiative to reassert their position as AKUMAMU (female mamo, spiritual guides) has been outlined so they can fully participate in the spiritual work of the SNSM.  It is also their intention that this project will open up a greater understanding of the relationship between “The Law of Origin” fundamentals and those which serve as a basis for human rights, particularly in reference to women’s human rights.


TEP and the indigenous peoples of the SNSM are excited about moving forward with these projects and welcome your support.

Checks payable to “The Elders Project” may be sent to