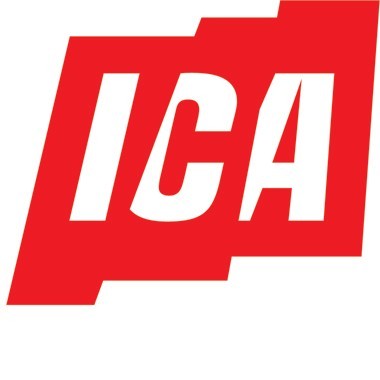 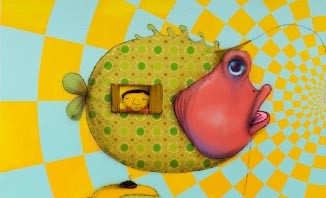 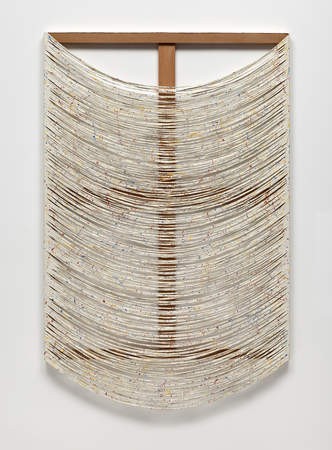 This August, the Institute of Contemporary Art/Boston opens the first solo U.S. museum exhibition of Brazilian artists Os Gêmeos. Born Otávio and Gustavo Pandolfo, Os Gêmeos (“the twins” in Portuguese) are a major force in graffiti and urban art. They first came to public attention with large-scale works created on the streets of their native São Paulo, a city whose social dynamics and vast urban landscape have greatly influenced the artists’ aesthetic.

The exhibition highlights the recurring themes in Os Gêmeos’s work—from hip hop to Brazilian folklore—and immerses viewers in a dream-like environment of explosive color, surreal landscapes, and yellow-colored characters. Organized by ICA Adjunct Curator Pedro Alonzo, the exhibition features approximately 20 works— including painting, sculpture, and a new public mural that the artists will create in conjunction with the opening of the exhibition. Os Gêmeos is on view at the ICA from Aug. 1 through Nov. 25, 2012.

Os Gêmeos date their artistic beginnings to 1987 when hip hop invaded Brazil. The music and images of youth dancing and painting graffiti, transmitted via photo books and films, left an indelible mark on the twins. But in the late 1980s, limited access to art-making materials—Brazilian spray paint was expensive and inferior in quality—forced the artists to improvise and create their own visual style. They began painting New York graffiti-style murals with house paint, brushes, and rollers instead of spray paint.

The twins share a deep bond and artistic vision; they divide their painting mode in two, painting together, and starting and finishing each other’s works. Os Gêmeos draw greatly from their surroundings, and their narrative work is a visual synthesis of their everyday lives: the color and chaos of Brazil, particularly in the Cambuci neighborhood of São Paulo—or portraits of youth in red hoodies breaking into train yards and painting in subway tunnels.

A common motif depicts several graffiti taggers garbed in brightly patterned clothes stacked atop one another to reach an impossibly high spot. In addition to contemporary urban themes, rural Brazil has an equally significant presence in their work. Carnivals, music, and folk art fascinate the twins and inspire fantastical paintings of musicians, processions and festivals—all of which are based on their own photographs.

Otávio and Gustavo Pandolfo, known as Os Gêmeos, were born in 1974 in São Paulo, Brazil, where they continue to live and work. In addition to their street art, they have been commissioned to create several public projects including the painting of trains and subways in São Paulo and Porto Alegre, Brazil. Their work has been included in numerous group exhibitions including Beautiful Losers: Contemporary Art and Street Culture, one of the most notable exhibitions of street and underground youth culture.

Dianna Molzan’s vibrant paintings alter our expectations of what painting can be. In her work, the very materials of painting—paint, canvas, and wooden stretcher bars—are dismantled and cast into relief. A painting’s canvas may be cut and turned into a woven grid, extend into space with sewn shapes, or gently unraveled into a soft web of draping lines. But despite the formal and material tactics Molzan deploys, her works still retain the appearance of painting. They remain, ultimately, paint on canvas wrapped around a stretcher. For her first solo museum show in Boston, Molzan will create a series of all new works influenced by the architecture of the ICA galleries. On view from Aug. 1 through Nov. 25, Dianna Molzan is organized by ICA Senior Curator Jenelle Porter.

Molzan allows the architecture of the space in which her work will be seen to influence her paintings. Treating the gallery as a specific context is unusual for a painter, yet one can make comparisons to artists and designers who have created interiors and buildings as works of art, such as Charles Rennie Mackintosh-designed interiors or the Matisse-designed Chapel of the Rosary in Vence, France. Like those who have created total environments, Molzan considers her exhibitions as locations where paintings can be read as an ensemble.

Through the manipulation of material, Molzan’s work resides somewhere between painting and sculpture. And she looks at all of these objects with the same eye: “In museums, objects are nearly equalized; that is, there seems to be this process that brings culturally and historically varied works into the present moment for the viewer. For example, in a single afternoon, and under one roof, you can see a pre-Columbian clay pot, a panel of Victorian lace, an El Greco painting, and a Claes Oldenburg soft sculpture—so it does not seem that odd to me to kind of re-create that viewing experience within a group of paintings.”

One can follow her roving eye through myriad visual influences. For example, the history of painting threads through her work in color choices, the application of paint, and shaped canvas. We might pick up references to Jackson Pollock and Richard Tuttle, to Henri Matisse and Joan Mitchell. Molzan also looks to art pottery, Italian 1980s Memphis design, Art Deco, and the Arts and Crafts movement—even the speckled surfaces of Formica.

Molzan was born in 1972 in Tacoma, Washington, and lives and works in Los Angeles. She received her BFA from The School of the Art Institute of Chicago (2001) and her MFA from the University of Southern California (2009). Molzan has had solo exhibitions at the Whitney Museum of American Art, New York (2011), and her gallery, Overduin and Kite in Los Angeles (2009). Several of her works were included in the show All of this and nothing at the Hammer Museum, Los Angeles (2011).

...
Back to Fine Arts Section Home