Returns to Palm Springs for a Second Season 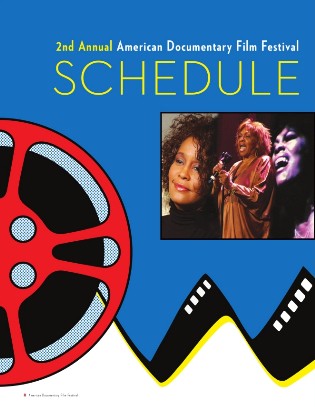 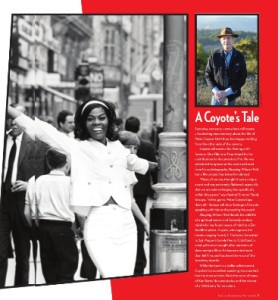 One of several such events. 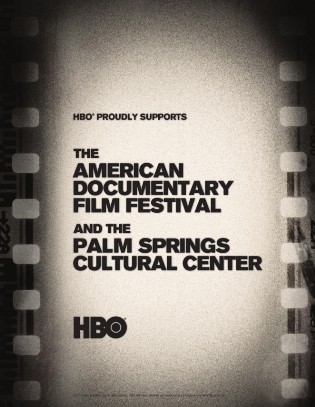 Palm Springs, in addition to being a world-class tourist destination, is fast becoming a city of festivals: Movies, Music, Play Reading, and Dance are but a few disciplines that now have yearly Festivals.  The 800-pound gorilla of Film Festival’s known around the world is the Palm Springs International Film Festival (PSIFF) that hits town in January of every year. Then comes the “Native American Film Festival” in April, followed by the “Arthur Lyons Film Noir Festival” in May (no relation), and the Palm Springs International ShortFest – the largest short film festival in the world – in June.

Now the Palm Springs area can add The American Documentary Film Festival (AmDocs) to the lineup.  Local filmmaker Teddy Grouya who is also a working Hollywood professional, inaugurated the first AmDocs festival in April of 2012.  He brought Academy Award winner Oliver Stone and his film “Comandante” to opening night audiences along with a variety of USA films and those from foreign countries.  The four-day event was so highly successful it gave the festival the impetus it needed to become an ongoing festival/event.

This month Grouya programmed over 100 films for the four-day festival, which screened a plethora of high quality, technically proficient, documentaries from twenty-five countries.

It’s impossible to see all of the films.   However, I was able to see eight or nine films that gave me the breadth, flavor, and depth of the 2013 Festival. The following are six mini-reviews in no particular order or ranking, they are films among several that I sampled during the four-day festival held at the Camelot Theatres, in Palm Springs.

The opening night film and gala screened a poignant tribute to musical superstar Whitney Houston in a USA film called “Whitney Houston & Her Family: Voices of Love”.  It’s an intimate look at one of America’s most musically influential families, the Drinkards, whose popular gospel group, The Drinkard Singers, includes Whitney Houston’s mother, Cissy Houston, and Lee Warwick, singer Dionne Warwick’s mother.  The film by Gary Keys traces the history of song in this talent-infused family and celebrates their spirit, their strength of family, and the power of gospel music to heal, transcend, and entertain.  The film is full of never before seen footage of powerful musical performances by Cissy Houston, Whitney Houston, and Dionne Warwick.  For fans of the beautiful star-crossed Whitney Houston, the film is a worthy homage to her wonderous voice.

“Fight Like A Girl” (82 minutes – USA), written, directed, and starring Jill Morley, is a gritty, first person, narrative, feature documentary film that revolves around the relatively unknown world of female boxing.  It’s a daring piece of filmmaking that is beautifully photographed and artfully directed and edited.  The women profiled in this interesting documentary film share common life histories and traumas that lend both emotional wallops and poignant moments as the featured boxers share their rationales for entering a world usually reserved for men.  Laila Ali, daughter of Muhammad Ali, is profiled as a coach and mentor and a promoter of female boxing.   “Fight Like A Girl” is a compelling movie that took five years to make.  The result is a film from a talented and lovely female auteur writer/director (there isn’t a trace of a scar or blemish resulting from her hours spent fighting in the ring), who most certainly has a future in the movie business if she so chooses.

“Cans of Hope” (13 minutes – Japan), written and directed by Hirokazu Kishida.  On March 11, 2011, a catastrophic killer earthquake and tsunami swept the coast of Japan devastating the city of Inshinomaki.  The short film documents how the employees of the local cannery responded to the closure and to their loss of jobs.  Director Kishida turns his camera on ex-employees and their efforts in the massive clean up operation over many months; revealing a resolute and loyal employee work force that rescued and salvaged thousands of buried cans of fish products.  They clean and box the cans in ready-for-market cartons, and help in keeping the company from going out of business. It’s an interesting study in how different cultures react to disasters – Stoic East vs. Bottom-line West (see review below)

“DownEast” (84 minutes – USA).  This film details the closing of the last USA sardine cannery in April of 2010 and what happened a few months later.  Entrepreneur and Italian transplant Antonio Bussone, purchased the plant, hoping to rebuild it into a lobster processing facility.  His plan to rehire the laid off sardine workers meets with resistance from the local city council board members.  The council president is a businessman who owns a competing lobster boat operation who doesn’t care for outside competition.  The local residents, many of whom were employed by the now closed cannery, are heavily in favor of Bussone’s plan to reopen a new lobster canning facility, and they force the board to move for a vote on the proposal and the initial funding to set the project in motion.  The result is an overwhelming vote for the new facility to be funded.  The kicker is, the Board refuses to move forward and simply ignores the vote of the city’s residents at subsequent meetings again and again.

Stymied by the council’s stand Bussone moves ahead with his own funding sources. Once the plant is opened and fully staffed, the money promised by the Canadian bank, begins to dry up and is eventually stopped altogether.  Without money to run the business, Bussone is forced into bankruptcy and the bank forecloses.  Now here’s the cautionary tale aspect to this film.  After the bankruptcy, the council president, gets a contract to deliver 90 % of the lobster catch from his local area to buyers from Canada and others outside the area.  In a footnote: The city still has no cannery or lobster processing facilities and few jobs.  I was struck by how two different cultures – “Cans of Hope” vs “DownEast” – although different in details and content, addressed the issue of job loss. Oh, by the way, as of 2011 the president of the board is still in charge of the city council and a thriving lobster business.

“I Am Not A Rock Star” (90 minutes – USA/Canada) This verite-styled film documentary features the stunning piano performances of classical music phenom Marika Bournaki, and her pursuit of becoming a world class concert pianist.  Director Bobbie Jo Hart has been following and filming the career and growth of Bournaki since she was 12 years old.  Now twenty-two we get a candid peek backward into the disciplined lifestyle and sacrifice this gifted teenager has endured as she performed piano recitals all over the world.

She travels the concert circuit with her musician father, as her manager and coach, while her mother, a dancer, remains at home to raise her brother and sister.  Sacrifices are not limited to Marika alone.  Being a prodigy required her parents to make choices as well.  The strain of travel and long periods of separation eventually resulted in her parents getting a divorce.  But, the beat goes on… with almost unlimited access to Marika and her family, director Hart presents the Bournaki family, warts and all, for the viewer to see.  It’s a fascinating film with beautiful music renditions by Marika by some of the world’s finest composers.

In a side note:  I had the opportunity to chat with Marika before the film was shown.  Considering the demands of her lifestyle and all that preceded this screening over the last eight years, she is a surprisingly well-adjusted, vivacious, intelligent, charming, and a beautiful young woman.  This film is one of the best examples of documentary filmmaking within the world of classical music.  If you happen to see it listed either on TV or advertised in a theatre near you, by all means, don’t miss it.

“Dance For Me” (80 minutes – Denmark).  There is something about the world of dance that both fascinates and attracts audiences.   Perhaps, it’s the appreciation of graceful movement and the beauty and artistry of individual dancers that’s been thrilling audiences of ballet for two hundred years.  The brilliant 1948 British movie “The Red Shoes” is considered one of the finest examples of combining the elements of dance with the storytelling art of cinema.   In the last twenty years, dance competitions have become all the rage worldwide.  In the Danish documentary film “Dance For Me”, directed by Katrine Philip and produced by Lise Saxtrup, the world of ballroom dancers in Denmark is explored in verite-styled documentary filmmaking.

According to producer Saxtrup, Denmark produces lots of professional ballroom dancers, but everything depends on finding the right partner.  In recent years, dancers are increasingly being imported from Russia and other Eastern European countries to form ideal dance partners. In this film fourteen-year old

Mie is one of Denmark’s top dancers. Her fifteen-year old partner Egor, has moved from his home in Russia into Mie and her mother’s home.  The duo appear to be perfect dance partners.

Director Philip follows the young dancers during the thrilling dance competitions, at rehearsals, in the dressing room, and also at home where Mie and Egor have been living for a year as brother and sister.  But Egor is having trouble adjusting to his new home in Denmark, and Mie and her mother also have to get used to the new family member.  Although he is only fifteen, he is on a fast track to stardom, but the pressures of succeeding in the highly disciplined arena of dance competitions takes its toll.  Where Mie is upbeat and eager, Egor is introspective and guarded.  He is a stranger in a foreign land and it’s beginning to show.

The film is beautifully photographed and edited.  Also, the two young stars are incredibly gifted dancers.  It’s difficult at times for the audience to realize they are watching young teenagers performing at the highest levels in professional ballroom dance competitions.  During the Q & A session with the audience, Producer Lise Saxtrup and Festival Director Teddy Grouya, commented on the look of sophistication and maturity displayed by Mie and Egor in their dance routines.   That got me to thinking about life on 2013 planet Earth.  Our young people keep maturing at much younger and younger ages, leading one to ponder where have the world’s children and their “childhood and youth” gone?

The Second Annual American Documentary Film Festival has been a highly successful and well-attended (over 5000) event.  Plans are already in the discussion stages for the Third Annual festival.  If you like film documentaries, then Palm Springs is the place you need to be during the first week in April of 2014.