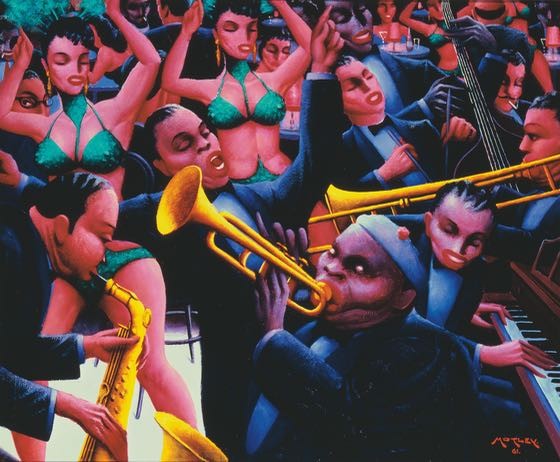 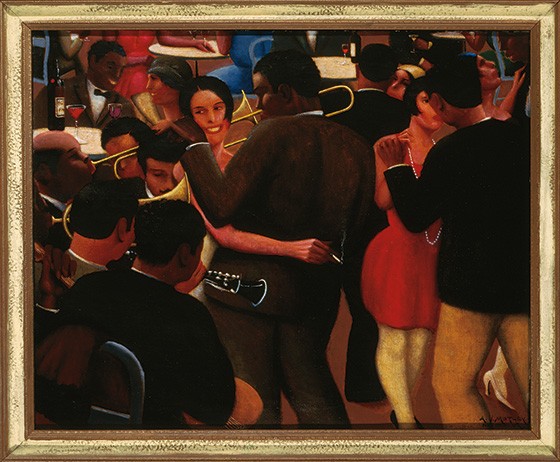 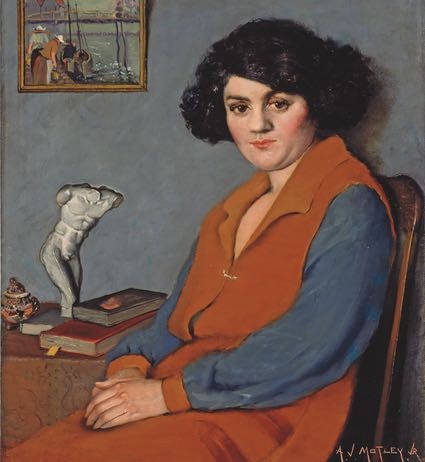 Archibald Motley Jr. was not your average African-American male in 1914. The man who became a world-renowned artist and contributor to the Harlem Renaissance was the son of a Pullman porter and the daughter of a former slave. But in 1914, he became a painting student at the School of the Art Institute of Chicago and studied there for four years. The rest, as they say, is history.
.
Motley, known for the paintings that chronicled African-American urban life in the 1920s and '30s, was born in New Orleans and raised in the Englewood community, which was then a predominantly Irish-German-Swedish neighborhood. He socialized in Bronzeville and its vibrant cultural life inspired many of his paintings. He also spent time in Paris in 1929-30 on a Guggenheim Fellowship and in Mexico in the 1950s with his nephew, Willard Motley. (Author of novels including Knock on Any Door and Let No Man Write My Epitaph, Willard Motley was inducted into the Chicago Literary Hall of Fame in 2014.)

Archibald Motley: Jazz Age Modernist is a full-scale exhibit of about 45 of Motley's paintings now on view at the Chicago Cultural Center. Along the corridor leading to the gallery is a display of information about Motley's life and work. Jazz age music plays on the gallery sound system.

Motley is best known for the vibrant club and city scenes such as Hot Rhythm (1961), Blues (1929, Paris café scene), and Barbecue (1960). You may have seen his painting Nightlife and an early self-portrait at the Art Institute of Chicago. He depicted African-American elites in many of his paintings but he also showed the lives of the new residents from the South who came to Chicago in the Great Migration. His post-Paris painting, The Picnic (1936), is a scene reminiscent of Renoir's 1881 Luncheon of the Boating Party. Motley's Cocktails (1926) shows elegant black women and Tongues (Holy Rollers) (1929) shows worshipers at an African-American church.

Early in his career, Motley painted many portraits that illuminated the role of African-Americans in middle-class society. Mulatress With Figurine (right) shows a well-dressed woman with a classic figurine, books and a Chinese incense burner. That 1920 painting was awarded the Frank G. Logan prize in 1925 by the Art Institute. He also painted family members, including his grandmother and his wife, Edith Granzo, whose working-class white family objected to the marriage.

Beginning in the late 1920s, Motley's work was shown in galleries in Chicago, New York and in European exhibits and won many honors over the years. The Art Institute awarded him an honorary doctorate in fine arts in 1980 and he was one of 10 African-American artists honored by President Jimmy Carter at the White House that year. His work also has received many posthumous honors.

Motley, who spent most of his life in Chicago, died here in 1981.

You can see Archibald Motley: Jazz Age Modernist in the Sidney R. Yates Gallery on the fourth floor of the Cultural Center, 78 E. Washington St. The exhibit runs through August 31. Admission is free; hours are Monday-Thursday 10am to 7pm and Friday-Sunday 10am to 6pm.