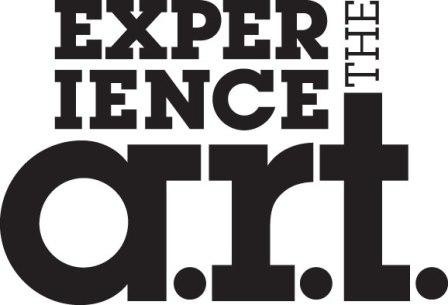 Woody Guthrie is a musical hero of legendary proportion who transformed folk music into a vehicle for social protest and evoked the restless spirit of the Dust Bowl generation.  Woody Sez brings the giant to life in a joyous, toe-tapping, and heartfelt theatrical portrait that uses Woody's words and songs to transport the audience through his fascinating, beautiful, and sometimes tragic life. Featuring many classic Woody tunes including "This Land is Your Land" and "Bound for Glory," Woody Sez captures the heart and spirit of Woody Guthrie and the stories of America.

The Whiskey Boys - Friday, May 11 following the 7:30 performance

Fifteen years into his career on the international folk circuit, Alastair Moock has managed to carve out a unique niche for himself: He is an artist committed to celebrating the roots of American music while knocking down the walls between different audiences, genres and musical traditions. Today, his audiences range from adults all the way down to preschoolers, and he plays everything from nightclubs to theaters to schoolrooms. Like his boyhood hero, Woody Guthrie, Moock believes in the power of music to reach all people — young and old, far and wide, for all occasions. http://www.moock.com/

Miwa Gemini's surreal brand of Americana draws upon her classical music education growing up in Japan and her  New York indie folk pedigree. Her music is a magic blend of Dust Bowl balladry and haunting lyricism.  www.miwagemini.com

Marylou Ferrante – Wednesday, May 23 after the 7:30 performance

Marylou Ferrante was described by music critic and writer, Daniel Gewertz, in the Boston Herald, as the Bay State's finest female acoustic blues interpreter. Marylou is an artist who performs pre-war blues from the 1920's & 30's. She covers major artists from the delta to east coast piedmont style players such as Robert Johnson, Charlie Patton, Blind Boy Fuller and Memphis Minnie along with mandolin players such as Yank Rachell. https://www.facebook.com/pages/Marylou-Ferrante

Cast members from Woody Sez will lead hootenannies on Thursday’s May 10, 17, and 24 following the 7:30p performance.

Additional hootenanny dates and performers to be announced soon:

One of the most influential songwriters and balladeers of the 20th century, Woody Guthrie is a musical hero of legendary proportions who transformed folk music into a vehicle for social protest and captured the adversity and hardship of a generation during the Great Depression. His music and activism paved the way for many great American music makers including Bob Dylan, Bruce Springsteen, Johnny Cash and many more.

Woody Sez brings Guthrie to life in a joyous, toe-tapping, and moving theatrical portrait that uses Woody's words and songs, performed by the company of four actor/singers who play over twenty instruments, transporting the audience through Guthrie’s fascinating, beautiful, and sometimes tragic life. With more than twenty-five classic Woody tunes including This Land is Your Land, Pastures of Plenty and Bound for Glory, Woody Sez captures theheart and spirit of Woody Guthrie and the stories of America.

The American Repertory Theater (A.R.T.) is one of the country’s most celebrated theaters and the winner of numerous awards, including the Tony Award, the Pulitzer Prize and Elliot Norton and I.R.N.E. Awards. In May of 2003 it was named one of the top three regional theaters in the country by Time magazine. The A.R.T. was founded by Robert Brustein in 1980, who served as Artistic Director until 2002, when he was succeeded by Robert Woodruff. In 2008, Diane Paulus became the A.R.T.’s Artistic Director. During its 32-year history, the A.R.T. has welcomed many major American and international theater artists, presenting a diverse repertoire that includes premieres of American plays, bold reinterpretations of classical texts and provocative new music theater productions. The A.R.T. has performed throughout the U.S. and worldwide in 21 cities in 16 countries on four continents.  Since becoming Artistic Director, Diane Paulus has programmed innovative work that has enhanced the A.R.T.’s core mission to expand the boundaries of theater. Productions such as Sleep No More, The Donkey Show, Gatz, Porgy and Bess, Prometheus Bound, and Death and the Powers: The Robots’ Opera have immersed audiences in original theatrical experiences. The A.R.T.’s club theater, OBERON, which Paulus calls a "second stage for the 21st century," has become an incubator for local artists and has also attracted national attention for its groundbreaking model for programming. Through all of its work, the A.R.T. is committed to building a community of artists, technicians, educators, staff and audience, all of who are integral to the A.R.T.’s mission.

The Loeb Drama Center, located at 64 Brattle Street, Harvard Square, Cambridge, is accessible to persons with special needs and to those requiring wheelchair seating or first-floor restrooms. Deaf and hard-of-hearing patrons can alsoreach the theater by calling the toll-free N.E. Telephone Relay Center at 1-800-439-2370.