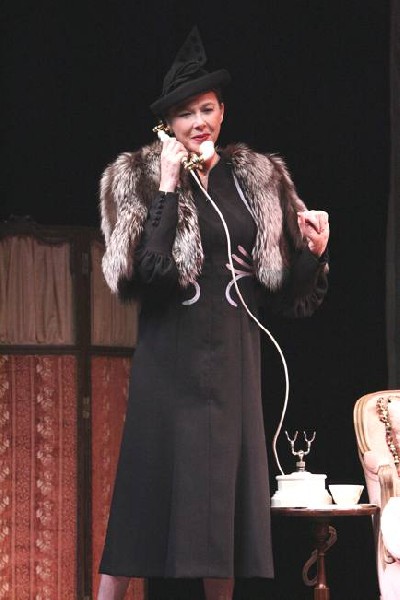 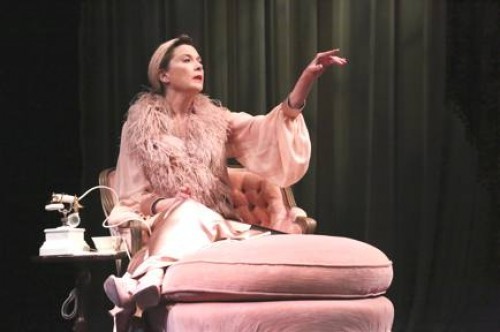 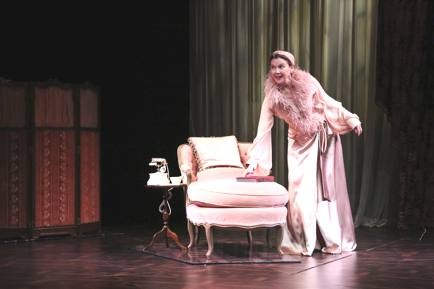 A stunning performance by Bening.

Show business monologues have been around as long as there have been actors and comedians of every kind to perform them.  The Ruth Draper monologues are legendary performance pieces created by the great lady herself.  She was a New York City socialite with a penchant for incisive mimicry, and a flair for acting that eventually became the format that thousands of young and aspiring actresses in the 40’s and 50’s employed when learning their craft.  Many Ruth Draper monologues were clutched in many nervous hands when eager young women came to their auditions.

In the beginning, the monologues were just a lark performed for friends at parties.  They became so popular among her friends that she was encouraged to take her observations and stories and perform them on the professional stage.

The vignettes are little gems concerning the observation and the understanding of the human condition.  When performed by skillful actors, one would get to see the complete spectrum of the performer’s talent range.   Over the years, however, the Draper monologues fell out of favor as a tool used by young actors. Thank goodness, it didn’t disappear altogether from gifted movie and stage actor Annette Bening’s radar screen.  I haven’t seen Draper’s monologues performed professionally in almost forty years.

The Geffen Theatre of Los Angles is currently staging “Ruth Draper’s Monologues" with Ms. Bening as Star and director. It’s a brilliant and mesmerizing tour de force performance.  Bening’s keen actor/director eye selected four of Draper’s most famous pieces:  “A Class in Greek Poise”; “A Debutante at a Dance”; “Doctors and Diets”; and the famous, ”The Italian Lesson”.

Bening’s complete command of the evening’s four vignettes begin when she steps out on stage in a diaphanous white Grecian gown and begins to conduct a class of obviously very wealthy and very overweight New York City matrons who go through their paces under the watchful and patient eye of Bening.  The battle with food and the consequences of overindulgence through the years is timeless.  Bening’s running commentary is priceless in its execution.  She skewers and chides her students with such warmth and skill, the ladies never tumble to her real feelings concerning the “poise class” experience.

In “A Debutante at a Dance”, Bening plays a talkative, nervous, 21 year-old young woman seeking romance with such ease and believability, one forgets that an experienced major star is performing; capturing the audience in her thrall, in the bargain.  There isn’t a false note in the performance which is lapped up by the adoring audience.

The “Doctors and Diets” piece is a study of a wealthy matron, used to getting her own way, and the conversations conducted at a “ladies who lunch” gathering at a fancy New York 5-Star restaurant.  The gossip flows freely and so do the impressions one gets of the idle rich in 1930’s New York City, despite the devastating 1929 stock market crash and its fall out.  Some things never change.

“The Italian Lesson” is pure Draper and is brilliantly brought to life by Annette Bening.  The aristocratic New York matron played by Bening, is one that audiences love and hate at the same time. We hate how maddeningly self-assured she is; full of orders and demands for those around her.  She knows what she wants, and she knows how to get it; smiling all the while as the butter melts in her mouth.  We also love that Annette Bening knows how to render this complicated woman to the audience in order that we can laugh with the character, while at the same time, laugh at her.

Every gesture, every eyebrow raised, every smile Bening delivers is spot on and in sync with all the characters she creates.  The entire show runs only 80 minutes literally zipping along; leaving the audience craving for more.  It’s a splendid and impressive production which is not to be missed.