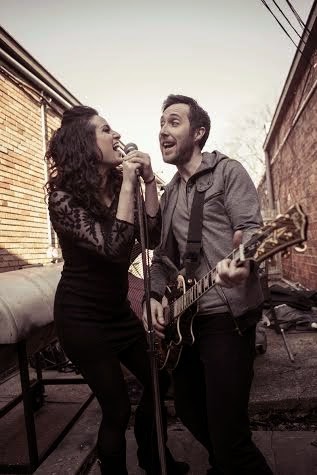 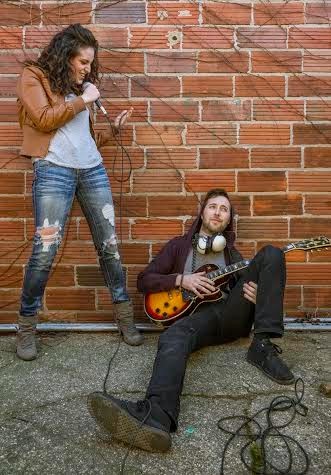 Memory is a tricky beast and there’s no one who understands that better than siblings. An event might seem crystal clear in our own memory, but when we compare notes with the people who shared our childhood, we realize that our accounts invariably differ. This is the case for Molly and Jesse, siblings brought together for the first time in eight years by their father’s death in the musical Spun, onstage now at the Phoenix Theatre.

The original show, created by Bloomington native Emily Goodson and Jeremy Schonfeld, pairs a relatable story with rock music in a distinctive, raw style. Unlike some musicals, the show has a sense of humor about itself.

After one of the first big numbers Jesse quips, “Well that was dramatic,” immediately breaking any barrier of awkwardness that can come from inserting songs into regular conversation. The simple moment sets the mood for the production, allowing audience members to embrace the style as the story explores the tangled mess of anger, resentment, and grief that can drive families apart.

The set, an old dilapidated house, uses stacks of cardboard boxes in a clever design to pull double duty as a stage. Sheer black screens keep the live band out of view until a song begins. At times the music drowns out the voices in the bigger numbers, but others like the simple “Mother Blue” resonate all the more clearly in the quiet moments. Jesse’s (Chris Roe) playful performance of “Happy Song” provides another great moment of connection between the siblings.

Lisa Ermel plays Molly, the tough younger sister who was left to pick up the pieces after Jesse left. Her balls-to-the-wall performance feels both intimate and powerful. She is at once defensive and vulnerable, paradoxically trapped in her immaturity when she’s forced to become a caregiver as a teen. This role is the polar opposite of her recent turn as Stella in a March production of “A Streetcar Named Desire.” Seeing the two shows within a month of each other was a unique chance to witness her range. In Spun she has displays her incredible vocal ability as a singer. Ermel is a clear rising star in Indianapolis and Spun is the next rung on the ladder.

For more information about the Phoenix Theatre, visit www.phoenixtheatre.org. The theater is located at 749 N. Park Ave., Indianapolis, just off Massachusetts Ave.

Performances: The show runs until May 11 and offers four performances a week. Thursdays begin at 7 p.m., Friday and Saturdays begin at 8 p.m. and Sunday matinees at 2 p.m.