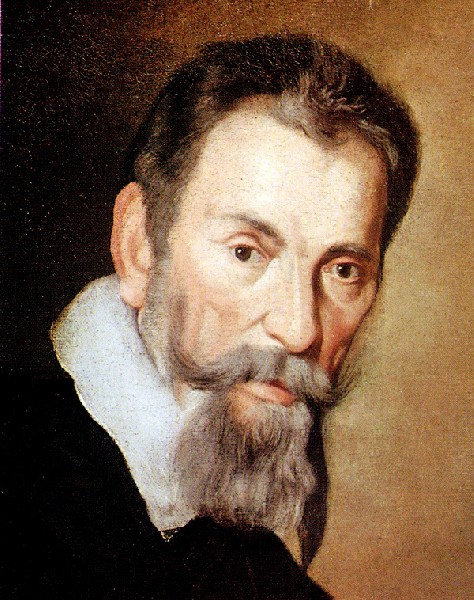 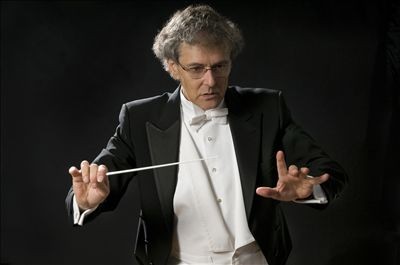 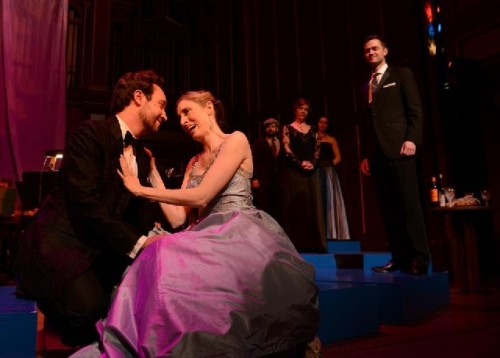 No one loves baroque opera more than I do – well, I’m reporting from Boston, so there probably are a few – but even I have to admit that early opera can sometimes be a long, unengaging slog. (So can Wagner.) Stories are frequently based on mythological events with characters that literally lack blood and guts. Musical forms tend to be rigid and repetitive. And they can go on and on – and on. Handel’s “Giulio Cesare in Egitto” (Julius Caesar in Egypt), for instance, clocks in at four hours, not including intermissions. True, in recent decades, early music performers have learned how to bring the great operas of the early days of the genre to vibrant, often thrilling life, but there are still too many moments when the soprano, in her generic shepherdess gown, stands motionless facing the audience singing without emotion.
Fortunately, this was definitely not the case Friday night when Martin Pearlman and his Boston Baroque, now in its remarkable 40th year, brought Claudio Monteverdi’s long, mythological opera, full of gods and goddesses, to Jordan Hall. From the moment Human Fragility – how promising is that for a character to open a drama? – came rolling out from behind a curtain dressed in rags, lamenting his fate as a pathetic human being, we knew we were in for a exciting evening. As sung by Christopher Lowrey in a full-bodied, clear countertenor that made articulation of the text a virtue, Human Fragility became a character we could all relate to. After all, aren’t we all wracked by doubt and fears?

The fact that the large cast was composed of superb young(ish) singers who understood that their roles were based in texts that needed to be clearly expressed and were able to do so with apparent ease is the result of the research Pearlman and other musicians like him, primarily in Europe, have brought to the practice of animating early music. And, boy, are we, the happy members of the audience, the beneficiaries.

Pearlman gets more credit for “Ulisse” than he might for his many other triumphs as company founder, director and conductor because he helped, in a way, to compose it. Monteverdi (1567-1643) was the first great composer of operas whose works have survived in a stage-worthy manner. Unfortunately, only two of his many operatic works survive in a form close to what he intended. (Most have been lost – lucky the researcher who finds one misfiled in some dusty ducal library.) A third, “Il Ritorno d’Ulisse in Patria,” based on Homer’s famous epic poem about a Greek warrior from the Trojan wars fated to wander for 20 years before he is able to return to his homeland and his long-suffering wife, Penelope, the very model of constancy, was left incomplete, existing only in a performing edition thought to date from a production mounted after his death.

What basically survives is the libretto, which was essential to early opera, which its inventors saw as a revival of Greek drama. There are indications of pitch and melody, but there are only some 15 minutes of written-out orchestration in a three-hour opera. (Pearlman explains the situation in a program note.) For a performance, the musicians in charge must recreate what they imagine the original to have been. That was true of René Jacobs’s 1992 production and recording, and it is true of Pearlman and Boston Baroque today. (The current production is being recorded so we’ll be able to compare their versions.) The sketchy state of the surviving manuscript is the primary reason that what was the penultimate opera of one of the greatest composers of his time is so seldom done today. Which is a tragedy because it tells a great - and familiar - story in vivid, highly memorable strokes.

Giacomo Badoardo’s libretto stays pretty close to the source. Penelope puts off her suitors with the persistence of Sisyphus pushing that rock up the hilltop every day. But the ruse of telling them that when she finishes her daily weaving she will make her choice among them, pulling out her work every evening, is missing, as is the scene of Ulysses’s old dog recognizing him on his return and then dying. (Getting a dog to sing then, as now, isn’t so easy.) The trial of the suitors’ stretching Ulysses’s bow remains a centerpiece of the second act. But added by the 17th century Italians - I think - is the romance between Penelope’s maid Melanto and her lover Eurimaco. And the role of the glutton Iro is pure Italian farce, dating from Petronius to Dario Fo.

The production was glamorous. Boston’s early music groups, both Boston Baroque and the Boston Early Music Festival, have learned how to make semi-staged productions just as dramatic as those that are fully staged. Here, the small orchestra – only 20-odd players – sat in the center of the stage. Around them were grouped blue platforms that rose toward the back of the stage. A large transparent curtain, behind which Jove and Juno and other gods occasionally appeared, was draped over the rear wall. The singers moved on the large blocks as if they were on the stage of La Scala.

Visual color and detail were provided by the variety and beauty of the costumes, which were designed by Charles Schoonmaker, who has worked with many local companies as well as in daytime television. Unlike the BEMF, which tends to prefer period costumes, Schoonmaker dressed his singers in modified modern dress, and the result was, at least in the case of mezzo-soprano Jennifer Rivera’s Penelope, stunning. She wore a low-cut, floor-length dove gray gown that only added to the nobility she conveyed in her exquisite singing and acting. Other characters were dressed according to their role. As Ulysses, Portuguese tenor Fernando Guimarães wore the rags of a beggar, which he stripped off to reveal the suit of a Greek hero when it was time to slay the suitors. Tenor Aaron Sheehan’s Telemaco looked a hundred percent the young prince in his sleek business suit. (It helped that he is tall, thin and handsome.) Neptune, the remarkable bass João Fernandes, was shirtless under a black suit, and seemed to summon his voice from the watery depths. As Minerva, mezzo Leah Wool wore a gown that showed her shoulders while maintaining the dignity of the goddess of wisdom. As Fortune, soprano Sonja DuToit Tengblad was chic in an above-the-knee sparkly dress. As Eurimaco, the lover of Penelope’s maid Melanto, tenor Daniel Shirley wore a maitre d’s burgundy jacket. The three suitors sported sashes over their tuxedos.

Stage director Mark Streshinsky, who works extensively with opera companies in San Francisco, Cincinnati and Kansas City, made the whole thing come together dramatically by paying attention to the tiniest of details. A telling moment in his meticulous direction was during the trial of the bow, when each of the suitors, who in a less sensitive production might have merged into a single generic character – “the suitor” – revealed his individuality as he tried to stretch the bow and successively failed. Seriously, folks, the last time I witnessed such detailed direction was in Luc Bondy’s Covent Garden production of “Salome” (which starred Catherine Malfitano, Bryn Terfel, Kenneth Riegel and Anja Silja). Boston Baroque is recording the production. One hopes that it is also taping it.

One reason Baroque opera is difficult for contemporary audiences used to Verdi, Puccini and Strauss is that it is not aria-focused, although it is melodic, having emerged from the madrigal or song tradition. Like Wagner and the modernist composers who followed his example, it is text-based, which explains why early music singers are often comfortable singing contemporary music (if not Wagner himself). What that means in practical terms is that the audience needs to be familiar beforehand with the texts, which I wager very few members of the audience were, or have to read the lengthy projected surtitles. (Badoardo was a prolix librettist, expecting his audience to understand the language being sung.) Of course, that means that time spent reading is time not spent watching the singers perform. It’s a delicate balancing act, and each member of the audience has to come up with his or her own way of negotiating the demands of the genre. But it is exhausting. Even those who know contemporary Italian would have a hard time understanding the poetic 17th century language of Badoardo’s libretto.

But still, there are moments when the passion of a dramatically declaimed text stirs the listener’s heart. An early example is what’s known as “Penelope’s Lament.” In a lengthy (more than 10 minutes) scena between Penelope and her faithful maid Ericlea, Rivera vividly brought to life the concept that opera would revive the passion of Greek drama. When she repeatedly invokes, accompanied by organ and strings, her absent (for 20 years!) husband to “torna, torna!” (return, return!), we feel her loss, her frustration, her desire. In a way, opera has seldom again made so direct an appeal to the audience’s emotions.

Musically, the production was close to flawless. Pearlman led his expert band with panache, and they played with verve and even eagerness. The orchestral interludes he composed were totally idiomatic.

The large cast of opera veterans and relative tyros, of international stars and local stalwarts, was superb.

In the prologue that set out the philosophical parameters of the drama, countertenor Christopher Lowrey, as the aforementioned Human Fragility, bass João Fernandes as Time, soprano Sonja DuToit Tengblad as Fortune and soprano Sara Heaton as Love set high expectations.

Mezzo-soprano Jennifer Rivera, noble in her bearing and passionate in her singing, made Penelope the emotional center of the work. (And her reluctance to accept the returned Ulysses raised questions about how deeply she really wanted a man in her life, especially after it was revealed that the embroidery on her pillow was of Diana, the goddess of the hunt known for her disdain of men.) As Ulysses, Fernando Guimarães sang with fluency and total understanding of Baroque style. As Telemaco, Boston early music star Aaron Sheehan sang with his usual sweetness of tone and nobility of bearing. Mezzo Abigail Nims as Penelope’s maid and tenor Daniel Shirley as her swain produced a particularly delightful and lusty “low-life” love duet - “He never loses who plays the game of love” - even though they vanished as the opera developed. As Penelope’s maid Ericlea, local mezzo Krista River was good in her limited role.

Also deserving of praise was mezzo Leah Wool as Minerva and tenor Daniel Auchincloss as the faithful swineherd Eumete, who looked particularly cute in his tweed “my-hearts-in-the-highlands” outfit.

As the hapless suitors (who doubled as Phoenician sailors), bass-baritone Ulysses Thomas, tenor Owen McIntosh and tenor Jonas Budris, all locally based, were excellent. Indeed, one wonders why Penelope didn’t give in to one or two of them over the 20 years of her celibacy – oh, yeah, she was devoted to Diana. There were other double-castings – McIntosh as Jove and Tengblad as Juno – but one that deserves a special shout out was Fernandes as both Time and Neptune. What a voice! Deep and resonant, but also light, a rare combination for basses.

Although his role was small, haute-contre Marc Molomot as the glutton Iro – a role that could easily have been excised - threatened to steal the show. Slobbering, insatiable, primal in his desires, he put all the high-falutin’ philosophizing that undergirds the opera into perspective. This was life at its crudest, most elemental, and he put it over in a shockingly direct manner.

Still, for all the levels of life revealed during the three-hour production, when you get to the finale and Penelope and Ulysses are finally reconciled and sing their melting love duet, you can’t help but melt along with them.