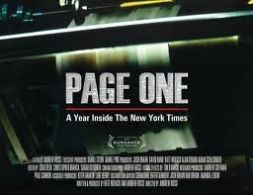 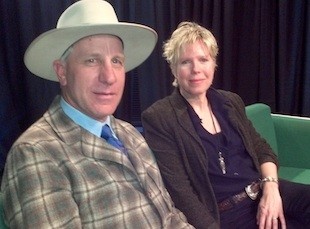 Buck was a hit at Sundance.

The Berkshire International Film Festival (BIFF) today announced the selection of films that will screen from June 2rd through June 5th, 2011 in Great Barrington and June 3rd through June 5th in Pittsfield, MA.  The film festival will feature some 70 US and international independent feature films, documentaries, and shorts. In addition, BIFF will host Q&A sessions with filmmakers, a special screening of Pittsfield native, Kent Jones and his latest film on Elia Kazan written and directed with Martin Scorcese, and the BIFF has partnered with the Human Rights Watch Film Festival to showcase films from the festival which will conclude in an exciting panel discussion with award-winning filmmakers and professionals in the field. This year’s festival will feature films from 15 countries and host over two dozen filmmakers. The sixth anniversary will also include the expansion to Simon’s Rock and the continuation of the successful Berkshire Bank’s sponsorship of the Next Great Filmmaker Award, and the Juried Prize Award for narrative and documentary films sponsored by GWFF USA.

The festival kicks-off in Great Barrington with the Sundance documentary hit which puts the spotlight on one of the great journalistic institutions “Page One; Inside the New York Times” directed by Andrew Rossi.  “Page One” is in the great tradition of a fly-on-the-wall documentary.  Andrew Rossi’s riveting documentary PAGE ONE: INSIDE THE NEW YORK TIMES deftly gains unprecedented access to the New York Times newsroom and the inner workings of the Media Desk.  With the Internet surpassing print as our main news source and newspapers all over the country going bankrupt, PAGE ONE chronicles the transformation of the media industry at its time of greatest turmoil. Writers like Brian Stelter, Tim Arango and the salty but brilliant David Carr track print journalism’s metamorphosis even as their own paper struggles to stay vital and solvent, while their editors and publishers grapple with up-to-the-minute issues like controversial new sources and the implications of an online pay-wall. Meanwhile, rigorous journalism is thriving—PAGE ONE gives us an up-close look at the vibrant cross-cubicle debates and collaborations, tenacious jockeying for on-record quotes, and skillful page-one pitching that brings the most venerable newspaper in America to fruition each and every day.  Opening night festivities include a cocktail party and light buffet supper for pass-holders catered by Max Ultimate Food from Boston at the “BIFF Tent” behind the Town Hall in Great Barrington prior to the screening of “Page One.”  Jacqueline and Al Togut generously sponsor the opening night event

The Sixth anniversary celebration continues its’ expansion into Pittsfield and will kick-off at the Beacon on Friday, June 3rd with a cocktail party at the Beacon catered by Mission prior to the opening night presentation of the Sundance Audience award-winning film “Buck” by director Cindy Meehl and the winning short film of BIFF and Berkshire Bank’s Next Great Filmmaker Award.  "Your horse is a mirror to your soul, and sometimes you may not like what you see. Sometimes, you will." So says Buck Brannaman, a true American cowboy and sage on horseback who travels the country for nine grueling months a year helping horses with people problems.  BUCK, a richly textured and visually stunning film, follows Brannaman from his abusive childhood to his phenomenally successful approach to horses. A real life "horse-whisperer", he eschews the violence of his upbringing and teaches people to communicate with horses through leadership and sensitivity, not punishment. Buck possesses near magical abilities as he dramatically transforms horses - and people - with his understanding, compassion and respect. In this film, the animal-human relationship becomes a metaphor for facing the daily challenges of life. A truly American story about an unsung hero, BUCK is about an ordinary man who has made an extraordinary life despite tremendous odds. The director will be in attendance for a Q&A following the screening and will also be the closing night film of the BIFF on Sunday, June 5 at the Mahaiwe. Berkshire Bank is generously sponsoring the Pittsfield opening night event.

The 2011 Festival tribute will be held on Saturday, June 4, at the Mahaiwe Theater and will be announced shortly. GWFF USA will once again sponsor this event and the cocktail party will be held at allium on Railroad Street in Great Barrington.

In addition to the 28 narrative features, 20 documentaries, 22 shorts from 19 different countries, BIFF will host some special events throughout the weekend including GWFF USA’s Juried Prize Award for narrative and documentary filmmaking, WAMC’s The Roundtable live from the Triplex on Friday, free family film screenings and a panel discussion called “Small Acts, Big Changes” on Human Rights with award-winning filmmakers and industry professionals on Sunday, special screenings at Simon’s Rock College and Hancock Shaker Village, a special preview screening of the documentary on Jacob’s Pillow and a special event sponsored by Berkshire Media and Film Commission of A LETTER TO ELIA written and directed by Pittsfield native, Kent Jones and Martin Scorcese on Saturday.  The BIFF is honored to have our second annual Jury include, actors Peter Riegert, Jayne Atkinson, and Michel Gill, award-winning screenwriters Courtney Hunt and John Orloff, distribution guru Josh Braun, Production Designer Kristi Zea and casting agent Gretchen Rennell.  There will be four films in competition, for both categories of feature documentary and narrative, and the award will carry a $5,000 prize sponsored by GWFF USA to be presented on Sunday, June 5th at allium in Great Barrington. We are also very pleased to present the second annual “Next Great Filmmaker Award” sponsored by Berkshire Bank – you can cast your vote until May 31 at www.biffma.org - vote today and be part of the excitement!

Venues for all of the weekend-long events and screenings will include the Triplex Cinema, the historic Mahaiwe Theatre, and Simon’s Rock all in Great Barrington, MA.  The Beacon Cinema in Pittsfield will showcase all the BIFF films and events except the special screening at Hancock Shaker Village.

“It is with great enthusiasm and excitement that we announce the 2011 line-up of films, events, and awards.  Our 6th anniversary continues with the strong tradition of celebrating the best in independent film and brings those filmmakers and stories to our unique community that not only encompasses the Berkshires but reaches from New York City to Vermont, and from Boston to D.C.   “The BIFF continues to grow on all levels and truly has become the kick-off to the cultural season of this great cultural community; our dedicated board and staff members, the incredible audiences, our REEL FRIENDS society, the amazing volunteers, and of course the filmmakers that have had a home at the BIFF over the years continue to raise the level of our organization,” remarked Executive Director Kelley Vickery. “This year BIFF has risen to our new challenges, and capitalized on them with the incredible year of special screenings and collaborations each month for our REEL FRIENDS film society in Great Barrington and the Beacon.  The BIFF is also very proud that we will host the second annual Juried Prize with a phenomenal Jury comprised of industry professionals sponsored again this year by GWFF, and our second annual collaboration with Berkshire Bank to bring our community the Next Great Filmmaker Award with the voting going on now! With all the growth and change one thing remains the same, and above all BIFF continues to bring the best in independent film to our community.”

The festival will also have five short film programs which will showcase some 22 shorts from the Berkshires and around the world.

Passes are on sale now at $250 and $500. The $150 passes sold out this month.  Individual tickets go on sale Monday, May 2 and may be purchased online at www.biffma.org or by phone at 1-866-811-4111. Tickets can also be purchased by visiting the Triplex Cinema, the Mahaiwe box office in Great Barrington, or the Beacon Cinema in Pittsfield.

Berkshire International Film Festival is a 501©3 non-profit.  For more information, to join as a sponsor, volunteer, REEL Friend or make a contribution to BIFF, please contact kelley@biffma.org or lauren@biffma.org.