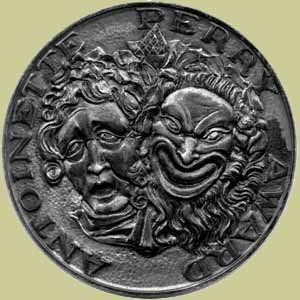 The Tony Awards are held in June.

The Tony Awards Administration Committee announced Friday that it will present the 2013 Regional Theatre Tony Award to the Huntington Theatre Companyof Boston, Massachusetts on Sunday, June 9.

One of the most prestigious and coveted honors in the entertainment industry, the Regional Theatre Tony Award is presented each year to honor a nonprofit professional regional theatre company in the United States that has displayed a continuous level of artistic achievement contributing to the growth of theatre nationally. It is awarded by The Broadway League and the American Theatre Wing based upon a recommendation by the American Theatre Critics Association.

The Huntington Theatre Company is one of Boston’s leading professional theatres. Under the direction of Artistic Director Peter DuBois and Managing Director Michael Maso and in residence at Boston University, the Huntington brings together world-class theatre artists from Boston, Broadway, and beyond. Promising new talent creates eclectic seasons of exciting new works and classics made current. The Huntington Theatre Company has gone above and beyond by mentoring playwrights in the Huntington Playwriting Fellows program, educating young people in theatre, and providing Boston-based companies with discounted audience services and facilities. The Huntington cultivates, celebrates, and champions theatre as an art form.

The Huntington has transferred 16 productions to New York, including two in 2012: the Broadway premiere of Lydia R. Diamond’s Stick Fly and the Roundabout Theatre Company’s production of Stephen Karam’s Sons of the Prophet, named a 2012 Pulitzer Prize finalist. The Huntington champions new play development and the local theatre community through its operation of the Stanford Calderwood Pavilion at the Boston Center for the Arts, which the Huntington built in 2004.

“The Regional Theatre Tony Award recognizes the exemplary vision and leadership of Peter DuBois and Michael Maso,” said Chairman of the Huntington’s Board of Trustees Carol G. Deane. “On behalf of the Board of Trustees and Council of Overseers, I offer our thanks to the American Theatre Wing and the American Theatre Critics Association for recognizing the Huntington as a leader from Boston of our diverse and dynamic field.”

“On behalf of all of the artists – from Boston to New York to London – who have made our company their home, I am grateful and honored for the Huntington to receive this incredible recognition,” said Artistic Director Peter DuBois. “The writers, directors, actors, and designers inspire us, shake us up, and ultimately define who we are as a company, and this Tony Award celebrates them.”

“It is such an honor to be recognized by the American Theatre Wing and the American Theatre Critics Association for the Huntington’s sustained achievement and contributions to our field,” said Huntington Managing Director Michael Maso. “The Tony Award is a tribute to the artistry, integrity, professionalism, and commitment of every current and former member of our extraordinary Board of Trustees, staff, and community of artists. They are the finest and most dedicated in the American theatre.”

The Huntington was founded in 1982 by Boston University due to the vision and leadership of President John Silber and Vice President Gerald Gross and was separately incorporated as an independent non-profit in 1986. Its two prior artistic leaders were Peter Altman (1982 – 2000) and Nicholas Martin (2000 – 2008). Michael Maso has served as Managing Director since 1982.

In addition to its artistic achievements and contributions to the local community, the Huntington is a national leader in the development of new plays, having produced more than 100 New England, American, or world premieres to date. Its nationally renowned education and community programs serve 30,000 young people and underserved audiences each year.

The 2013 Tony Awards, which are presented by The Broadway League and the American Theatre Wing, will be broadcast live from Radio City Music Hall, on the CBS television network on Sunday, June 9, 2013.