Water by the Spoonful at Old Globe 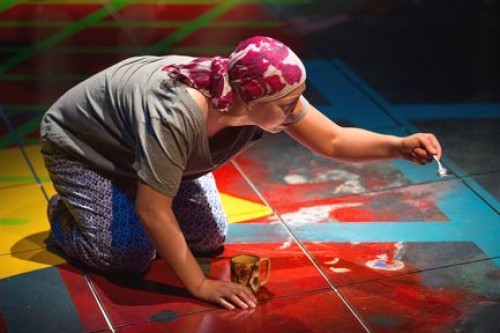 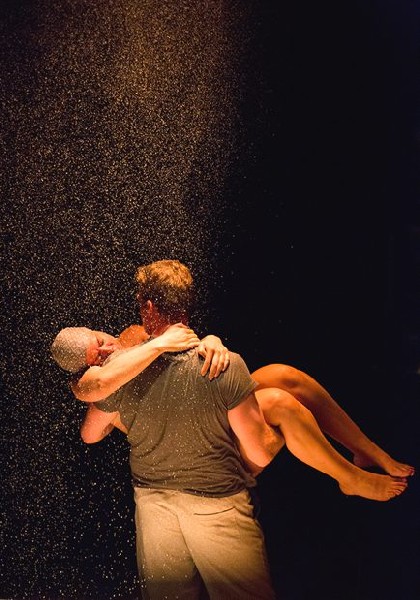 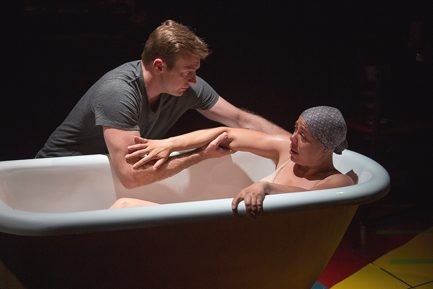 At the Old Globe in San Diego.

From the pen of the librettist of the 2007 Tony winning musical “In the Heights” comes  “Water by the Spoonful”, the second installment in playwright Quiara Alegria Hudes’ exciting Elliot Cycle stories: three stand-alone plays written over an eight-year period depicting the plight of her lead character Elliot Ortiz.

As back-story for “Water by the Spoonful”, which won the 2012 Pulitzer Prize for drama, the character of Ortiz is a bright, but haunted, young Puerto Rican returning Iraq war veteran who has been attempting to put his fractured Philadelphia home life back together.  He is haunted by the “ghost” of an Afghan man he shot and killed during his tour of duty, when all the man asked for was his passport back after being questioned by Elliot.  In this second installment Elliot is solidly played by Rey Lucas, who navigates Elliot’s mood swings both with intensity and humor.

It’s a complex story that revolves around an internet Chat Room/Hotline for crack addicts trying to remain clean.  New York actor Marilyn Torres shines in a wonderfully nuanced performance as Odessa Ortiz (Elliot’s mother) aka Haikumom, and the manager of the chat room.  The entire cast of this powerful, and at times, poignant play, dredge up their personal demons with such moving and insightful performances one gets a real sense what former drug abusers go through and feel in their conflicted desperation to remain clean as they come to grips with their inner demons.  Reality checks can be very scary. The decisions they make are life altering.

Five other characters fill the Chat Room with their compelling stories that deftly intersect and illuminate   the larger issue of “equal-opportunity offending drugs” in today’s American society.  In playwright Hudes’ revealing play, rich 1-percenters like Fountainhead/John smoothly played by Robert Eli, are also caught in the drug net of crack users along with internet chat room recovering members Orangutan played by Ruibo Qian, and Chutes & Ladders, played by Keith Randolph Smith.  All three turns are nicely drawn performances.  Yazmin Ortiz, a cousin of Elliot played by Sarah Nina Hayon, is the most stable and mainstream of Hudes’ characters.  Hayon who plays the focused “cooler head” in the explosive moments comes across suspiciously like the alter-ego of playwright Hudes.  And that’s not all bad.  “Water by the Spoonful” is a play with several narrative threads that have to come to together at the end.  What better way to accomplish this than to have the playwright infuse her insights.  When combined with the personal vision of director Edward Torres, the audience is treated to a somewhat edgy, but definitely, a very thought-provoking evening in the theatre.  It will be interesting to see the third installment in the “Elliot Cycle” and find out the fate of Hudes’ Elliot character.

The creative team led by director Torres along with one of the Globe’s masterful set designer’s Ralph Funicello, has staged this production in the round without losing a dramatic moment or angle in the process.  Jesse Klug’s lighting is spot on, as are the costumes designed by David Israel Reynoso; who also designed the lush costumes for the Globe’s production “Time and the Conways” currently gracing stage of the Darlene and Donald Shiley theatre.