Daniel Beaty in The Tallest Tree in the Forest 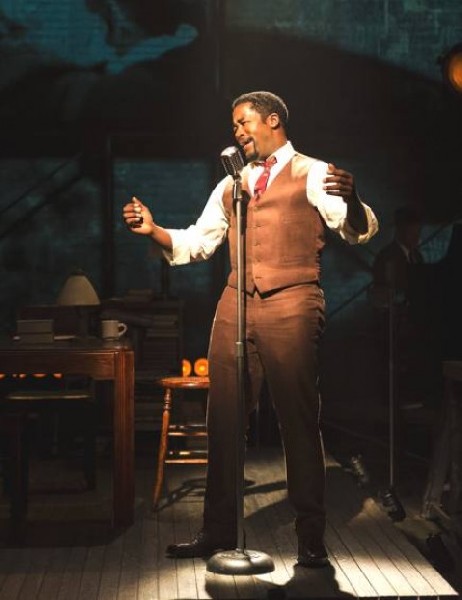 Daniel Beaty in â€œThe Tallest Tree in the Forestâ€ Photo by Craig Schwartz. 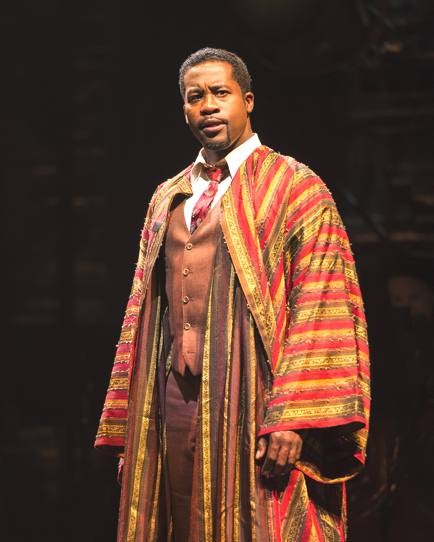 When a playwright or a performer wishes to pay tribute to an iconic personality or a celebrity there are bound to be inherent challenges in trying to render that individual as a human being; complete with all the baggage, foibles, and short comings we humans all possess.

Politics aside, one cannot deny the sheer talent and personality of Paul Robeson. He was a lawyer, a professional athlete, a social activist, albeit one of some controversy. But he was a wonderfully gifted Basso singer, and actor with a deep, rich, vocal range, who gave powerful performances, both on the stage and in the movies.

Robeson was a tall, handsome man with a keen intellect who was much in demand as a public speaker. He graduated from Rutgers University as class valedictorian, and a member of Phi Beta Kappa, who was also an African American in a time when our society felt no black Americans were equal to whites. Unfortunately, there are some who still harbor such feelings today.

The challenge of bringing the story of this complicated, but talented individual to the stage of the Mark Taper Forum, falls to playwright, actor, singer, director Daniel Beaty, who by the way is more than equal to the challenge. Beaty, is a seasoned, award-winning actor, singer, playwright, motivational speaker, and the author of the critically acclaimed plays: “Through the Night”, “Emergency”, “Mr. Joy”, and “The Tallest Tree in the Forest”.

Under the watchful eye of Tony and Emmy nominated director and playwright Moises Kaufman, Beaty displays his virtuosity in being able to play two and three characters at the same time in the same scene. It’s astonishing to watch him portray Robeson’s wife Essie, and others simultaneously, by altering his voice. And, what a voice he has! Like Robeson, Beaty has a deep, rich voice, and the talent to go along with it when it comes to the acting. Yet, when speaking as Essie, his voice rises a full octave, only to instantly switch back when he answers her as Robeson. In its execution, it’s a tour de force performance. He deserved the standing ovation he received from the theatrically savvy Mark Taper Forum audience.

A great deal of the credit for the success of this solo show must also go to the creative team led by director Moises Kaufman. Under the excellent musical direction, incidental music and arrangements, of Kenny J. Seymour, the fifteen songs selected to represent Robeson’s most famous roles are spot-on. “Old Man River” which is synonymous with Robeson is reprised twice.

The two level stage area is a visually interesting set design by Derek McLane (the background and walls represent a forest of tall trees) while the interior of the Robeson home has a warm look and feel. David Lander nicely provides many dramatic lighting touches to go with his overall solid lighting design. Also, the production is enriched by the projection designs of John Narun, who smartly captures the mood of the country at a time when the McCarthy House Un-American Activities Committee was in full sway. Also, the creative sound design of Lindsay Jones, adds to the verisimilitude of this splendid production.

“The Tallest Tree in the Forest” is an impressive and worthwhile evening spent in the theatre. The production runs through May 25, 2014.