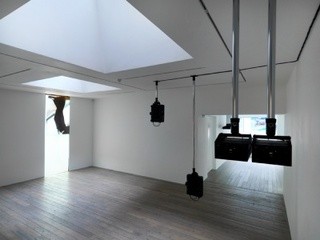 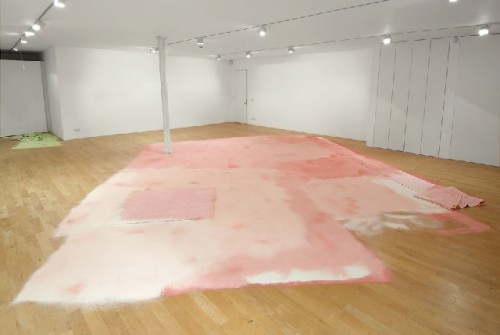 A gallery of work by Karla Black. 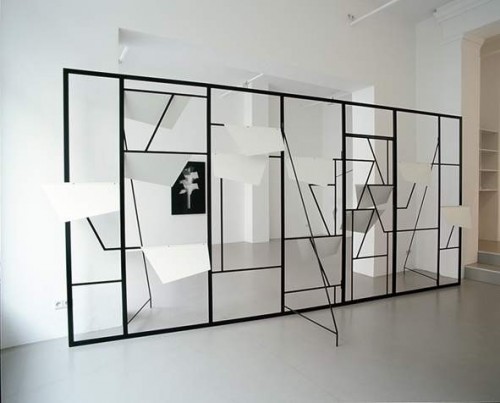 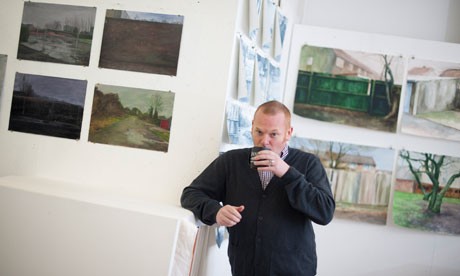 George Shaw has been short listed.

Tate and BALTIC Centre for Contemporary Art today announced the four artists who have been shortlisted for The Turner Prize 2011. The artists are (in alphabetical order) Karla Black, Martin Boyce, Hilary Lloyd and George Shaw.

Karla Black
For her solo show at Galerie Capitain Petzel, Berlin, and for contributions to various group exhibitions, which together consolidated her innovative approach to sculpture and displayed her increasingly powerful works made with ephemeral materials.

Martin Boyce
For his solo exhibition at Galerie Eva Presenhuber, Zurich, which built upon his project for the 53rd Venice Biennale by holding the viewer within an atmospheric sculptural installation. Boyce’s work combines references to design history and text and is marked by a subtle attention to detail.

Hilary Lloyd
For a solo show at Raven Row, London. The exhibition marked a step-change for the artist in terms of the ambition and scale of her project, which investigates the interrelation of moving image, sound and sculptural form in the portrayal of the urban environment.

George Shaw
For his solo exhibition at BALTIC, Gateshead. Shaw’s paintings depict the area around his childhood home and are rendered exclusively in Humbrol enamel paint. With their deeply personal juxtaposition of subject matter and material, they lie intriguingly on the edge of tradition.

The Turner Prize award is £40,000 with £25,000 going to the winner and £5,000 each for the other shortlisted artists. The Prize, established in 1984, is awarded to a British artist under fifty for an outstanding exhibition or other presentation of their work in the twelve months proceeding 4 April 2011. It is intended to promote public discussion of new developments in contemporary British art and is widely recognised as one of the most important and prestigious awards for the visual arts in Europe.

This year marks the twentieth anniversary of Channel 4’s association with the Turner Prize. Channel 4 is sponsoring the prize fund of £40,000 and a dedicated programme featuring the live announcement of the winner will be broadcast on 5 December 2011. A series of short films about the shortlisted artists will feature on Channel 4 as well as additional programming on More4.

Work by the shortlisted artists will be shown in an exhibition at BALTIC Centre for Contemporary Art, Gateshead opening on Friday 21 October 2011. The winner will be announced at BALTIC on Monday 5 December 2011.