Verdi's Rigoletto at the Metropolitan Opera 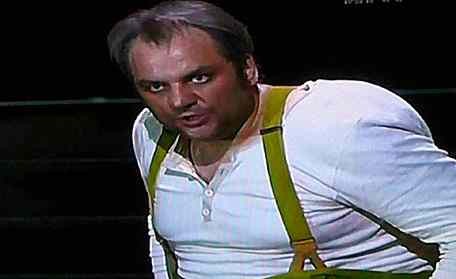 Zeljko Lucic sings in the tradition of the great Rigolettos. 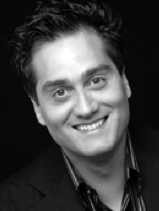 Filianoti is more ’mobile’ than any woman he takes up with. 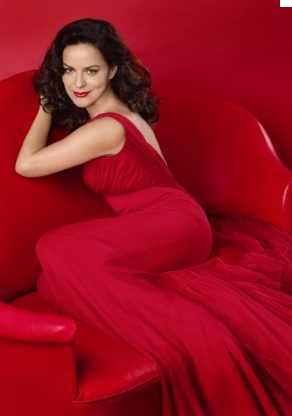 Not hard to see why Nancy Fabiola Herrera makes the Duke even more fickle.

Victor Hugo, whose play Le Roi s’amuse is the basis for Rigoletto was jealous of the opera’s success, but he did recognize its greatness. Hugo wrote, “If I could only make four characters in my plays speak at the same time…I would obtain the very same effect.”  Hugo’s play is no longer performed and Rigoletto is happily a staple of the repertoire.  The quartets are among Verdi’s finest.

Fabio Luisi conducted with a subtle attention to Verdi’s music which both underlines and leads this sad story of a hunchback jester in the court of the Duke of Mantua.  Luisi picks up the melody in the duet between Rigoletto and Sparafucile when they first meet, carried by cello and bass rather than the voices.  The opera is filled with such opportunities and Luisi takes full advantage.

Luisi tends to details without sacrificing the emotional upheavals and storms.  For example, after the famous quartet in which the Duke, Maddalena, Gilda and Rigoletto all voice widely different feelings with distinctive lines that almost magically work together, Luisi masterfully puts together the brewing storm, the flute and piccolo representing lightning, the off-stage humming chorus suggesting wind, until finally the storm breaks on cellos, basses and bass drum.

This evening, the clear stage star was Zeljko Lucic as Rigoletto.  From the beginning, the dramatic and vocal opportunities of the role have been admired.  Felice Varesi who premiered Rigoletto in Venice noted that he would never have another role like this one.  And who can forget the great soliloquy, somewhere between recitative and melody, in which Rigoletto compares himself to Sparafucile:  “I have a tongue, he has a sword, I am the one who laughs, he is the one who slays.” Lucic takes full advantage of this operatic equivalent of Shakespeare.

From the moment that Sparafucile turns his back to us, and continues to hold his final note until he is out of sight,  Stephan Kocan is a deliciously booming assassin.  Verdi has drawn even the minor characters memorably and distinctively.  It is not hard to see why he considered this his greatest opera.  He wrote,  Rigoletto  is “…the best subject as regards theatrical effect I have ever set to music.”

After a slow start, Lucic submerged himself in the role, soaring with majesty and retreating into tenderness.   Surely he has one of the most extraordinary baritone voices on the opera stage today. And just as surely he performed as George Bernard Shaw expected when he wrote that Verdi had “burned” the character of Rigoletto into music.

It is nice to see the young baritone Quinn Kelsey taking his rightful place on the Met stage, even if, as Monterone, he is uttering curses.

Filianoti, whose amorous adventures we first saw at the Lyric Opera of Chicago as Nemorino, did not seem much aroused at first.  Perhaps the role of his love interest should not have been cast so literally in the spirit of the Hugo play’s opening lines, “I want to bring to a climax his adventure!  A plebian woman, of obscure birth, no doubt.”   Some have called Machaidze “the Walmart Netrebko.”

When the delightful mezzo Nancy Fabiola Herrera arrives at the Inn in the third Act, everything that one has come to expect of Filianoti kicked in, the beautiful voice with a tinge of spinto, the energetic engagement with his partners on stage, and his class act rendition of “La Donna e mobile,” once too often for the beleaguered Rigoletto.

Luisi and his cast gave Verdi his due and more.