Gallery Naga On Line Only 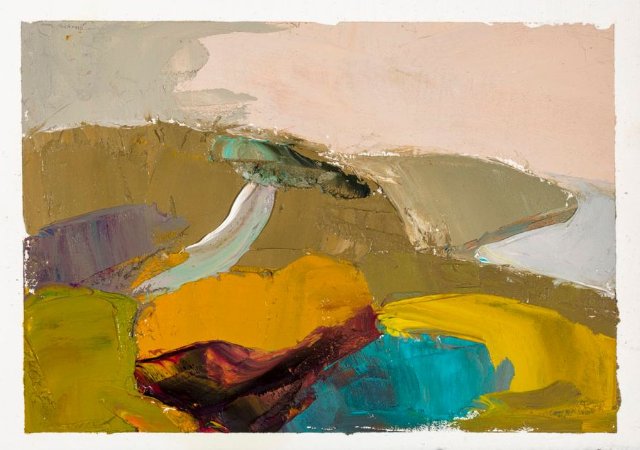 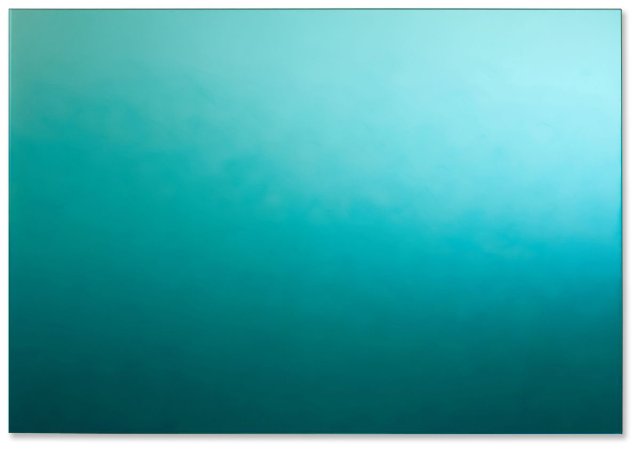 To mark the beginning of another month in this surreal and uncertain time, Gallery NAGA will present the third solo exhibition of glowing, ephemeral paintings by Nicole Chesney and luscious, Irish landscapes on paper by Rick Fox.

Nicole Chesney’s abstract paintings are oil paint on acid-etched and mirrored glass.  The title of the show, Current, is defined as, “belonging to the present time,” as well as “a body of water, air, or electricity moving in a definite direction.”  Current continues Chesney’s endless wondering with notions of sky and water and investigations of perception.

Chesney is a student of color, always within reach in her studio is Werner’s Nomenclature of Colours, The National Audubon Society Field Guide to North American Weather and The National Audubon Society Field Guide to the Night Sky.  Darwin used Abraham Werner’s book to describe his discoveries and color observations on HMS Beagle voyage, which included the Galapagos Archipelago.  Chesney is also on a journey, her discoveries about color in her paintings.  Each of her works is like a new look at a familiar animal.  A deliberate nod to the influence of Werner is made in the titles of Verditer and Verditer Green.  Werner’s spelling is actually “verditter,” while Chesney has opted for the more contemporary spelling.  These two paintings are also Chesney’s first explorations of green mirrors.

Werner was a mineralogist and geologist.  Early in his career he published the first textbook on descriptive mineralogy.  Having started as a jeweler’s apprentice, Chesney feels the allure of rare and precious gems.  The recognition of this shared desire is especially apparent in Azure and Beryl.  Azure comes to English from a poorly translated Arabic word meaning lapis lazuli.  The word beryl is derived from the Latin beryllus, which referred to a “precious blue-green color-of-sea-water stone.”  Each Chesney painting speaks of color, but also about substance: Mother of Pearl in the reflective whites, sea foam in the blues, and reflective metals in the dark tones. Chesney’s paintings create a meditative repose on color and space where the viewer may rest from the other hopes and desires clamoring for attention in our current tumultuous world.


Rick Fox paints landscapes almost entirely en plein air.  Teaching and residing on the southern coast of Maine, he is surrounded by natural beauty; he visits the same spot over and over again, never tiring of the view.

By painting en plein air repeatedly, Fox’s works become subtle markers of the different time of day, the changing quality of light, the seasons and the weather.  Though the scenery remains the same, each of his works capture vastly different details almost becoming separate landscapes in themselves.

His paint is applied mostly by pallet knife and is laid down in thick, confident strokes with streaks bumping into each other creating tension while maintaining balance.  Occasionally, small areas of the surface painting will appear to have been scraped away to reveal a wash of color instead.

This body of postcard-sized works on paper was created during a seven-week residency with Ballinglen Arts Foundation in Ballycastle, County Mayo, Ireland.  During his stay, he was working on both canvas and paper.  When he ran out of canvases he could get supplies shipped from Dublin, taking a day or two.  Working on paper became more of a curiosity.

Fox had a few favorite spots around Ballycastle including a hike a mile and a half to the mouth of the Ballinglen River on Ballycastle Beach.  In December and January it was normal to have four-season days which added to the excitement as weather quickly rolled in and out.

On days when the rain was torrential, there was a perfect glassed-in porch a few steps down the hall from Fox’s studio that had great sweeping views north to the Atlantic and west toward Milltown, Céide Fields, Doonfeeney Cemetery and the Stella Maris Hotel and pier.

As Fox explored the island he worked in his usual way, capturing the landscapes in bold color.  The new paintings speak of a softer and grayer light in the environment.  His customary bold colors are slightly quieted and his compositions lean towards the calm.

All of the paintings were documents of trying to drink in the color, space and excitement of this beautiful new land in County Mayo.