Two Gentlemen of Verona at Theatre for a New Audience 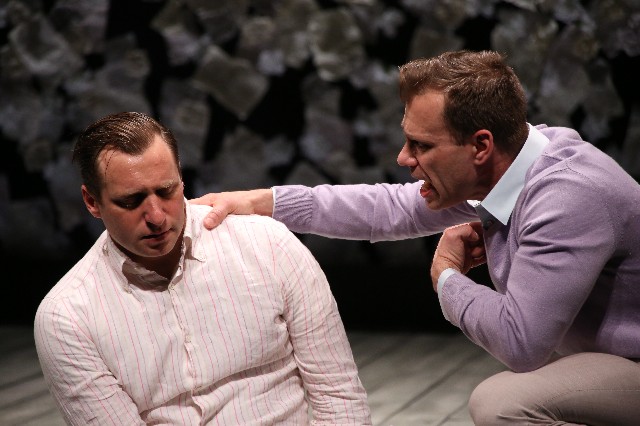 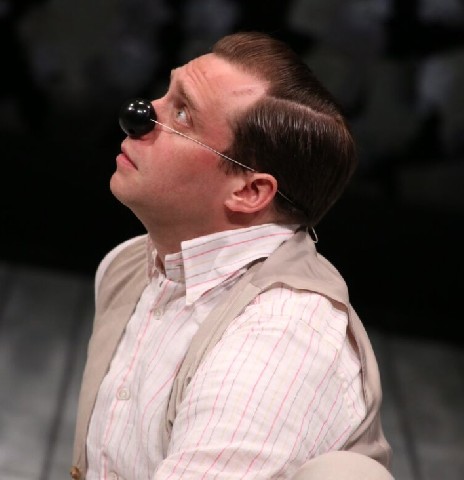 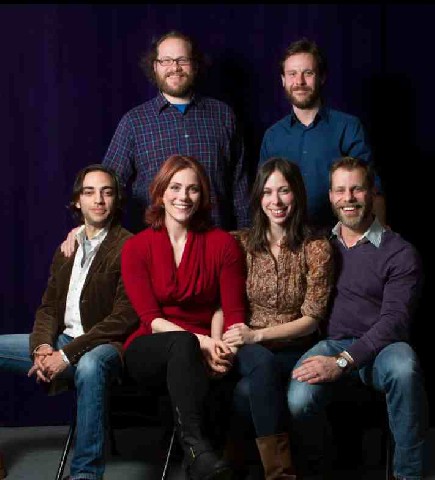 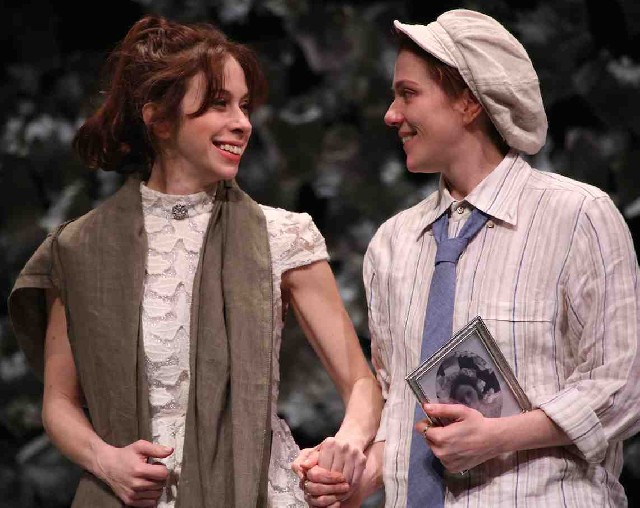 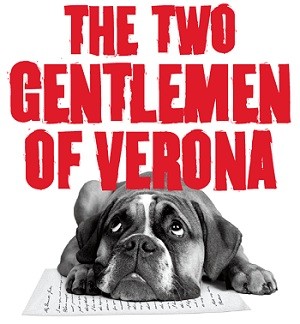 What may well be Shakespeare's first play is produced as a wild and charming mash-up of The Book of the Courtier, Match.com and luscious language.  Fiasco Theater out of the Folger in Washington, DC has collaborated with Theatre for a New Audience in the past.  Now they arrive in full blossom at the Polonsky Shakespeare Center in Brooklyn.

Blossoms bowl you over as you enter the Scripps MainStage Theater.  Designer Derek McLane has taken a simple love note, crushed and then resurrected by the confused Julia, and plastered a thousand replicas over the tall stage walls and ceiling.  Attached to some are blossoms, perhaps the symbol of Julia's repentant kisses.  Stage columns become the trunks of trees.  They are topped with branches which present blossoms that have not yet fluttered to the notes.

Lighting by Tim Cryan takes the set through the emotional turns of the play, going from white to blue and then to the red of passion at the play's denouement.  Costumes by Whitney Locher are contemporary, but the prim pastels of both the men's and women's dress makes them blend easily into a timeless statement about Love's Labor's Won.

Blossoms are, according to the producers, at the heart of this play.  Young love, testing, trying, and teasing, is blossoming before our eyes.  This is a first draft of Shakespeare's understanding of character, story and essences.  It is full of, the directors say, "passion, discovery, mistakes, truth and lies."

The company brackets the play with song.  Introductory phrases suggest the angst of love: "Each night I suffer for your sake, You're the one I love so dear," on to an instrumental quartet and a final punctuation: "And when the wind blows high and clear, Pray send a note to me."

Every plot device to help twist and confuse is deployed.  We have the journey, the disguise and mistaken identity, the note itself.  Only handkerchiefs are missing.

Zachary Fine is superb as Valentine, who is true to his love, but deceived by his best friend.  His voice lifts and falls, sinking into the language, then lofting it.  Uncredited as Crag the dog, he dons a clown's nose and sniffs wherever dog's sniff, including a crotch dive for a ball.  The man is fearless.

Noah Brody is a prick as Proteus.  Just the right attitude for the role.  Yet he is never nasty and learns his lesson with grace.  All the characters are lively, and contrast in wisdom, pure pluck and innocence.

Austrian and Steinfeld directed to heighten the comic effects. Embracing humor gives this production its high spirits.   Using the aisles and balconies to wrap the audience in the play's adventure, actors become part of the world of the watcher.  Every trick is pulled on us. Even bandits put the lovers on trial.  And of course The Dog!

This production is no dog.  It has a fresh whiff and a quiet joy.  All the storytelling, the theatrical excitement, the incisive characterization and the intense poetry we have come to associate with the Bard are here in full. This is a triumphant evening at the Theatre for a New Audience.