Sit down with Actors in Huntington Theatre's Present Laughter 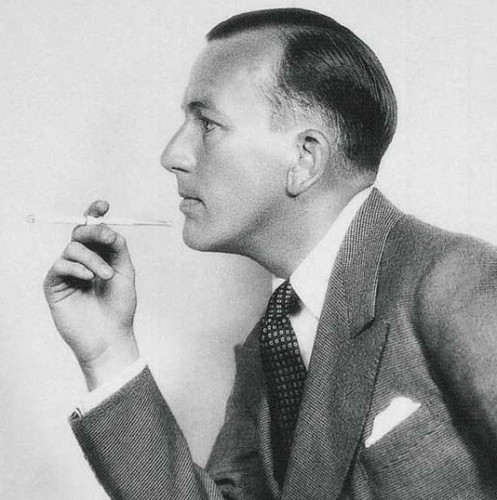 The actor, playwright Noel Coward wrote and starred in Present Laughter in 1939. 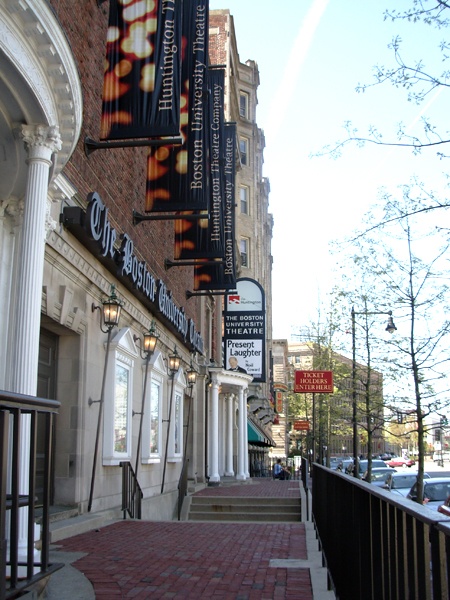 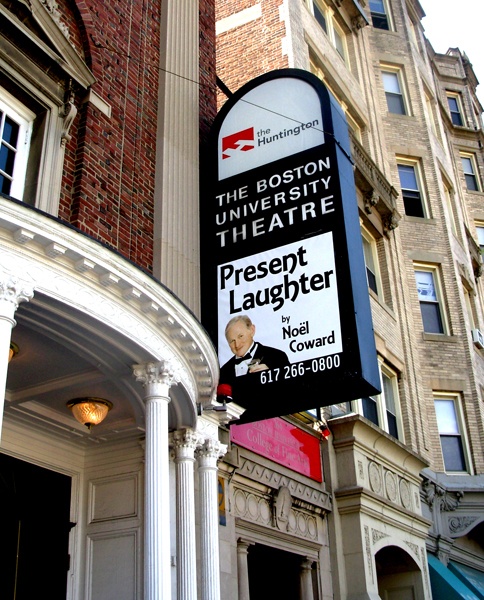 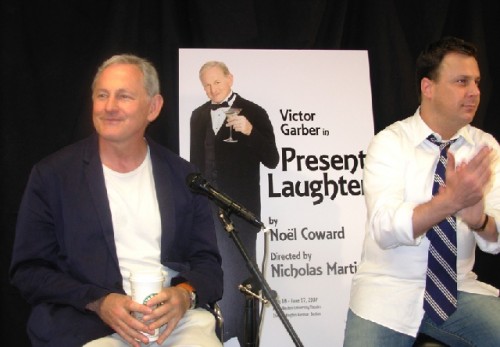 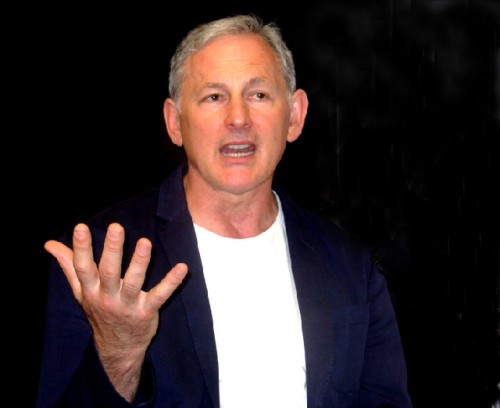 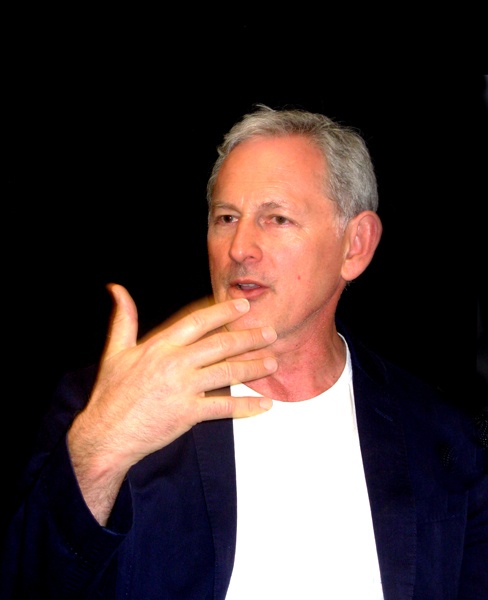 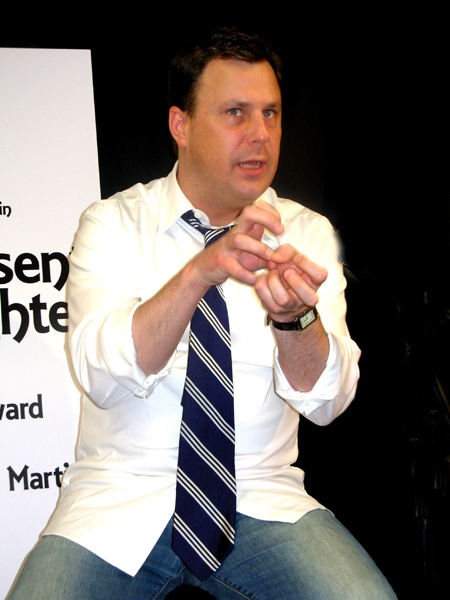 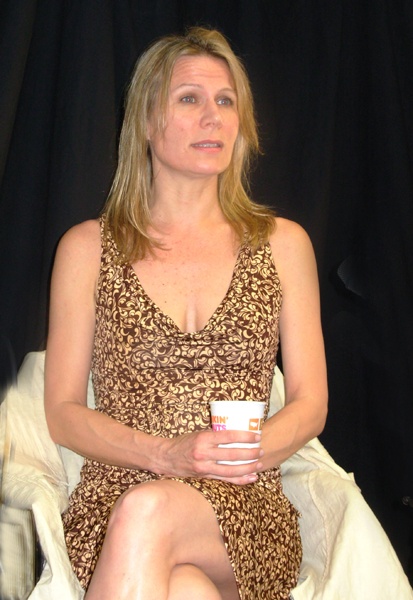 On the morning of the first run through of the 1939 Noel Coward play "Present Laughter," directed for the Huntington Theatre Company by Nicholas Martin, its star, Victor Garber, joined by cast members Brooks Ashmanskas and Pamela Gray met with the media.

The greatest challenge of the play is its witty, vintage, erudite text. "I started working on this intensively three months ago," Garber said looking both fresh and casual in tan slacks, a white t-shirt and summer weight blazer. He explained that he wanted to have a command of the script from day one of the rehearsals and he  more or less expected the same from the other performers whom he hoped would be professional, fun to work with, and not "assholes."

Based on the upbeat humor and their enthusiasm about working together this proved to be not a great concern. Garber described how when working with Alan Alda as one of three actors in the play "Art" Alda had suggested that they hang out together including regular dinners and weekends in the country. Initially, Garber regarded that notion with disdain concerning its suggestions of method acting and making the friendships conveyed in the play aspects of real life. "But he was absolutely right. By the end of the run of the play I really missed those guys."

So there has been a somewhat similar approach to doing the Coward play, which is about the complex relationships of an actor of a certain age and his issues, interacting with an assortment of former wife, lovers, groupies (perthaps that is an inappropriate term for the 1930s) a persistent playwright, secretary and others who surround and entice/ torment him as he is about to depart for a tour. The original part of Gary Essendine was performed by Coward and was viewed as the most autobiographical writing of his career.

Given the emphasis on the "wit" of the script, its quick banter, and farcial situations I asked if there were special challenges in presenting such a text driven and wordy comedy to an American audience which, when compared to a British one, has less of a love of language and its subtle intricacies? Would the play be different if presented to a better read West End audience? Was it particularly difficult to get the cadence and rhythm of the light hearted word play?

This is precisely why Garber had engaged in so much preparation to get a mastery of the text out of the way and concentrate on the aspects of building the complex characters. Pamela Gray described the kind of verbal gymnastics of the lines and getting beyond that to the humor and fast action of the characters. Brooks Ashmanskas discussed how the comedy comes from the fact that all of the characters are conveying the truth simultaneously as they see it even though the conflicts are readily evident.

Pressed on the difference between presenting an urbane comedy to a British vs. an American audience Garber observed that the approach of the production which is directed by Martin derives its strength from careful casting and an emphasis on the characters. Where in a London production it might be geared to the lines and their comic nuances here the comedy evolves from the depth of the characters and the absurdity of their situations. While conceding that the script and its sophisticated language is challenging Garber described it as no more so than performing Shakespeare or any other period piece. It comes down to the technique and craft of acting.

There were questions about whether the play would appeal to younger audiences. Is the dumbing down of mass culture through rap music and the sound bite, internet culture eroding the potential future of audiences? Garber with some pique responded that it is not his role to educate young audiences. While he also expressed that in general we tend to underestimate audiences. Gray discussed the enormous marketing of youth culture as an industry. That greed is a motive in the decline in media and entertainment.  Ashmanskas discussed how the young audience is starved for this kind and quality of theatre. He described the impact that has continued to linger when he saw an earlier production of "Present Laughter" with George C. Scott and a performance by Nathan Lane in his role as Roland Maule. Garber asked Brooks if he thought that "Scott was better than me" with a mug for the media. While Gray added that the text would include some difficult vocabulary words.

It is a long play, some two and a half hours with two intermissions. Surely that's a lot of wit for one evening. Garber asked how many of us planned to review the play? The response prompted him to pull back a bit. Ah yes, the power of the press. We will wait and see who has the last laugh. When it comes to an evening of theatre I am no coward.