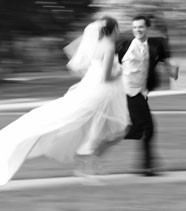 On the run for Huntington 2010 season. 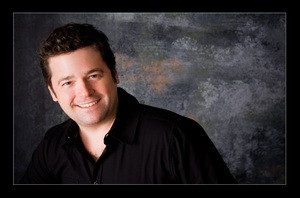 Peter DuBois is the artistic director of Huntington Theatre Company.

The Huntington Theatre Company’s 29th Season will include two world premieres directed by Huntington Artistic Director Peter DuBois, an American classic, two Shakespeare plays in repertory, a three-play festival from a breakout writer, and the 2009 winner of the Pulitzer Prize.

The season will include William Inge’s classic romantic comedy Bus Stop; the previously announced Circle Mirror Transformation as part of The Shirley, Vermont Plays festival; the world premiere of Bob Glaudini’s latest play, Vengeance is the Lord’s; the previously announced Ruined; a revival of Willy Russell’s warm comedy Educating Rita; the world premiere of Stephen Karam’s Sons of the Prophet; and a special engagement of William Shakespeare’s Comedy of Errors and Richard III performed in repertory by Edward Hall’s UK-based Propeller Theatre Company and presented in association with Boston University’s School of Theatre.

·        Circle Mirror Transformation, Annie Baker’s 2009 Off Broadway hit, directed by Melia Bensussen (one third of The Shirley, Vermont Plays festival, a collaboration with SpeakEasy Stage Company and Company One) at the Wimberly Theatre, the Huntington’s second stage in the Stanford Calderwood Pavilion at the Boston Center for the Arts, October 15 – November 14, 2010;

·        Sons of the Prophet, the world premiere of an insightful comedy from Stephen Karam (Speech and Debate), directed by Peter DuBois, March 25 – April 24, 2011 at the Calderwood Pavilion at the BCA;

·        Shakespeare’s Comedy of Errors and Richard III performed in repertory by Edward Hall’s (Two Men of Florence) UK-based Propeller Theatre Company May 18 – June 19, 2011 at the B.U. Theatre, presented in association with Boston University’s School of Theatre.

“Smart. Fun. Those two words kept coming up as we approached programming this season at the Huntington,” says Huntington artistic director Peter DuBois. “We have created a season of plays that promise to engage audiences deeply throughout the year – comedies with sharp perspectives, dramas with searing centers, and stories about families and relationships that stir, inspire, and leave us feeling more alive.  Each play in next season’s mix builds emotionally, intellectually, and stylistically on the shows that surround it."

MORE ABOUT THE SHOWS
In William Inge’s classic American romantic comedy Bus Stop, a snowstorm strands a bus outside of Kansas City, and its passengers – including a stubborn, lovestruck cowboy and the nightclub singer he hopes to marry – seek shelter and warmth at a roadside diner. The motley crew spends one night together, filled with bluster, heartache, and laughter, while searching for love. The Wall Street Journal calls Inge an “indisputably major artist, one of this country's half-dozen greatest playwrights.” “William Inge had a timeless sense of humor,” says DuBois, “and this play, perhaps his greatest, has a very modern feeling of openness and honesty. Inge was celebrated in his time, but I believe his plays are just hitting their finest moment. I know that Nicholas Martin will bring his terrific sense of comedy and warmth – so appreciated by Boston audiences – to bear in our production.” Bus Stop replaces the previously announced You Can’t Take It With You.

In Circle Mirror Transformation, the four students in Marty’s creative drama class experiment with theatre games as hearts are quietly torn apart and tiny wars of epic proportions are waged and won. Set in the Shirley, Vermont community center, this gentle and beautifully crafted new comedy mixes antic sadness and hilarious detail, and became a runaway hit Off Broadway. The New York Times called the play, “absorbing, unblinking, and sharply funny.” Circle Mirror Transformation is the Huntington’s offering in The Shirley, Vermont Plays festival of plays by the breakout writer Annie Baker, which also includes Body Awareness from SpeakEasy Stage Company and The Aliens from Company One. The plays will have staggered openings beginning October 15 but run concurrently, providing audience members the opportunity see all three between October 30 and November 14. Special same-day “marathon” scheduling is being designed so that one will be able to attend the entire festival in one day. Subscribers to each of the three participating companies will receive discount offers on the other two festival productions.

“I fell in love with the characters in these plays and with the idea of creating a fictional New England town at the Calderwood Pavilion and the BCA campus,” says DuBois. “Each of Annie’s plays stand on their own with their imagination and subtle humor, and seen together they form a striking portrait of Shirley, Vermont. The same is true for this festival; each company has their own identity and audience, but together we hope to bring out the richness of a writer’s vision in the creation of this fully imagined community. Annie’s writing makes you happy to be in the theatre.”

Vengeance is the Lord’s is a world premiere from smart, edgy, and insightful playwright Bob Glaudini, a John Gassner Playwriting Award recipient. The Horvath family forgives their trespassers - all but one.  A mother's call for mercy clashes with a father's need for retribution when their daughter's murderer comes up for parole.  Sharp jokes and tough love drive this searing and funny new drama, which unfolds at dinners from Thanksgiving to Easter.  A modern American family asks a classic moral question: what can we do when “justice” is not enough?  DuBois reunites with Glaudini to direct, having previously collaborated on Jack Goes Boating with Philip Seymour Hoffman for LAByrinth Theater Company and A View from 151st Street, also with LAByrinth. “I love directing Bob’s work. He writes with a muscular, spare lyricism and creates deep, meaty roles for actors," says DuBois. “This play is propelled by magnetic characters, and takes place at the holidays when the quirkiest dynamics of everyone's family come out at full tilt.  Bob imbues this darkly comic domestic drama with a soul-stirring poignancy.”

As previously announced, the Huntington, in cooperation with La Jolla Playhouse and Berkeley Repertory Theatre, will produce Lynn Nottage’s 2009 Pulitzer Prize Winner Ruined, directed by Liesl Tommy (Ruined, Eclipsed). Savvy business woman Mama Nadi knows how to survive in the midst of the Congo civil war: don’t take sides. She sells beers and girls to any man who'll leave his gun at the door. The good-time atmosphere of the canteen and her sharp wits can’t always protect her and her girls from the atrocities afflicted on them, but their courage, humor, and hope live on in this gripping drama. The Chicago Tribune wrote, “Sincere, passionate, and courageous, Ruined is a remarkable theatrical accomplishment.” “The first time I saw Ruined, I was simply unable to hold back tears,” says DuBois. “ Lynn Nottage has created an astonishing, enduring piece of writing that should be seen by everyone. The play is unflinching, emotionally cathartic, and absolutely revelatory.”

Educating Rita, by Willy Russell (Shirley Valentine, Blood Brothers), is the 1980 Olivier Award winner for Best Comedy and enjoyed a highly acclaimed London revival this spring.  Rita, a young, brash hairdresser, wants more out of life.  With a newly discovered passion for English literature, she enrolls in the local university despite the disapproval of her husband.  Rita’s tutor, Frank, is a middle-aged poet and professor, and her fresh, unschooled reactions to the classics cause him to question his own understanding of his work and himself in this warm and witty tale of self-discovery.  "Re-discovering Educating Rita was a delight as I was planning the season,” says DuBois.  “I found the play as intelligent, surprising, and funny as ever.  The play's warmth and sense of self-discovery radiates.  In a city celebrated for its centers of learning, I expect the play to pop with particular meaning."

Sons of the Prophet, a world premiere by acclaimed young writer Stephen Karam (Speech and Debate, Columbinus), will be the second play directed by DuBois next season.  Charles and Joseph are having one hell of a year.  When a prank-gone-wrong in the small town of Nazareth, PA leads to the death of their father, the two brothers struggle with a series of unfortunate events that soon spiral into operatic miseries as an ambitious and sexy reporter descends looking for a story.  In an age where most people look to quick fixes to solve any unpleasantries in life, Sons of the Prophet takes a brutally funny look at unresolved chronic pain and the many ways we cope with the overwhelming.  “Stephen Karam comes through as a writer whose voice is clear, and laugh-out-loud funny," says the NY Daily News.  DuBois says, “The depth of feeling in Stephen Karam’s writing is ravishing. His play is fresh, bracing, and alive. He takes the mess of our lives and turns it into phenomenal comedy.” Sons of the Prophet was commissioned and is produced by special arrangement with Roundabout Theatre Company.

The renowned British Propeller Theatre Company will perform Shakespeare’s history Richard III in repertory with Shakespeare’s Comedy of Errors in a special residency to end the season. Richard III centers on one of the great characters of world literature, the Machiavellian Richard, Duke of York and his jealousy-driven ambition to unseat his brother and become the King of England. One of Shakespeare’s funniest and most youthful plays, Comedy of Errors tells the story of two sets of identical twins separated at birth who are surprisingly reunited, but not before a series of slapstick mishaps of mistaken identity and more occur. The much beloved story has been adapted for centuries into opera, film, and musical theatre.

The all-male Shakespeare has drawn international acclaim for its rigorous approach to the text with a modern physical aesthetic. The New York Times declares, “The daring, the dazzle, and the pure craft of this company is absolutely exhilarating.”  Propeller Artistic Director Edward Hall (Two Men of Florence, Rose Rage) says, “I want to rediscover Shakespeare simply by doing the plays as I believe they should be done: with great clarity, speed and full of as much imagination in the staging as possible.” “Edward Hall’s production of Two Men of Florence was such a monumental experience for all of us my first season, and I’m delighted now to bring his dynamic company to Boston," says DuBois. "Propeller’s actors are incomparably talented; they hit the darkest notes of the drama and the antic shenanigans of the comedy. These productions are not to be missed.”

GROUP ORDERS AVAILABLE NOW
Groups of 10 or more can place orders now at 617 273-1665 or groupsales@huntingtontheatre.org .
Individual tickets on sale to the general public in August.