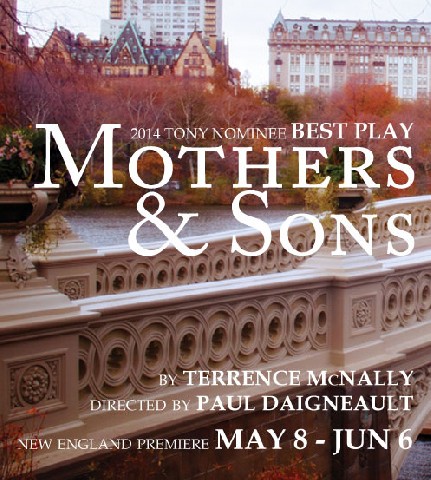 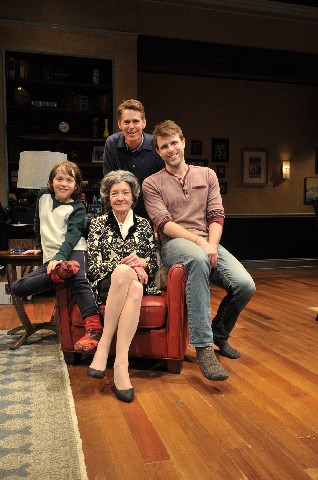 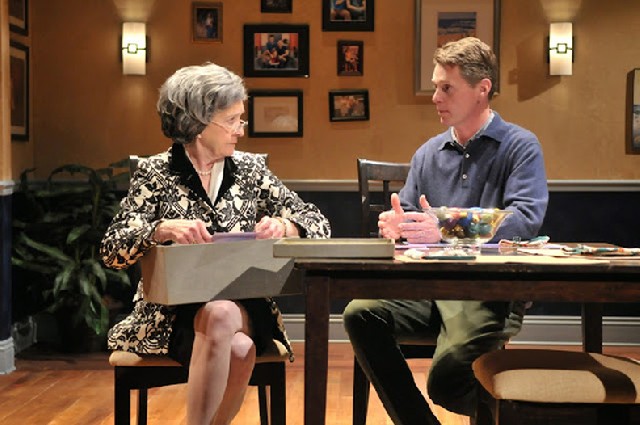 The trials and tribulations of being gay in late 20th and early 21st Century America have been theatrically portrayed in various ways in the last few decades. Angels in America and The Normal Heart were historically referenced, while M. Butterfly, History Boys and Torch Song Trilogy spoke to a particular culture and time period. Terrence McNally's Mothers and Sons speaks to both history and present cultural folkways and mores.

In the most simple terms, Mothers & Sons is the story of a recently widowed Dallas matriarch Katharine Gerard on an unexpected visit to New York City to meet with her late son’s former partner, Cal, who is now married to another man Will. They are raising a young son, Bud. Angry, embittered and now quite alone, she is forced to consider the life that her son might have led had he lived. Her own very pronounced homophobia caused her to literally reject her late son Andre. At the couple's West Side apartment, Katharine must come to terms with her own prejudices and life choices.

The SpeakEasy Stage Company's current production of Mothers & Sons is beautifully presented and acted. Always giving a wonderful performance, Nancy E. Carroll is the standout in a wonderful ensemble. Truly a gifted actor, Carroll is able to demonstrate a dramatic chameleon's ability to change to fit her theatrical surroundings. Extremely polished, she is a character actor gem. Her performance is worth the price of admission by itself.

Quite believably portrayed, each actor's characterization, both adult and child, are exceptional. Michael Kaye as the somewhat older husband of Nile Hawver's writer Will Ogden are a comfortable couple with all of the edges and curves of any interesting domestic relationship. And Liam Lurker as Bud Ogden-Porter literally sparkles.

The Upper West Side apartment/co-op set by scenic designer Erik D. Diaz is a nearly perfect environment for the verbal jousting and at times uncomfortable banter that rolls Playwright Terrence McNally's narrative of prejudice, pride, contemporary changing attitudes and misjudgments along.

Speaking of verbal jousting, McNally uses word and ideas a bit like martial arts--parrying, feinting and striking. Carroll's character Katherine seems to get the worst of it, perhaps deservedly so. However, she fiercely fights for her self-pride, but ultimately through much emotional pain develops self-awareness.

If there is a weakness in the  play, it is that the ending can too easily be figured out. This seemingly happily ever after ending is just too good to be true. But with all the poignant dialogue and emotionally charged exchanges, a positive resolution is a relief if not realistic. One of the themes of the play is that people don't change. This is either not true, or they were actually something other than what they normally presented. This is the Playwright's major focus of the play. Nonetheless, the narrative underscores our shared humanity.

Mothers & Sons is a tough and at times very sad story. It reflects various generational changes in attitudes and sensibilities. This production's acting, staging and directing make it a riveting theatrical experience.