Of Mice and Men at Hubbard Hall 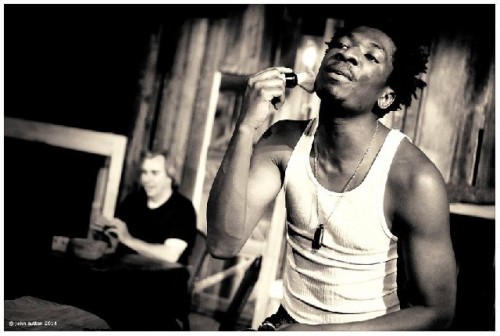 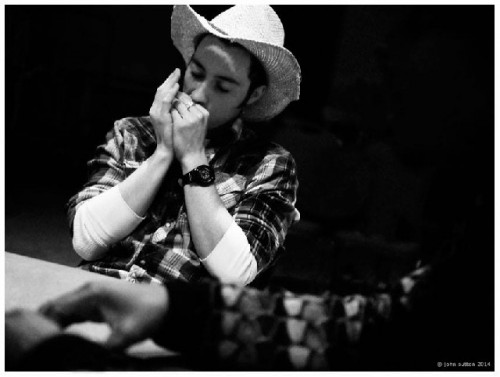 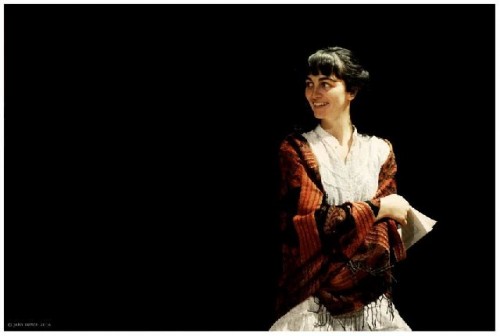 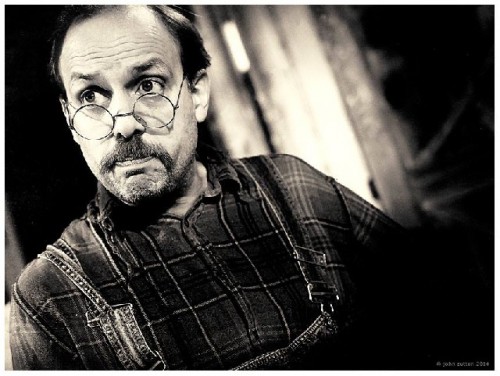 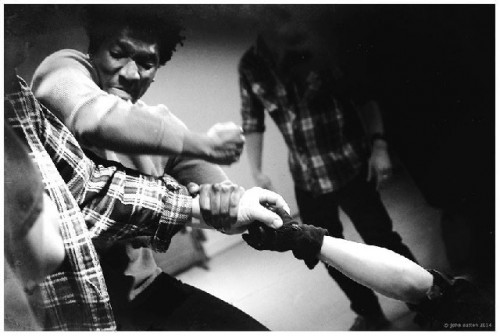 Of Mice and Men by John Steinbeck is a hard play to watch.  We fall in love with the simple good nature of Lenny and the complicated kind-heartedness of George from the very beginning.  We are pierced by their everyman's dream of a better life, and all the while we are aware of the inevitable tragedy that will come at the end of the play as the best laid schemes of mice and men unravel.

Hard as it is, there are some fine pleasures to be had in the journey guided by Jeanine Hass that this Hubbard Hall production takes.  The cast, comprised of some seasoned professionals and some amateurs, does not feel as unbalanced as some past productions have.  Instead, in this mix we can see a real life version of people helping each other, and figuring how to live and work together to the best of their abilities- the result is compelling.  A prime example is the pairing between the consummate actor, James Udom, as George and the huge Chris Barlow who plays Lennie.

Udom is by far the highlight of this production.  He takes every line, every nuance and makes it his own. His confidence and skill are coupled with grace as he allows Barlow, his well cast but less skilled colleague, to shine.  The raport between the two works well on stage because likely it was so during the rehearsal process- mentor to mentee.

Udom is a black man who traditionally would not be cast in this role.  This casting does require some tweaking particularly of the outsider character Crooks, played well as an alienated Italian by Albert Verdesca. It requires us to look beyond the racial rules of the early 1900s and understand that loneliness can be a product of almost any kind of difference.  It isn't that Udom's race isn't noticed, but it is certainly not the central point of the story, and that is a good thing.

Other performances of note are Slim, played by a steadfast Rob Rowe and Candy, played by a heartbreakingly sincere Doug Ryan and his dog.  Most of the supporting actors do their jobs quite well, excepting the young Jack Boggan who was hung out to dry as Curly.  In time, no doubt, his acting capacity will improve, but as it is he turns in a one dimensional character that makes for some jealous cowboy comic relief and is ultimately a missed opportunity.  Maizy Scarpa as Curly's wife has her moments, but her performance also lacks complexity and makes it hard to feel for her when she meets her demise at the hands of the "gentle" giant.

The set and lights effectively create the sense of a rural landscape. The audience lines both sides of the Hall, with the marsh on stage- the actual cut reeds, stumps and trees and dimly lit for dusk and dawn. The balcony was hung with old barn timbers, creating a back drop for the bunk room and interior barn space with sunlight or hay lights shining through the cracks as appropriate.  The actors appeared to have no trouble shifting the scenic pieces to create one space or another, and so I am unclear as to why there was the need for two intermissions in an already lengthy show.

So many of the props were underplayed, such as empty cans of beans for dinner, imagined foam for shaving and sparse blankets on the bunk beds. The suggestions of these things can be a stylistic choice and we are willing to suspend our disbelief for the sake of a play, but in the same vein, I could have done without the meager moveable campfire and the abrupt horse sound effects.  The costumes generally fit the bill- dirty overalls, ripped jackets, the boots of a farmhand, and yet perhaps the dress of Curly's wife could have been a bit more put together and hemmed.  After all, she wants to be an actress and prides herself on her appearance.

In general, it is a good effort on the part of Theater Company at Hubbard Hall and perhaps the best since Drawer Boy in 2012 (another play about friendship, dreams and farmland).  Of Mice and Men entertains and occasionally moves- as I left, I noted several audience members crying from the Steinbeckian aftershock.  This is a play worth the drive to Cambridge and you have one more weekend to catch it.