Puppets And People Interact To Show Growing Up Ain't So Easy 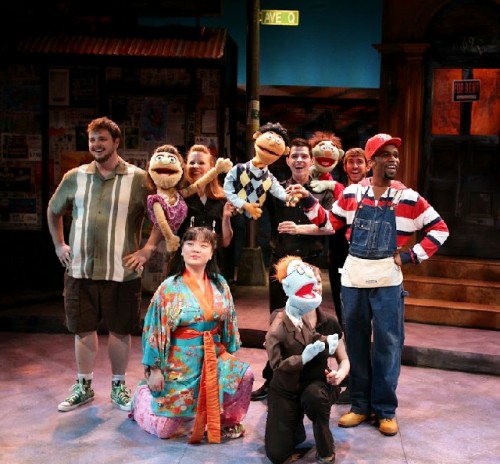 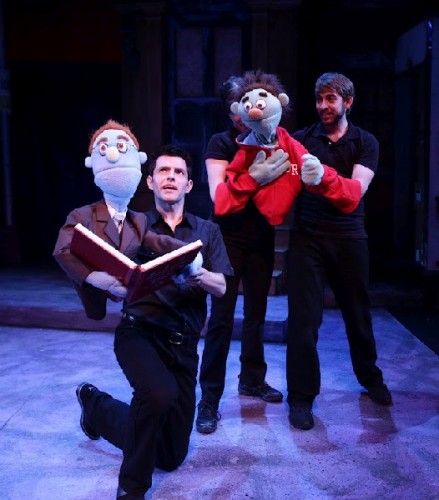 John and Phil with Rod and Nicky 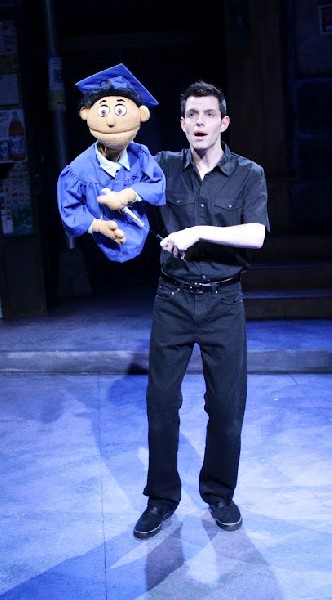 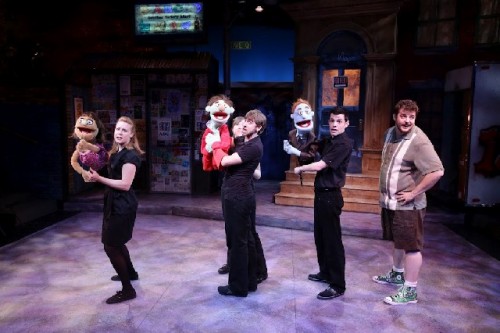 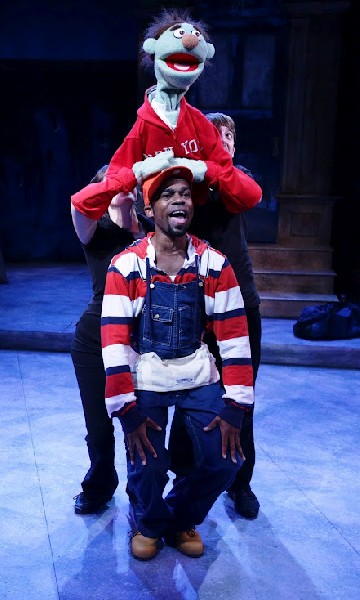 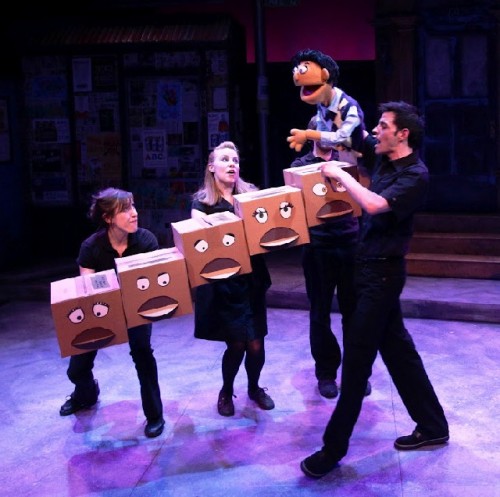 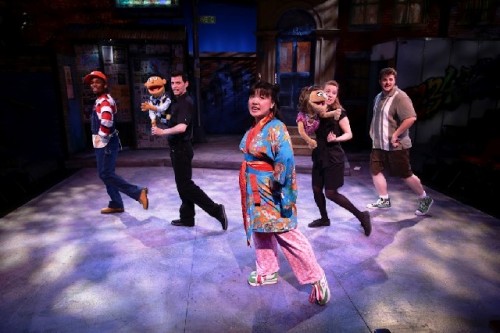 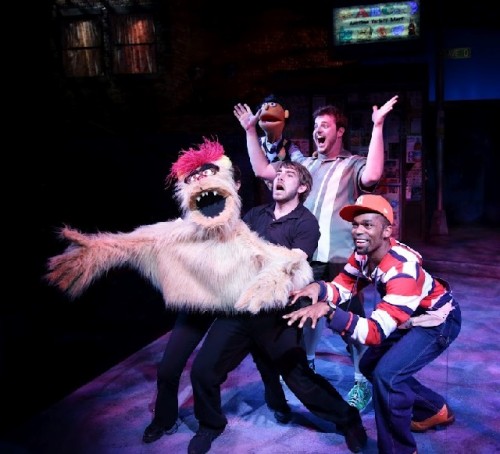 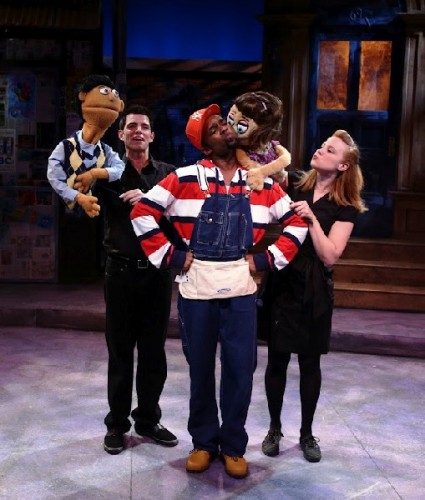 The multiple Tony Award-winning Avenue Q is a topical musical comedy in two acts. Set in a gritty rundown urban street with a variety of individuals (represented differentially ethnically, sexually, intellectually and attitudinally) living in a closely set apartment complex, it is a coming of age parable, addressing and satirizing the issues, anxieties and responsibilities associated with entering adulthood.

In one way or another, Avenue Q’s characters bemoan that as children and students, they were assured by parents, teachers, and even children's television programs like Sesame Street that they could do anything. The sky was the limit. They were taught that they were special. Not so shockingly, they find that this is just not true. Life is not play school or even college but a school of hard knocks. No wonder that they are foulmouthed.

As adults, each of the characters have discovered to their utter dismay that in the real world options are often limited, and they as individuals are no more special than anyone else. To make this point, the musical creatively uses animation and puppets to brilliantly interact with human actors and the audience.

Avenue Q parodies PBS's Sesame Street with a lot of the urban angst of the lower Manhattan Alphabet City based Rent (1996) thrown in. This show displays ironic puppetry relating to the cuteness of the Muppets but with the underlying seriousness of Pinocchio and his conscience. In some rather sad ways, it is too easy to get down to Avenue Q.

All the characters, be they human or puppet, are flawed. The concept of purpose is a major theme of the musical. Princeton ponders his purpose continually while Nicky is driven to becoming a street person due to his lack of fortitude. Harry McEnerny's Brian is an unfunny, without a punchline comedian. His fiancee, Christmas Eve, has degrees in social work and therapy, but no clients.

Kate Monster (played and sung wonderfully by Erica Spyres) has no boyfriend and little prospects of starting a school for little monsters. And of course Gary Coleman, an actual real person, is a metaphor for the child actor who became a sad has-been. The Coleman character is the apartment's superintendant. At least he found a job.

Creatively designed to look like children's puppets (the Muppets), props and situations, this is a very adult show. This is not just true for the language but for the nature and angst of the issues focused upon and wrestled with. The moral of the show is that it is damn hard to become a responsible and fulfilled adult.

Spiro Veloudos' direction of the characters and puppets is impeccable. The lighting and illumination by Frank Meissner, Jr. draws us to the action and discourse. The choreography by Ilyse Robbins was easy and elegant.

Besides Ms. Spyres, the two voices of John Amrossino and his manipulation of Princeton and Rod are wonderful. This is also true of Phil Tayler's Nicky, Trekkie Monster and Boy Bear. Dancing and singing is one thing, but dancing and singing while holding a puppet is something much more difficult entirely.

Avenue Q is one of a very rare group of thinking out of the box shows. It is written and performed with skill, intelligence and joy. So what if it is little foulmouthed? And besides, puppet sex is a new experience for most people. It is a delight and should be seen by everyone who enjoys clever entertainment.