Natalie Dessay and the Met Orchestra at Carnegie 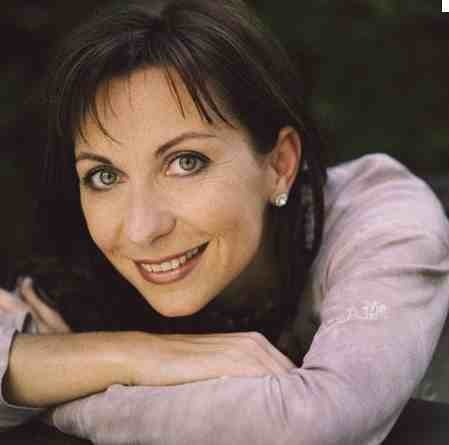 A wonderful soprano, lyric and coloratura too.

At the start there were some difficulties getting the right balance between orchestra and voice, but these were quickly overcome and hardly noticeable as Dessay swirled in her long black silk dress opened in the front to reveal tiers of shocking pink tulle.  In her hair was a ribbon or feather of the same shocking pink.  She looked like a very bad girl, but sounded simply glorious.

The Lulu Suite was composed after the Nazis declared Berg’s first opera ‘degenerate.’  Berg hoped to see at least some of his second opera performed by putting together opera elements in this suite.

Luisi’s take on Berg is somewhat different from Levine’s, but perhaps even more arresting.  He combines precision with a romancing of the musical line at which the Met Orchestra is so expert.  Conductor and orchestra were clearly a team throughout the afternoon.

Vocalises were featured on the program.  These display a brave soprano's voice without the cover of words.  Ravel’s, composed earlier than Villa Lobos, had ‘the form of a habanera’ and sounded so like his successor. Dessay captured the spirit in sudden outbursts interspersed in long, lovely lines.

Rachmaninoff’s Vocalise is perhaps the most famous and Dessay performed with a wrenching and pure beauty.

The Andante movement of  the Gliere Concerto for Coloratura Soprano is a challenge for every great singer.  “Feeling the purity of sounds," Gliere used to say, was his top priority during his lifetime. Organizing those sounds into pleasant and meaningful melodies took most of his time. What made him really happy was the serene atmosphere at home or at his villa in the countryside.  Dessay’s particularly clear and resounding tones were perfect.

On to an aria from Massenet’s Manon, which Luisi will conduct at the Met next spring.  Dessay was delightful in this role.  In Delibes Lackme, she performed the ‘Tu m’as donne’ aria with singular beauty.  A wonderful afternoon with Dessay, deploying her hands in such a charming way to clearly assist the voice, her left arm helping her rise to her top, and the right hand often depicting the vowels she so clearly sang.

Her encore aria from Fille du Regiment reminded us of what a consummate actress she is as well as a great singer.

There is excitement among the Met-watchers to see who will replace James Levine when he steps down.  With all the jobs Fabio Luisi holds and his need as the time for his assumption of that position comes closer to step away from prior commitments, what he is giving up for the Met becomes relevant.  So too are his masterful performances with the orchestra.  This spring his has brought his detailed and yet expressive style to productions of Rheingold, Rigoletto and Ariadne auf Naxos.  There is no question in the minds and hearts of the close followers of the Met Orchestra that he would be perfect for the job.  How long he will wait for annointment is a real question.  If Maestro Levine continues to insist that he will be well again, against all appearances to the contrary, the Met may find itself in the same position as Boston. Promises of his appearance on the website sell tickets, while no shows becoming more regular.

Of course we all wish that time and rest would cure Maestro Levine, but conducting is a physically demanding job. When he had to be hoisted by a lift onto the podium for the final Walkere performance, sad thoughts not just trickle, but flow.

Don Juan, composed and conducted by Strauss when he was just 24, concluded the program.  It was an immediate hit.  Today is it an audition piece for most instruments, all of which have very difficult parts.  This performance was thrilling.  The auditioning of principal conductor Luisi and the Met Orchestra will hopefully come to a happy conclusion soon.  Maestro Luisi deserves the appointment, along with the clear authority to be the artistic director.