The Collegiate Chorale at St. Bartholomew's in New York

Contemporary Voices Rise to the Dome 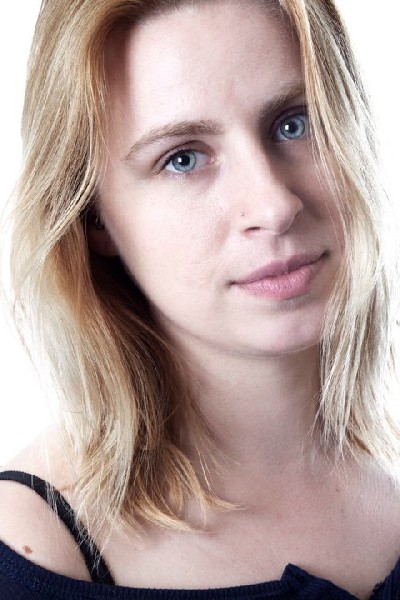 Virginia Warnken would have pleased Copeland. 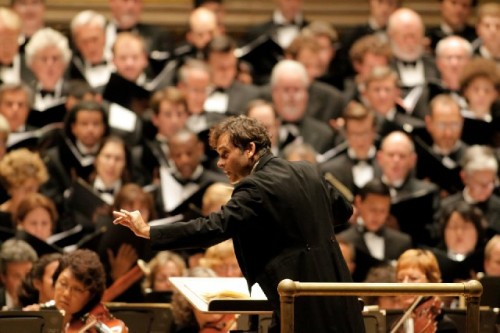 
St. Bartholomew's Church was the setting for the Collegiate Chorale's final concert of the New York season.  Works from contemporary composers, based on religious themes from all over the world, were performed.

In the Beginning was Aaron Copland’s chorale masterpiece with text from the first two books of Genesis.  The chorale is striking in its performance as a group, disciplined and yet yielding to the beauty of the song. James Bagwell conducts with a serene authority.  The soloist in this piece was Virginia Warnken, an unusually rich and vibrant mezzo-soprano.  We were clearly at the beginning of something wonderful.

Copland designed the solo passages as narrative, and the mezzo voice, like the baritone, is the perfect range for this task.  Warnken’s clear diction and an inviting tone embraced the world’s most famous tale.

The high climax, “And man became a living soul,’ with all the voices at the top of their range, was thrilling.  Luminous and pure tones rose to the 148-foot heights of the St. Bartholomew’s dome.

When Harvard invited Copeland to write a piece, he chose to set the first 38 verses of Genesis, which Martha Graham had suggested earlier. Each section ends with a chant, just as Avner Dorman’s Psalm 67 begins with one.

Commissioned in 2004, Dorman tried to capture voices in a cathedral, so we enjoyed the double effect of its performance in a very big church.  Dorman got just the right balance between flight and control, and blends many influences in the Psalm.   So too Toru Takemitsu, who at first rejected Japanese musical modes, because they reminded him of black parts of Japan’s history.  Based on an anti-war poem, this music feels, as Takemitsu wrote of his music, like walking through a space filled with changing light, pattern and texture.

In Krzysztof Penderecki’s Song of the Cherubim the Chorale delivered what sounded like a distinctive oktavist line, a full octave below the normal bass range, in growls reported to be normal. Instead they sounded like the deepest depths in the church’s acoustics.

Framed by the Chorale’s own lifetime, the final piece is the most frequently performed French music, second only to Ravel’s Bolero.  Familiarity breeds joy. At its premier under Charles Munch in Boston, Poulenc noted: “the dear, adorable Charlie who understands nothing about Gloria.”  “How Strasbourg he is, the dear treasure.”  (This a reference of Honegger and Roussel.)

Poulenc felt that the premier when well, but he was distracted by the arrival of Marlene Dietrich who kissed him.

The Gloria is fun, and I actually LOLed at the end of the 4 verse, when Poulenc composed a flip and a twirl.

Poulenc composed the piece for Leontyne Price who had scheduling conflicts and could not make the premier.  Adele Addison sang instead and pleased Poulenc.  Marie Mascari sang the solos at St. Bart's.  She frequently sings Philip Glass music and has an edge to her voice that worked here to penetrate the full chorus and organ accompaniment with ease.  Christopher Creaghan on the organ seemed to sing too.

Copeland wrote: “Composers don’t write music to console their audiences as though they were composing lullabies.  They write music to stir people up, to make them think about the varieties of experience as depicted in their work.”

Awakening our spiritual side may be just what we need.  The measure of Chorale’s talent is taken in part by Riccardo Muti, who will conduct the group this summer in Salzburg.  They will be back in New York in the fall.