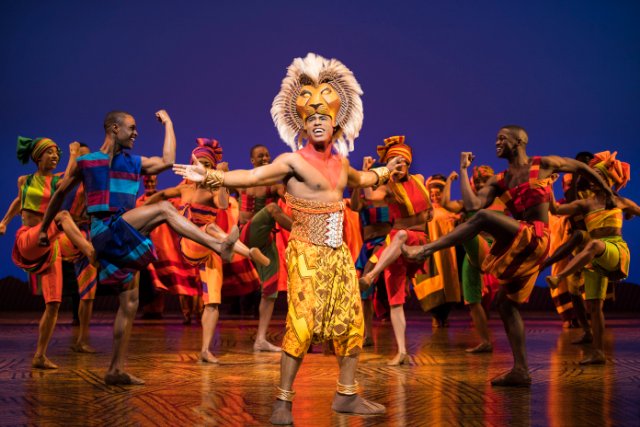 Photo by Deen van Meer Jared Dixon plays Simba as an adult in an equity national touring production of The Lion King. 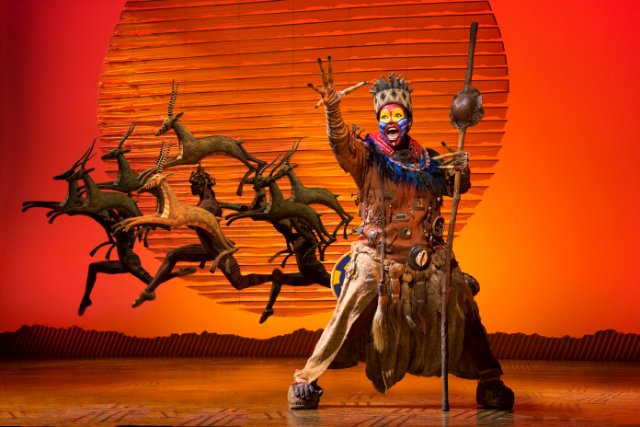 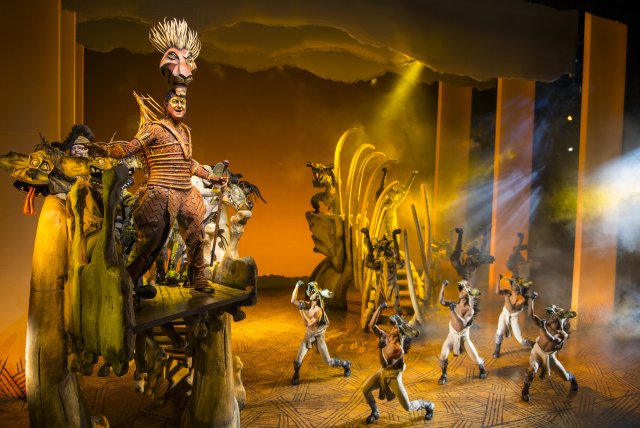 Photo by Deen van Meer The villain, Scar, feels as though he's on top of the world, well above his "subjects." 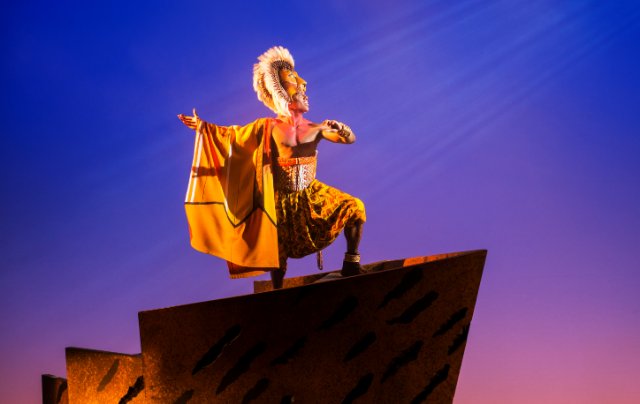 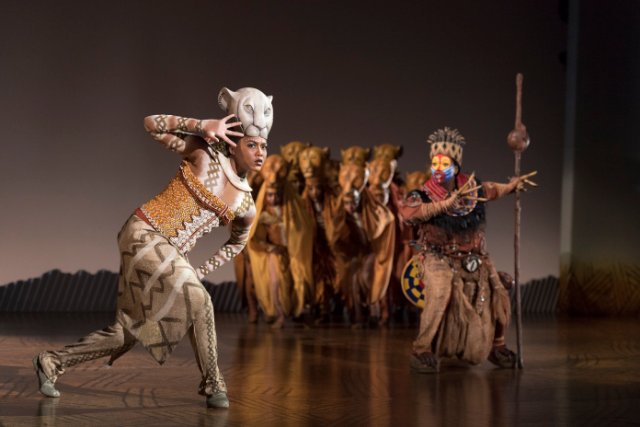 Photo by Deen van Meer Nia Holloway plays Nala as an adult in the national touring version of The Lion King.

With Hamilton capturing the theater world’s attention like few shows in recent memory, it can be easy to pass without a glance the marquee of another musical phenomenon that has played on Broadway seemingly forever.

Of course, the latter show is The Lion King. It will quietly enter its 22nd year on the Great White Way this November.

Fortunately, Broadway shows tour. This allows us, lest we forget, to relive, experience anew, or for the first time, the astounding magic and artistry of live stage gems such as The Lion King.

Thankfully, theater artist extraordinaire Julie Taymor’s astonishing, award-winning stage adaptation is touring the country. And so, you have the chance to be in the company of more than 95 million folks. All of their jaws have likely dropped while and after witnessing this visual feast of a show.

Hopefully, the sound will improve from the Miami engagement. Specifically, even from the front row during much of the first act, it was hard to hear. Perhaps the orchestra drowned them out. Or, their microphones, which we could not see, malfunctioned.

Regardless, an audience deserves better. That is especially true for patrons attending an equity touring production of a Broadway musical.

With that out of the way, this production will undoubtedly renew your belief in the transporting power of theater. And you won’t care that the techniques Taymor uses to create theatrical magic is evident.

For instance, we clearly notice that the puppeteers are visible as they pull strings. Further, we see certain performers’ faces. For example, the lions' masks don’t obscure them, but stop at their foreheads.

But unless you’re completely jaded, you’ll marvel at Taymor and her crew. Their skill, ingenuity and precision in creating these deftly-crafted puppets and masks is unbelievable.

The fact that the theatrical magic isn’t hidden makes us use our imagination. In fact, live theater in general forces us to do so more than if we were watching a movie. Exercising our imagination is a good thing. For instance, it can bring out our inner child or allow us to relive our childhood.

Another benefit of the visible magical techniques is that it reinforces the humanity inherent in The Lion King's characters. Clearly, the animals in this story possess human traits. And so, the duality of human/beast is literally evident before our eyes.

Meanwhile, it’s hard not to marvel when these creatures get so close to us that we can touch them. Indeed, the fourth wall falls as these characters enter and exit from the audience. Even from onstage, giraffes, at one point, bow so low, they practically touch audience members in the front row area.

During the reviewed performance, the audience instantly roared with applause. They did so as soon as the mandrill monkey Rafiki (a wide-eyed, exuberant Buyi Zama, who lends her character a mystique) began her opening words. Accompanying her were performers offstage. The ovation sustained in intensity as giraffes soon strutted across the stage. Other animals followed. Fog rose from the stage, as did the sun, cast against an orange glow. A chant continued underneath the melody, while more animals emerged. The entire long sequence comes during the life-affirming, upbeat song, “Circle of Life.”

Surely, there are too many visual surprises in The Lion King to recount here. Suffice it to say it is essentially impossible for nothing in this show to visually captivate an audience member.

In addition to the deftly-constructed puppets and masks, as well as the detailed makeup, other first-rate technical elements add immeasurably to the story. For instance, Donald Holder’s evocative lighting enhances mood, theme and focus. Also, the lights brighten and darken to correspond to the songs’ emotional intensity and ambiance.

Most importantly, all of the technical elements work together beautifully to create cohesion.

Speaking of harmony or disorder, The Lion King, especially today, can make us think about what type of leader we want running America. For instance, it’s not a stretch to view Scar as a Trumpian character, especially as Spencer Plachy embodied him during the reviewed performance.

Plachy’s Scar isn’t just cunning, as Jeremy Irons portrayed him in the 1994 film. Sure, Plachy invests him with menace and a sly demeanor. But he also lends him a self-loving, flamboyant and self-assured aura.

In contrast to Scar, Christopher Sams conveys honor, polish and sincerity as King Mufasa. However, Sams sometimes lacks the powerful presence, fearsome quality and voice we’d expect from this character.

In addition to the visual appeal, one can attribute The Lion King’s longevity to the timeless conflict of good vs. evil. In King Mufasa, we have a ruler who values order, loyalty, balance, honor – and life.

On the other hand, Scar cares little for life’s value and thinks only about himself. Why, he hardly even values his nephew, Simba. I saw youngster Richard A. Phillips Jr. play him as a curious, fearless, rambunctious and precocious little one, while Jared Dixon created a dashing, brave, yet torn grown-up Simba.

As you’d expect, the beloved characters from the immensely successful and popular film are present in the live musical adaptation. While the performers aren’t necessarily the same every night, the ones I saw each created a distinct, interesting and believable character. Each danced with fervor and sang with verve. That is, at least when one could hear and understand them.

But there are times when you won’t understand the lyrics, and that's OK. Part of the score and some spoken words are in different African languages. Even so, the performers’ evocative gestures and facial expressions help us understand what the characters are feeling. Besides, The Lion King can aid us  in becoming acclimated to different cultures.

This fact, along with the show’s timeless themes, memorable music and relatable characters, stunning visuals and artistry, will ensure this show lives on for generations to come.

The equity national touring production of The Lion King might come to your city, or one nearby. For more information, visit https://www.lionking.com/tour.