Vanya and Sonia and Masha and Spike in San Diego 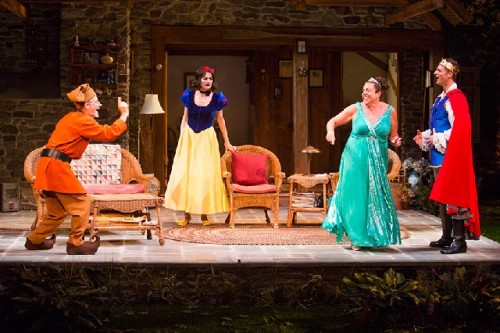 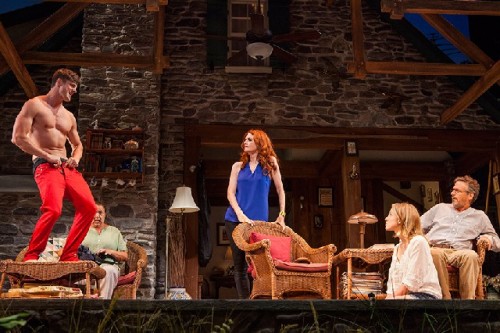 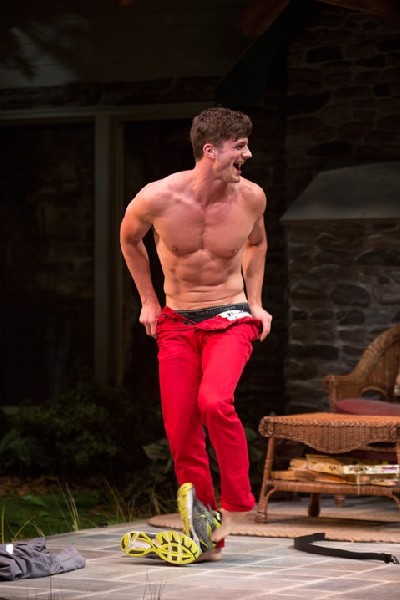 There’s no doubt about it.  Actors love Christopher Durang plays whether they are in them or just watching them, as was the case of Durang’s fast-paced and wildly wacky play “Vanya and Sonia and Masha and Spike”, on opening night, May 22nd, at San Diego’s venerable Old Globe Theatre.

Durang has been poking his playwright fingers into society’s eyes for years with the result being he now has a loyal and growing fan base.  And with good reason too.  He’s a brilliant, highly educated, critical -thinking writer and playwright who loves his chosen profession.  And he’s not afraid to write over-the-top material for actors.

The current Durang comedy-bombshell hilarious staged by director Jessica Stone (based on the Broadway direction of Nicholas Martin) is blessed with a cast that knows their way around a farce play when they find themselves in one.  Timing on the part of actors is critical to any production.  One cannot teach timing to actors.  Either they have it or they don’t, and timing is an imperative in a Durang farce.  And the ensemble cast of this production has the timing down in spades.

If you wondered about the title of the play you’re not alone.  The characters have also pondered why their artsy parents named them after Chekhov characters (which is explained to the audience during the play).  The story revolves around three siblings: Vanya, Sonia, and Masha.   Vanya, is played with quiet, but deceptive, rectitude by Martin Moran.  Sonia, the long suffering socially-challenged sister is brilliantly portrayed by Marcia De Bonis, and Masha, the glamorous sibling who has enjoyed a successful B- movie career, is played to the hilt by Candy Buckley.

Vanya and Sonia have been relegated to stay-at-home siblings and “caretakers” of a lovely Bucks county estate over the years, while their landlord sister Masha has been all over the globe making movies as well as leaving five husbands in her wake. To say that Vanya and Sonia are jealous of their sister’s lifestyle would be an understatement.  As a way of ameliorating their caretaker roles, Masha hires Cassandra, a housekeeper with comedy voodoo attitudes energetically played by Haneefah Wood, as a way of easing their “pain” of sitting around the house with nothing to do.

When word reaches the house that Masha is returning for a visit with Spike, her young, self-absorbed, actor boy-toy in tow (a tall, buff, Tyler Lansing Weaks),  Vanya and Sonia learn that Masha is intent on selling the estate. Yikes!  What’s going to happen to the family?  What happens is the stuff of almost non-stop laughter by the audience.  Into this madcap romp comes Nina, a young, and attractive neighbor played by Allison Layman who immediately catches Spike’s eye, much to the discomfort of Masha.  As Cassandra says to no one in particular in Act one, “Beware the Ides of March.  What follows in Act two are several Ides of

It’s a pleasure to see talented actors relishing the situations that playwright Durang places them in by giving each one a blisteringly hilarious, breath-defying ten minute monologue in the second act that leaves the audience limp from laughter.   Even gifted actors in farce, however, don’t do it alone.  The steady but inventive and fluent hand of director Stone has a lot to do with it.  And she keeps all of the proceedings on track and on point.

The creative team led by Stone, really shines in Set Designer David Korins’ beautifully rendered Bucks County, PA estate house.  Lighting Designer David Weiner delivers the bucolic set in various shades of light and shadows enhancing the overall look and feel of this terrific production.
The selection of “Vanya and Sonia and Masha and Spike” as part of the Globe’s 2014 theatre season, further burnishes the image of Artistic Director Barry Edelstein and his selection team as they continue to present plays of substance and plays that please Old Globe audiences all across all genres. Now that’s a winning combination.

The production now on the Donald and Darlene Shiley stage runs through June 22nd.  Don’t miss the hottest theatre ticket in San Diego.