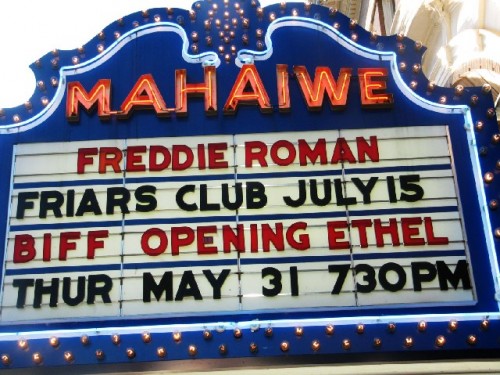 Opening night at the Mahaiwe. 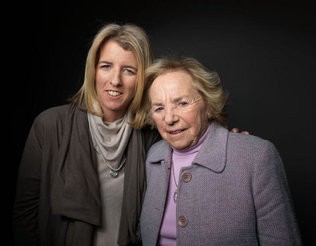 Ethel Kennedy with her youngest daughter and filmmaker Rory. 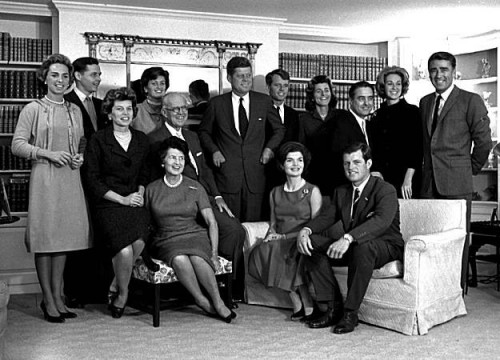 The Kennedy family on the night of Jack’s election as president. 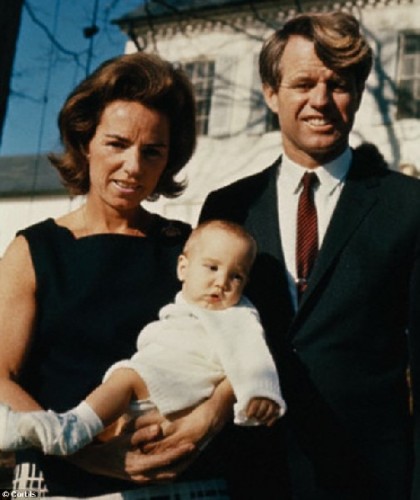 The young Robert and Ethel with one of the many children. 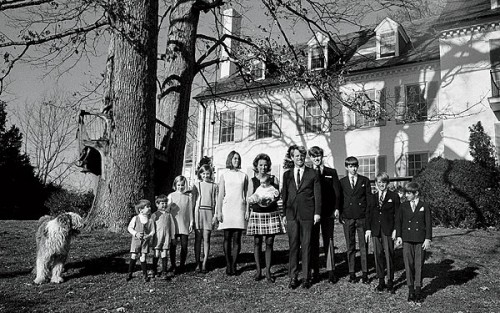 The family, minus Rory, in front of the Maryland mansion. 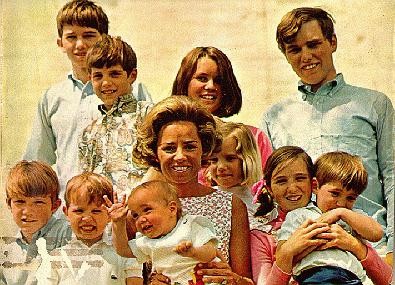 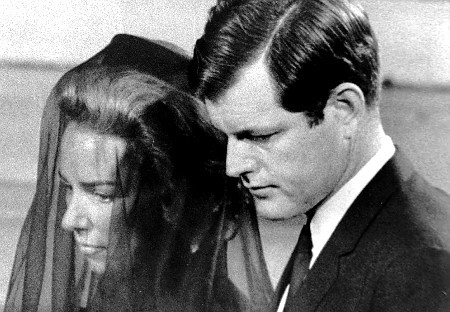 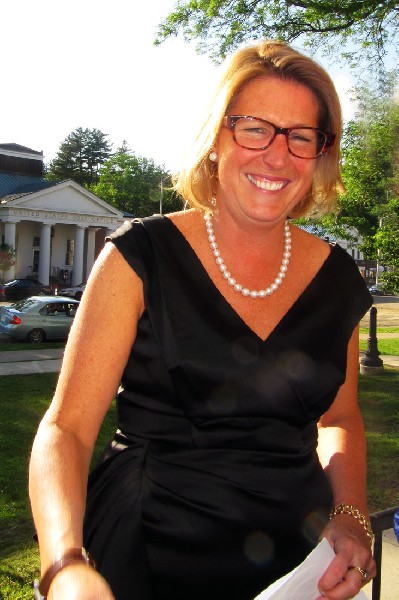 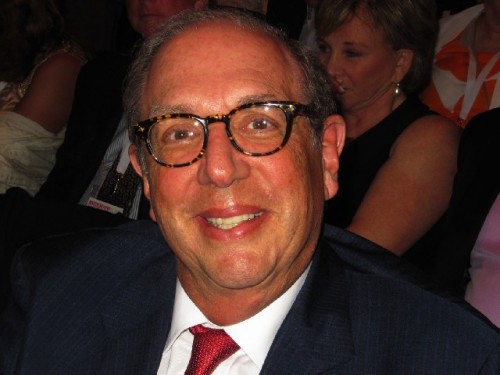 In opening remarks board chair Albert Togut riffed on the significance of seven years. 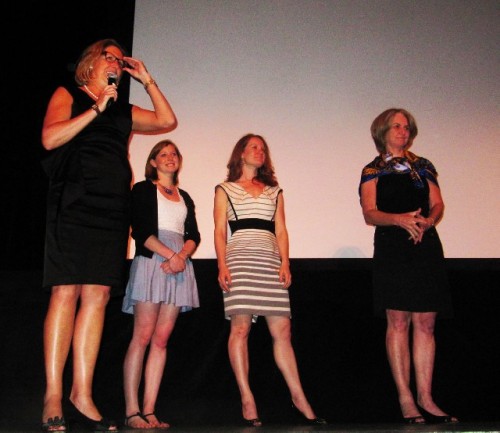 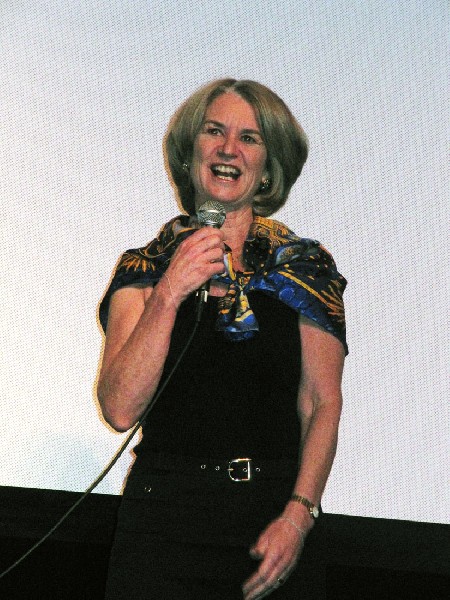 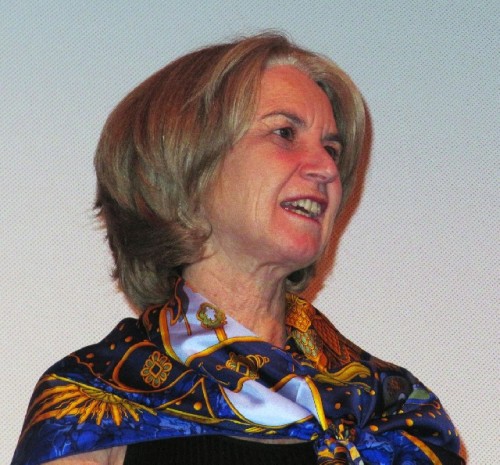 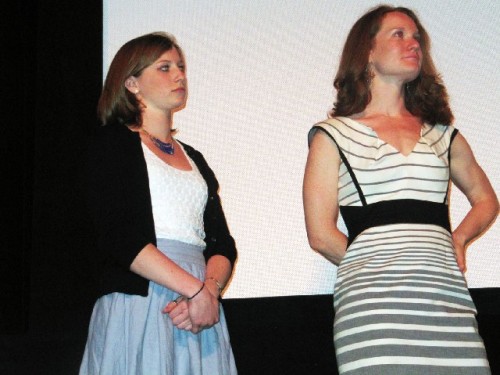 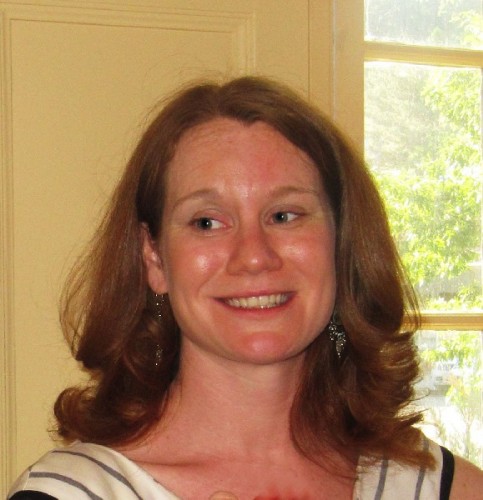 Discussing the challenge of growing up as a Kennedy.

During an on camera interview with her youngest daughter Rory, Ethel (Skakel) Kennedy is taken aback when told that she had been pregnant for 99 months of her life. With a laugh she responds that “I never thought of it that way.”

Rory, who has created some thirty plus films, remains behind the camera as interviewer and voice over narrator in an intimate, revealing and loving portrait of the dynastic matriarch of a tragedy inflected political family, lace curtain Irish and staunchly Roman Catholic, which many regard as American royalty.

But Ethel, the wife of Robert, one of four Kennedy Brothers (Joe, Jr., Jack and Ted) was anything but regal. She is fun, upbeat, sports loving and inclined to chuck people into the pool (Jack Kennedy’s entire cabinet and historian Arthur M. Schelsinger, Jr.) during raucous parties at their enormous, six acre, Maryland mansion. After which the President phoned and asked her not to do it again.

We learn that when shocked by the condition of a neighbor’s starving horses, she had them “rescued” by her groom. Ethel and Robert maintained a virtual zoo with horses, an average of 19 dogs, and a pet seal. For this caper, she was charged as a horsethief which was at the time a hanging offense. Fortunately, the wife of the then Attorney General of the United States escaped execution.

As we know, however, tragedy struck often and hard in the Kennedy family. Robert rushed home while campaigning, driving through the night, to be with her when her parents died in a plane crash. There were all too many other long nights.

When asked about them, the obligation of Rory as a documentarian, with a deeply hurtful expression she diverted her gaze and said “Let’s talk about something else.” She did, however, reveal the six months following the assassination of his brother when Robert withdrew, grieving, with his public, political life seemingly ended. He was described, with rare images, as alone, deeply introspective and seeking answers through reading the Bible, poetry and the ancient Greeks particularly Aeschylus.

There are remarkable clips from Robert’s speeches when he described his loss with quotes from Romeo and Juliet and Aeschylus.

Compared to the natural charisma, energy and charm of Jack, we learn that it was very difficult for Robert to campaign and pursue the life of a politician. He had wanted to practice law when he was asked to lead his brother’s campaign for President. It seems that all of the Kennedy clan joined in with the same energy and enthusiasm as their famed games of touch football.

Understandably, this affectionate family portrait glosses over the dark side of the Kennedy legacy. The scion of the clan Joseph, allegedly a high end bootlegger, was ambassador of the Court of Saint James. But during WWII, Roosevelt shunned him for apparent affection for fascism. He was invisible during the campaigns of his sons.

As autocrats, the Kennedy’s believed that there was indeed a communist plot to take over America. Shamefully, Robert was an ally of the demagogue Senator Joseph McCarthy, an Irish catholic drunk. Ethel is quoted as liking him as a friend but deploring his behavior. Robert later abandoned and turned against his former colleague.

It is often remarked that as president and attorney general the Kennedy brothers might have acted more aggressively during the civil rights struggles under their watch. They also believed that they could win the war in Vietnam. An opinion which Robert later recanted.

There is, of course, no mention of their philandering. Jack and Robert are alleged to have shared “Happy Birthday Mr. President” film star Marilyn Monroe. They are often discussed as having played a role in her demise.

Through a mutual acquaintance, Judith Exner, Jack was said to be linked to mobster Sam Giancana. Peter Lawford, the actor and their brother in law, is said to have introduced the Kennedy brothers to the Rat Pack and Vegas gangsters. Frank Sinatra campaigned for Jack. While Mayor Daly of Chicago stuffed ballot boxes in what was then one of the closest presidential races in American history.

There are snippets of Ethel speaking to the media particularly during those campaigns. But it is considered remarkable that she submitted to being interviewed so extensively by Rory. It is the only in depth interview she has ever granted. What she declines to reveal in detail is augmented by Rory’s siblings other than two--David, who died at 28 in 1984 of a drug overdose, and Michael, who died at 39, in 1997 as the result of a skiing accident.

It is stunning to hear of such iconic historical figures as Robert and Ethel Kennedy referred to as “Mummy” and “Daddy.” They all speak of how their father died when they were still quite young, and they were really raised, in his spirit, by Ethel. She was the one who organized the parties, touch football games, and taught them to ski, sail and ride horses.

In the absence of Rory, her oldest sister, Kathleen Hartington Kennedy Townsend, the Lieutenant Governor of Maryland (1995-2003) introduced the film. After the screening, she was joined on stage by two of her daughters and took questions from the audience.

It seemed that nobody in the capacity audience at the Mahaiwe in Great Barrington left during the riveting discussion. Given their wealth and social position, it is fair to say that that many in the audience were Republicans. But, trust me, last night we were all Irish Catholic Democrats from Boston.

Perhaps the most daunting question asked was what America might be today had Jack and Robert not been assassinated? One may only speculate. But Kathleen reminded us that they believed in politics as an honorable profession and the importance of public service. It is a family mantra that prevails today through the thirty plus grand children and great grand children of Robert and Ethel’s clan.

Jack and Jackie were more restrained. The First Lady was cut from different cloth than the earthy Ethel. It seems that Jackie did not approve of the free-for-all of her sister-in-law’s brood. She forbade her two children, John Jr. and Caroline, to play with their cousins.

One implies a distant, frosty relationship between the Kennedy wives. Kathleen addressed the question by saying that, while not intimate, they were affectionate and respectful. Particularly in response to tragedy. Robert was amazingly supportive to Jackie in her time of grieving. Kathleen described how Jackie similarly reached out to Ethel during her loss.

No. Jackie and Ethel never played touch football together or threw each other into the pool.

We were surprised that Ethel continues to attend mass each day. She no longer supports the hierarchy of the church. Reportedly she even endorses but did not practice birth control.

The documentary will be shown on HBO in October. It was a great launch for the 7th annual Berkshire International Film Festival which continues through Sunday in Great Barrington and Pittsfield.

In welcoming remarks, following a cocktail reception for patrons, Albert Togut, the chair of the board of trustees, riffed on implications of seven. Clearly, under the vision and direction of Kelly Vickery, who introduced the three Kennedy women, BIFF has developed not only as a great resource for the Berkshires but also as a festival remarkable for the depth and quality of its films.