Love Never Dies Actually Should Have

Messy Sequel to Phantom of the Opera at Hartford's Bushnell 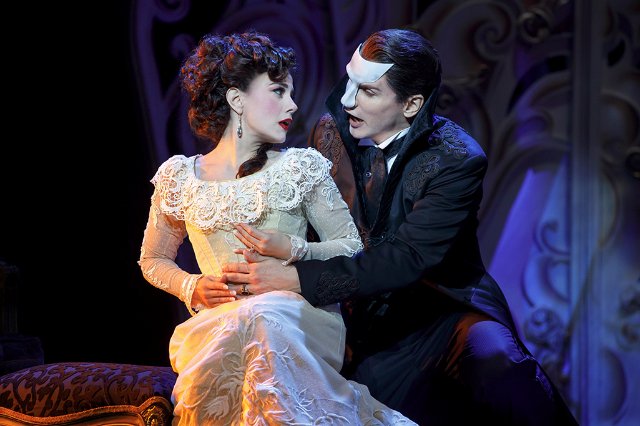 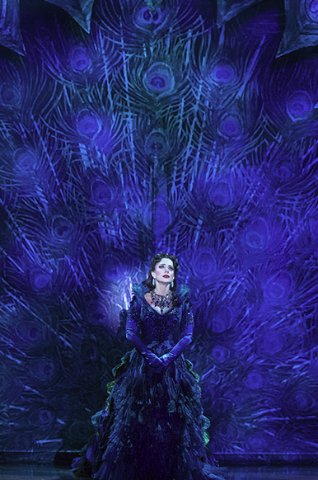 Phantom of the Opera is a musical beloved by millions. It is the longest-running show in Broadway history and still going strong. So a sequel to the show  seemed like a good idea.

Love Never Dies, the sequel written by Andrew Lloyd Webber (music), Glenn Slater (lyrics) and Ben Elton (book) is based on the novel The Phantom in Manhattan. Of these, only Webber was involved in the original Phantom. Even the novel on which this show is based was written in 1999 by Frederick Forsyth, 90 years after the original novel.

The musical, which is now at the Bushnell, in Hartford, Conn. through Sunday, June 3, opened in London in 2010 to negative reviews. Despite closing for a substantial rewrite and a new director, it had a disappointing run. After further revisions, a Broadway production was announced but never happened. Though the show had productions elsewhere in the world, it wasn’t until 2017 that a US national tour was mounted.

I will admit to not being a huge fan of the original Phantom. I always found the plot melodramatic, the music a knock off of many operas. It was the worst type of poperetta,  a term coined during the 1980s. The original operettas of the early 20th century - by Romburg, Friml, Oscar Strauss and others- may have had nonsensical romantic plots but they attempted some realism and the music was original and glorious.

Even those who love Phantom may roll their eyes at some of the absurdities of this plot.

Let’s start with the pluses of this production. The producers have spared little expense. The set by Garbiela Tylesov is fabulous and her costumes are also excellent. The lighting by Nick Schlieper is also superb.

The national tour has good size cast and a 15 member orchestra.

Overall the cast is good and sings well.

But the pluses end there. The plot is over-wrought; any good melodrama author would be embarrassed by the inconsistencies and illogic. Supposedly, it is 10 years after the close of Phantom. Madame Giry (the ballet mistress) and her daughter, Meg, have followed the Phantom to Coney Island. There he is either still a composer or an owner of an amusement park/freaks show/circus. He also seems to be either a devil or magician.

He learns that Christine, now married to Raoul, (the Comte) and with a son, is coming to New York to help open the new Metropolitan Opera House.

That is the catalyst for what follows. We have professional jealousy as Meg resents the Phantom’s obsession with Christine. After all, she has loyally helped him for a decade and wants his attention. Madame Giry is sour and conniving. The Comte has gambled away a great deal of Christine’s money and drinks way too much. He is not the man she married though she still loves him. Their son, Gustave, seems overly precocious and, for a child of the early 20th century, seems to run the family.

Let’s not go through all of the complications – most of which don’t make much sense. The Phantom seems to keep appearing like a ghost in Christine’s room, often subtly threatening her that if she doesn’t agree to his wishes. That entails for her to sing for one night at his concert hall or something will happen to her son. He and Raoul continue their competition for Christine and agree to a wager. Anyone in the audience who doesn’t know how it will come out just isn’t paying attention.

So that’s the basis of the plot.

I can’t fault the performers. All have excellent voices. Gardar Thor Cortes as the Phantom plays the role as a combination of any melodrama’s villain, with strong references to the emoting style of the 1800s. Megan Picerno is properly upset, threatened and conflicted as Christine. Sean Thompson has the most sympathetic and realistic role as the Raoul. In addition, Karen Masson plays Madame Giry as a younger version of Mrs. Danvers from Rebecca and Mary Michael Patterson has little coherent character to work with as Meg.

So what else is wrong? One thing is that during a good part of the show, I could only understand about one-third of the lyrics. It seemed as all of the singers were doing old fashioned opera singer English with all vowels and few consonants. But the lyrics I did hear, were clichéd. So perhaps it wasn’t a minus.

And let’s not even think about the implausibility’s. The program includes an insert summarizing the plot of Phantom.  In case you’ve forgotten the show starts in 1910 with Raoul at 70 recalling the past events, which must have happened at least 40 years earlier. But Love Never Dies starts in 1907 and it is 10 years after the ending of the other work. So what happened to the 30+ years? Did everyone suffer from amnesia? Did they all find the fountain of youth?

I have to admit that when, near the climax, Meg says “it’s almost over,” I wanted to applaud. Unfortunately we still had several scenes to go. The other blessing was that there will be no sequel to Love Never Dies; spoiler alert – Christine dies in the end.