Voodoo Hoodoo at MASS MoCA in 2002 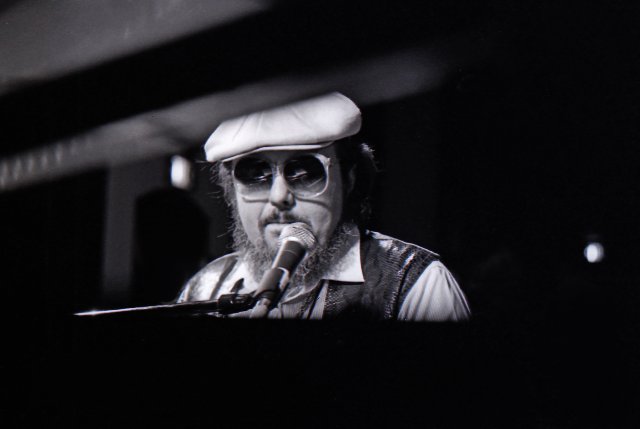 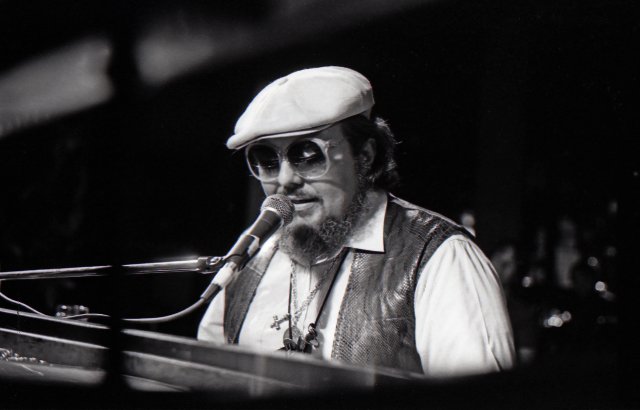 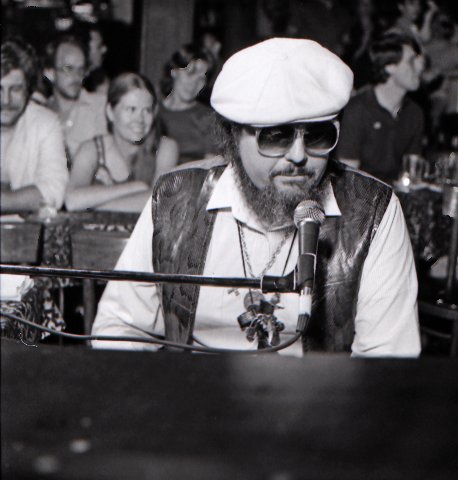 Long before the North Adams museum hosted rock and bluegrass festivals there was an evening of bayou magic. Malcolm John Rebennack Jr., AKA Dr. John, or the Nite Tripper, with jazz vocalist Jimmy Scott, packed the inner courtyard of the museum complex. It launched the summer season on June 1, 2002.

It was impossible to stand still as with a titubating backbeat and funky rhythms he put a mojo on the audience. The six time Grammy winner cooked up a steamy gumbo of hits "Right Place Wrong Time," "Such a Night," "Iko Iko," and "Honeydripper."

There was a slurry, patois to his bluesy vocals that he came by the hard way. He grew up listening to  music in his father’s record shop. The old timers in America’s most musical party town took him to school.

Even in death there is dispute and mystery. They say he died of a heart attack at 77. That’s give or take a year or so, not much that it all matters, if yah know what I mean.

He started as a guitar player with wicked chops. That ended in a brawl that busted his hand. A gunshot messed up his ring finger. He fought back learning to play piano. Much in the manner of Professor Longhair, whose NOLA roots go back to Jelly Roll Morton, passed on through Fats Domino, and Allen Touissant. For a time he was a bad ass dude pimping and selling dope. There was a heroin bust and two years in prison. From there he made his way to the coast to work as a session player.

Using up some extra studio time he cut his first side “Gris Gris.” He and a friend, Ronni Barron, concocted the persona of Dr. John based on a Senegalese prince, a medicinal and spiritual healer who came to New Orleans from Haiti. This free man of color lived on Bayou Road and claimed to have 15 wives and over 50 children. He kept an assortment of snakes and lizards, along with embalmed scorpions and animal and human skulls. He sold gris-gris voodoo amulets that protected the wearer from harm.

Originally, the intent was for Barron to front the act that entailed elaborate costumes. When he dropped out of the project, reluctantly, Rebennack became the front man as Dr. John.

In the late 1960s, I covered a performance at The Boston Tea Party. In outrageous costumes with slithering backing singers he cast a spell on the audience. Through the set occasionally he tossed glitter which he signified as gris gris. It was a captivating, otherworldly, haunting experience as he evoked spirits and night shades.

Bottom line you don’t mess with voodoo. It's rumored that he was told to cut the crap. The next time he came through town the bones and feathers were missing. I asked him about it and there was an oblique comment that they may have got lost or packed in a trunk somewhere down on the bayou.

In the photos for this piece notice a neat mess of fetish stuff as ersatz necklace. Once the Voodoo sets in it never quite drops out  in one piece.

It’s what informed the music and made it exotic and hypnotic. If you feel down and out crank up Dr. John. He’ll have you jumpin’ and jivin’on the second line back from the grave.

As another saint comes marching in he takes a rightful place in the pantheon of NOLA musical masters.