Les Arts Florissants Returns An Opera to its Origins 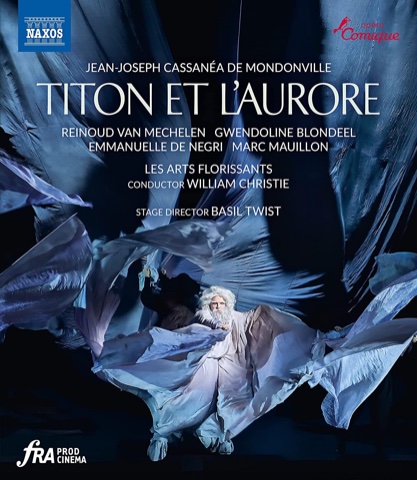 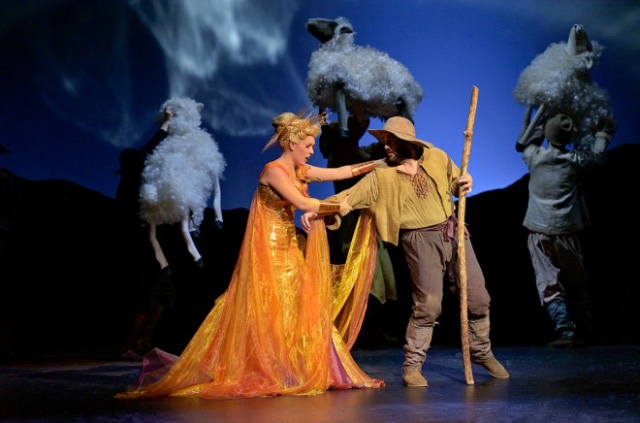 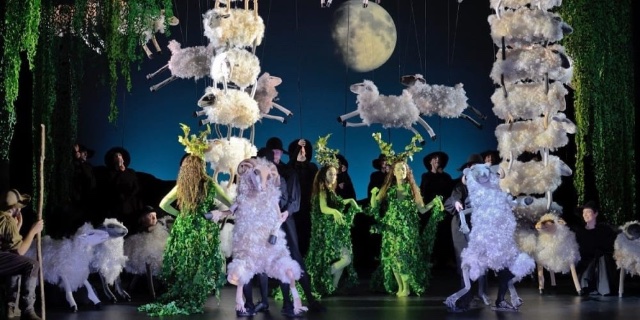 Stacks of sheep in Titon and Aurora 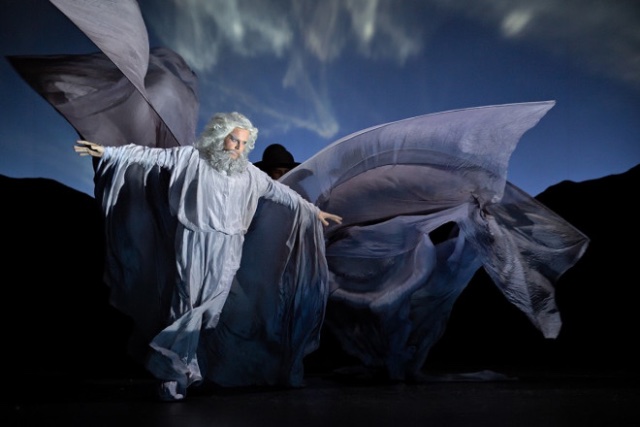 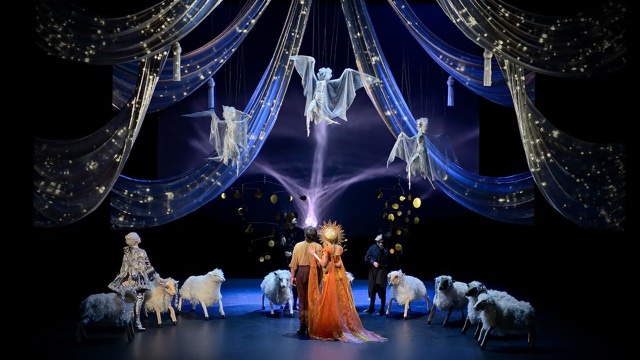 Jean-Joseph de Mondonville’s Titon et l'Aurore is a pastorale heroique opera in three acts with a prologue. It was first performed at the Académie Royale de Musique in Paris in January 1753.

The story centers on the goddess Aurora and the shepherd, Titon, who loves her.  Two petty gods conspire against them.

Madame de Pompadour, mistress of the king, was a sensation at the court of Versailles when she dressed up as Aurora and sang of her fidelity to her lord and shepherd Louis XV.  She had the idea of a full-length work on the Titon/Aurora theme and asked de Mondonville, a champion of the established, formal French style of opera-ballet (threatened by he more frivolous opera buffa productions mounted by the Italians), to compose an opera. Of course, this opera is not without its own frivolity.

The opera returns to Versailles on July 8th and 9th. Les Arts Florissiant and master puppeteer Basil Twist have joined forces for the first time. The rigor of conductor William Christie mixes perfectly with Twist’s charm and musical sensibility to make irresistible drama. Twist's attraction to the form yields results that are unlike any other opera stage director’s.

When Twist controls the staging, lighting, as well as the direction and is free to add puppets and his signature silks, a stage in motion always perfectly fits the music.  For the audience, this creates an unusually satisfying experience where the music is in its deserved place, front and foremost.

Twist has solved an eternal problem. Sets are usually static. Lighting most often comes from stationary spots. Props like chairs sit. To be sure, a horse can enter the Aida set. Puppets have been used in Satyagraha and even Madame Butterfly. These, however, are incidental.

Twist’s puppets are central. From his first astonishing production of Hector Berlioz’s Symphonie Fantastique when feathers and silks in a 1,000 gallon tank danced to music, Twist has captured music in motion, enhancing and not distracting from a composer’s intent.

Earlier this year, he worked for the first time with composer Huang Rao to produce a stunning drama based on an ancient Chinese tale, The Book of Mountains and Seas. They will be teamed up at the Metropolitan Opera, not soon enough.

Titon and Aurora offered enlarged opportunities and Twist has taken full advantage of them. The prologue is chock full of action.  Puppets in the arches of a three-tiered structure, dance and copulate. This more daring choreography would not be possible with humans. It’s fun and underscores the libretto.

The plot is silly. Twist’s sheep, sixty or so, are even sillier. Yet this is not a Bach chorale about sheep grazing. The sheep are the corps de ballet. More may be asked of them than they can manage, but they are always very funny.

Twist embraces Mondonville’s story. His costumes, props and the lighting all display character in a God or shepherd.  In one brilliant gesture, Éole, God of wind, is continuously trailed by Twist’s signature billowing fabric which not only captures the musical beat, but also responds to Éole’s  emotional state. Swirling silk streamers for fire and wind are dazzling. Light projections brilliantly announce the arrival of Amour in a glittering ball of blue crystal.

Christie conducts Les Arts Florissants in a graceful, lively performance. The singers have stylistic polish and superb technique. The tenor Reinoud Van Mechelen matches his delivery style to the textures of the role, responding to the sleepy strings accompanying the rising dawn, offering a special timbre as an old man he is cursed to be, and full of serene happiness on his restoration to youth, marked by long lines of coloratura.

Most solos are extremely short. Gwendoline Blondeel sings Aurora’s airs tenderly and with brilliance. Her final "La tourterelle tendre" seduces. Renato Dolcini's Prometheus gets the show off to a compelling start with the gentle "Quelle agreable melodie" and Julie Roset as Amour brings a pure clarity of voice to match her shimmering courtly costume.

Palès, interpreted by Emmanuelle de Negri, is tender, cruel, ingratiating, loving and vindictive. Her joyful celebration of wicked deviousness, conjured up with Marc Mauillon’s Éole, is delicious. Éole’s furious energy in the storm scene is accented by Christie and Les Arts Florissants, who give a refined interpretation of every phrase.

Gods and shepherds, nymphs and angels, love and jealousy and a nod to the court too, no wonder the show proves to be a hit.

Twist has been a principal at the innovative Here Arts Center.  Triton and Aurore is underwritten in part by the American Friends of Les Arts Florrisants. It is a worthwhile and dramatically startling enterprise.