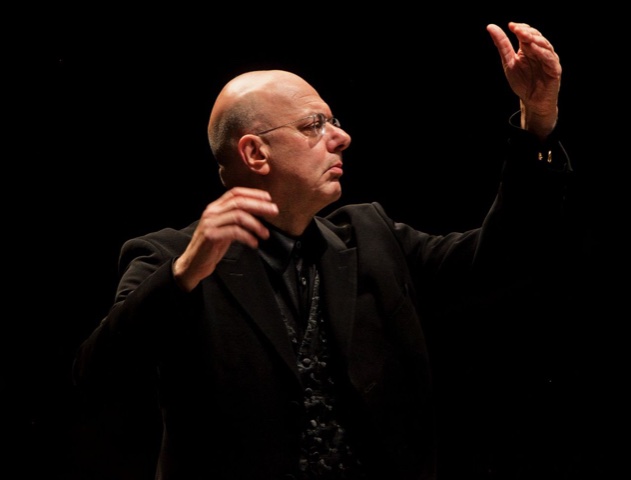 Leon Botstein, conductor of the ASO, is not only America’s leading educator. He understands the need to reach an audience and is constantly implementing new approaches. He notes that “performing arts organizations seem unduly focused on finding new talent and bringing new works to the stage….This has crowded out the opportunity to revisit new music from our recent past…that was admired at first hearing but never enjoyed repeat performances.

“We would rather commission new works by veteran composers than make their existing work more familiar” … We “rarely provide the opportunity for new works to obtain a return presence in the future concert repertory.”

Botstein detects in the four works in the program an urgent need to communicate.  There is no distancing by complexity. Pitch, sonority, rhythm and time are used to weave an alluring musical fabric.\

Melinda Wagner starts composing with a melody in mind. Her melodies often stretch. Many modern melodies do. They leap way up, and zoom down often covering distances that boggle the ear. Yet they are clearly melodic.

Wagner notes: "When I write music, I always try to take risks. I always go to a place that’s scary for me. It’s almost like making a confession. I’m really pouring my soul out onto the page. It’s wonderful if someone listening to my music could really hear that somehow my music sounds like my personality. On the other hand, it’s so hard to compose music that I don’t do anything a whole lot more than just struggle to get the notes on the page."

Wagner composes in a feminine style  She wants to introduce herself to the listener. Her bird chirps at the top of a phrase sound vaguely like Olivier Messiaen, but they are distinctly Wagner.

Flutist Tara O’Connor performed Wagner swathed in warm yellow. She is a very special instrumentalist, able to toggle between smooth melodic lines and harsh outcries from her instrument. Textures vary. This concert was all about texture.

Shulamit Ran's Symphony, commissioned by The Philadelphia Orchestra, also won the Kennedy Center Friedheim Award the same year as her Pulitzer. Horns taking off from Richard Strauss were mixed with percussion instruments as varied as Lou Harrison’s.  Together a new sound universe is created, textures that surprise and please.

Tracy Silverman on the electric violin is another adventure in texture. Not satisfied with only five strings, he created an instrument with six, including a C below the G which invades viola territory.  John Adams composed for Silverman in his Dharma on Big Sur.  Adams heard the electric violin and discovered the sound he wanted: a mixture of Jascha Heifietz and Jimi Hendrix. Pure intonations replace the slightly impure ones of Western tuning.  Richard Sierra’s Ficciones enjoyed a world premiere, with Silverman raunchy in his delivery.

Boston native Richard Wernick's Viola Concerto was written for violist Walter Trampler and Botstein, who conducted the 1987 premiere. The work alludes to the Dylan Thomas' poem "Do not go gentle into that good night."  Nothing was gentle in this electrifying work.

The music performed this evening makes a stunning and satisfying case for this approach to programming.