Flushing Out The Museum of Fine Arts 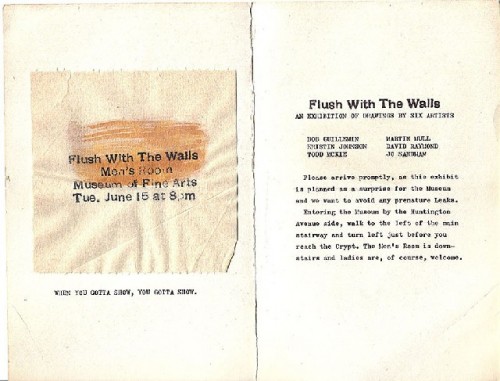 The invitation to the exhibition some forty years ago to the day. 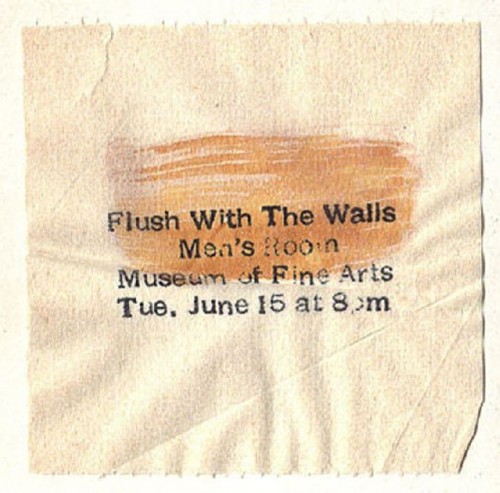 The invitation was printed on a square of toilet paper. 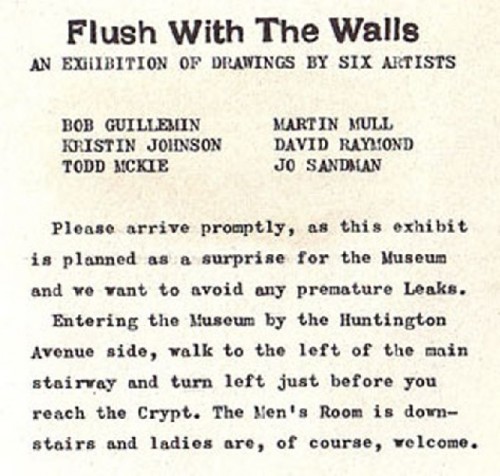 The original participating artists two of whom, Guillemin and Sandman, participated in the reenactment. 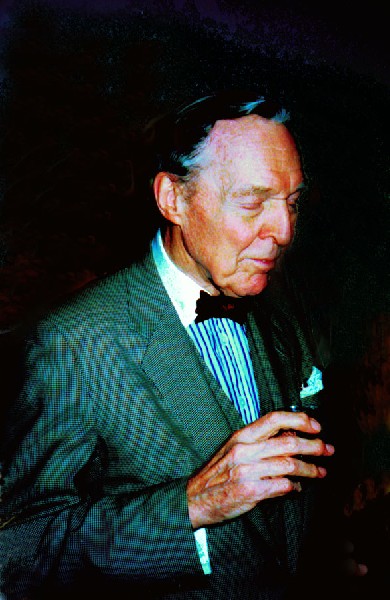 Not long after Flush with the Walls the MFA director Perry T. Rathbone appointed Kenworth Moffett as curator of contemporary art. Giuliano photo. 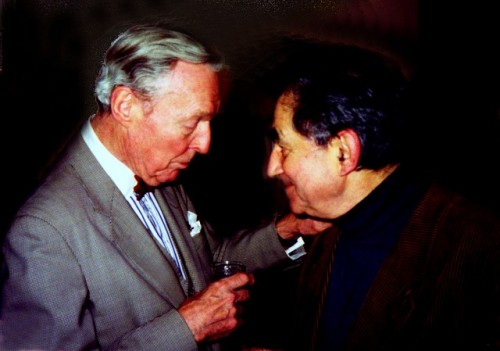 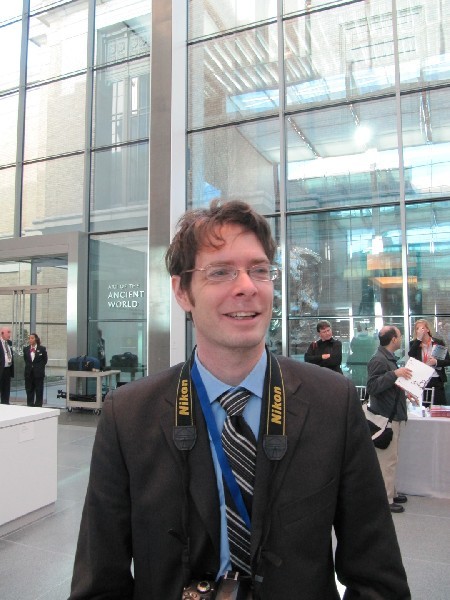 Boston Phoenix critic, Greg Cook, staged the anniversary event in the rest rooms of the MFA. 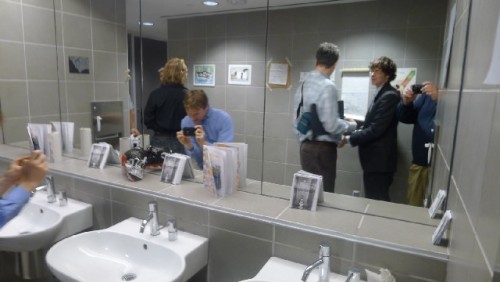 Installation View of Flush With the Walls II, photo by Mark Favermann 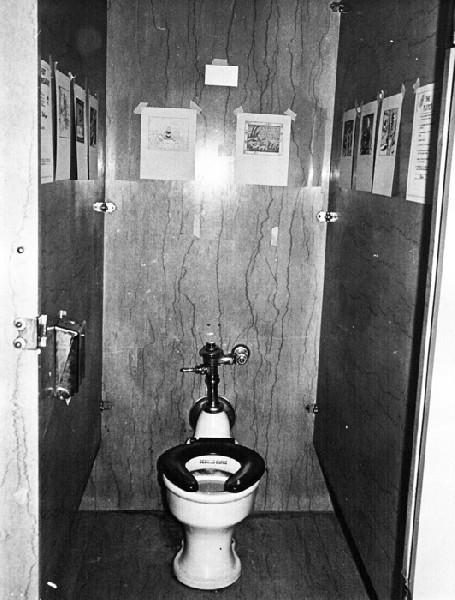 Image of the original Flush installation. 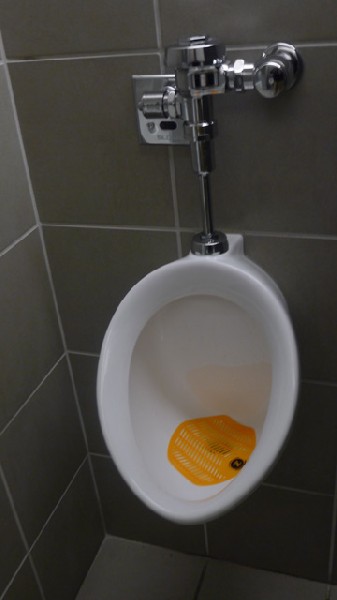 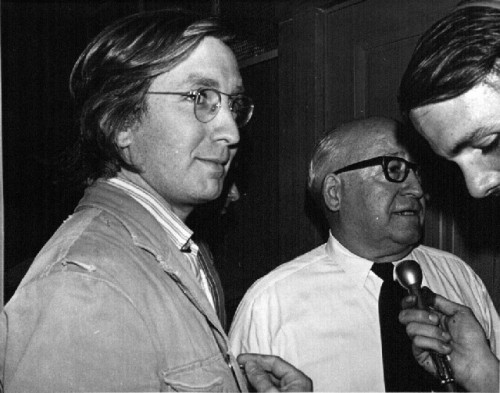 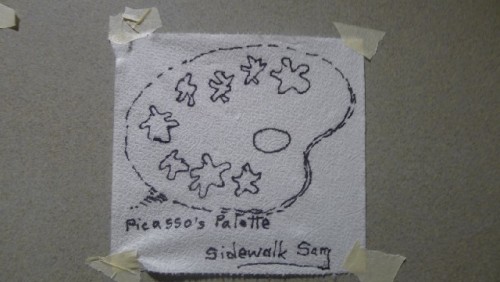 Drawing by Sidewalk Sam in Men’s room at MFA. 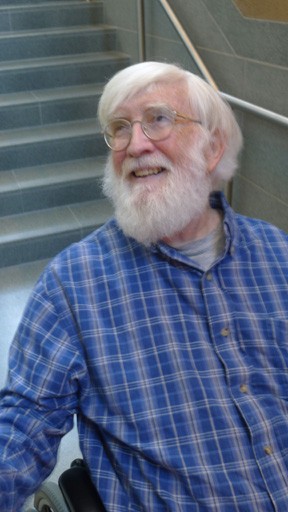 Bob Guillemin aka Sidewalk Sam at 40th Anniversary of Flush with the Walls, photo by Mark Favermann 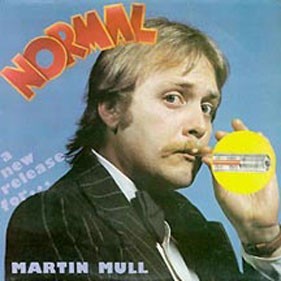 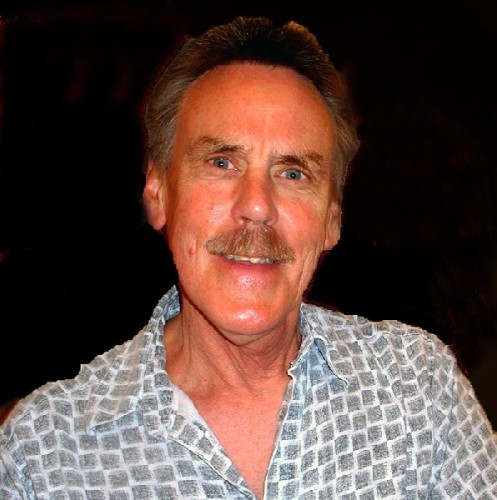 Todd McKie opted not to participate in the anniversary event. Giuliano photo. 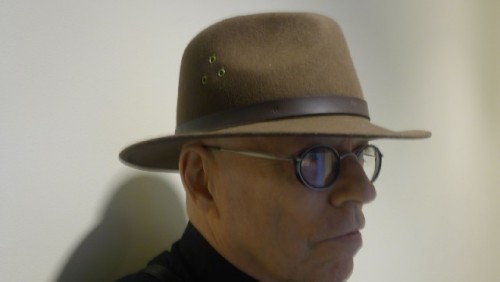 “History repeats itself, the first time as tragedy, the second as farce.” – Karl Marx

Forty years ago, six Boston artists clandestinely installed their work in the men’s room of the Museum of Fine Arts, calling their “exhibition” “Flush with the Walls.” (I remember those old marble-walled men rooms. I could think of worse places to show your art.)

The act was a salvo: the only place a living Boston artists could show at the MFA was in the loo.

There are those, including Charles Giuliano, Berkshire Fine Arts’ founding editor, who maintain that it was the signal event in establishing the modern Boston art world, which has continued through at least two generations since that date.

In any case, soon after, museum director Perry Rathbone, who had already shown his openness to modern and contemporary by purchasing works by Pablo Picasso, Constantin Brancusi – where is it????? - Ernst Ludwig Kirchner, Oskar Kokoschka, Emil Nolde, Max Beckmann, Giorgio Morandi and Nicholas de Stael, among others, established a department of contemporary art.

(Incidentally, with precious few exceptions, those were the last significant purchases of modern art the museum made.)

Unfortunately, Rathbone appointed the wrong curator to head the new department: Kenworth Moffett had taste narrower than the proverbial needle’s eye. Never mind camels: even mites couldn’t pass his scrutiny, unless they adhered to the gospel of the Rev. Clement Greenberg. And might few did do. (Jackson Pollock was one, and Moffett proposed the purchase of his important “Lavender Mist,” which the board of trustees shot down, so Moffett is not entirely to blame for the museum’s dismal collection of mid-century American art.)

Those who have followed the hapless development of the museum’s contemporary department understand Marx’s reference to tragedy. (See above.)

Greg Cook, the Boston Phoenix’s art critic, decided to commemorate the epochal event by restaging it on its anniversary - to the day. He rounded up 21 local artists – itself a sign, I suppose, of the art inflation that has occurred over the past 40 years. Two of the original participants – Jo Sandman and Robert Guillemin, better known as Sidewalk Sam – showed up for the opening and contributed new work. And in the spirit of gender equality, Cook took over both men’s and women’s rooms.

The event was high-spirited in the way guerrilla art events often are. Let there be more such spontaneity in our august institutions!

However, you can’t help but look at the event as a farce of sorts.

In 1971, the MFA, despite Rathbone’s tentative moves – although his 1964 acquisition of Picasso’s “Rape of the Sabine Women” the year after it was painted was anything but tentative – did not have a contemporary department. The “Flush with the Walls” action helped to bring one about.

Now the museum has a contemporary department and is preparing to open in September a vast set of galleries devoted to art since the 1970s. Fingers are crossed – can an institution that has gotten so much wrong finally get it right?

So what was the point of the Wednesday evening action? If it is a plea for inclusion of local artists in the museum, that is, I’m afraid, an old and tired song. In a globalized art world, there is no “local” art. The MFA shows lots of art made in Boston and its environs, mostly photography.  Maybe the artists who showed their work in the loo aren’t happy with that. They want their own work shown. That’s the way artists are.

But just because an artist lives in the metropolis that stretches from Portland, Maine to Providence, Rhode Island, and west beyond Worcester, the MFA has no obligation to show their work. It has to be good at an international level. I can’t offer an evaluation of the work in yesterday’s show – it was up so briefly and the rooms were so crowded that I couldn’t really look at much.

But that wasn’t the point. The event was the point, and it showed admirable spunk.

By the way, when the guards shut the show down and removed the work, they missed (at least) one work. I won’t say what it is because I hope it remains in place for a long time. One of the artists, who presents himself anonymously, created a work that so closely mimics the MFA’s own design that it passes unnoticed – until, that is you actually look at it. Then it unfolds a subversive and funny surprise. Congratulations to one artist who shows that s/he might actually deserve to be shown officially in the museum!