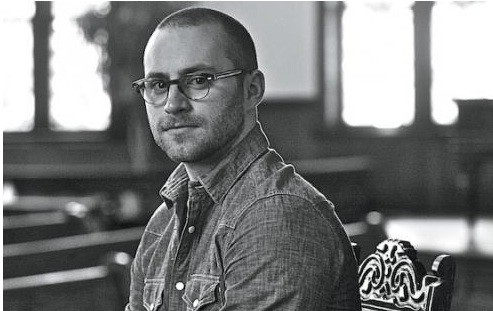 Daniel Dehaan, composer at the crossroads between music and science. 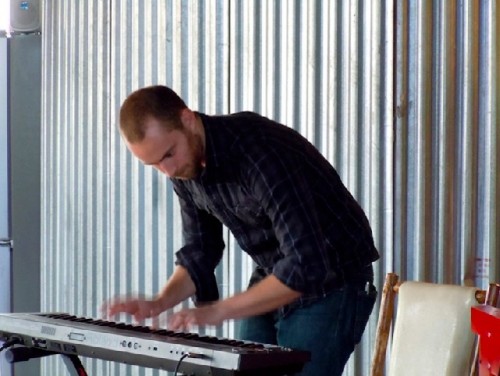 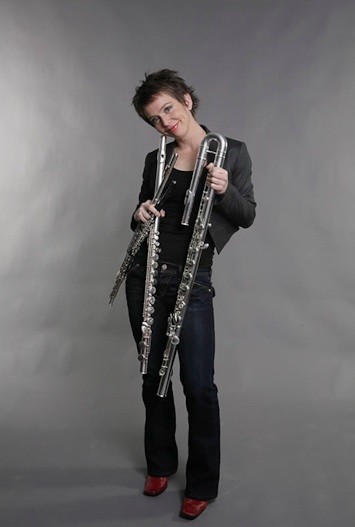 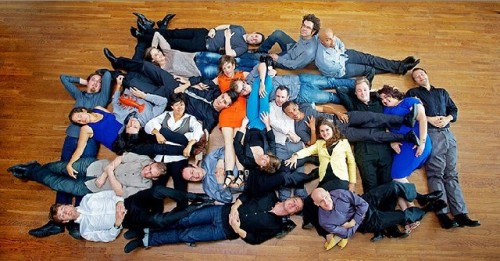 This is the look of a modern orchestra. Claire Chase wants the next generation to surprise her.

In an intriguing performance of composer Dan Dehaan’s work titled Trompe l’Corps (which would be spelled le corps if the reference to a false third dimension were not being tipped), we are taken into spaces usually not permitted to the body and its ears.

Premiered by ICE at Roulette in New York late last year, Dehaan remarks:  “Trompe l’Corps attempts to make present what has always-already disappeared, exposing both a potential violence and a potential beauty. I imagine time as a car hurtling down a dirt road, and we existing caught in the debris swirling about behind it, always crashing forward, but ever entangled in the refuse of the past and present.”

Because I was in the eye of one of the spotlights carefully planted around the performance space at Constellation in Chicago, I was sucked into the vortex of sound that filled Constellation’s large black box. But no listener of Dehaan’s work could have stayed outside. The piece is mesmerizing, cacophonous and often beautiful. Dehaan’s Plugged in 2 was rapturously received at the Davis Square Theatre in Somerville earlier this year.

Much of the beauty is left to soprano Tony Arnold, deservedly acclaimed for her work in contemporary music.   She is our touchstone in this piece, the human element who darts from lush musical lines to the inarticulate spoken word. Even her presence is music as organized sound, as clear musical notes blend into imcomprehensible language.

Ross Karre led the percussion instruments, at first on the floor, stage left, then mounted in the center rear.   Drawing forth some lovely sounds from the drums, more often we were subjected to cataclysmic crashes and roars from a seeming avalanche or tsunami. Partly because all instruments are miked (although Karre turned his mike away at one moment), the sounds are bigger, more imposing.

Notably, all the performances are backed by body movements emphasizing line and dynamics. Even the composer at his electronic instrument and the lighting and sound ‘performers’ rocked. Here is music as the collision between internal and external forces.

Layers and textures are created by recording the performances and then placing them on top of each other electronically. This both echoes what has gone before and exaggerates the third dimension.

This was the International Contemporary Ensemble’s final performance of the season in which they have performed hundreds of new works in countries around the world. Founder Claire Chase’s ability to attract musical talent and to commission cutting edge works in her ICELab, is the musical adventure of a lifetime.

On June 5th, Chase gave the keynote address at the national meeting of the League of American Orchestras. As flutist, she introduced her speech with a riveting solo performance of Density 21.5. The wailing rendition of the Varese piece had been turned down by her junior high school’s graduation committee. Instead she played Danny Boy.

The derailed attempt lit a fire in Chase to tell a different kind of story. She would not just be a seeker of sounds for the metal of the flute. Instead she would create stories we could all live in.   Like the stories of Nation, Family, Religion and Community. We live within and with these narratives. In them, you constantly question. No longer is performance art segregated into unions, performers.

At ICE, performers run development and education departments.   They bring their reverence for music and boundless curiosity to what are sometimes perceived as pedestrian tasks. Vast repertoire, past present and future. Palpable utopia one 100 people coming together to make music.

ICE is part circus troop, part garage band, part rock band. They have no fixed location instead performing wherever music can be made. Based in Chicago and New York, they are developing satellites on the West Coast, in Qatar and Greenland. Chase is willing to go out into space and perform on the moon. With her, this all seems possible.

Being a musician is being a teacher, and without any of the boredom of the classroom, ICE teaches and pulsates every moment.