Bold Experiment in Music and Perception 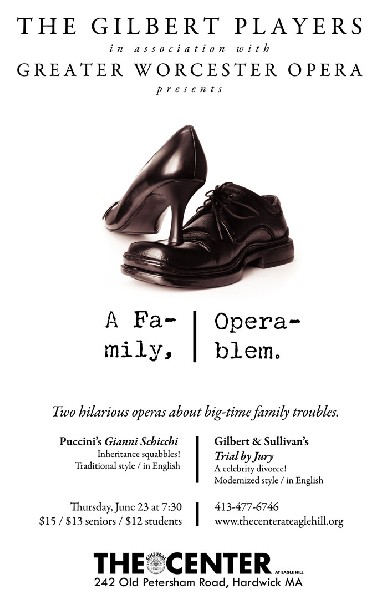 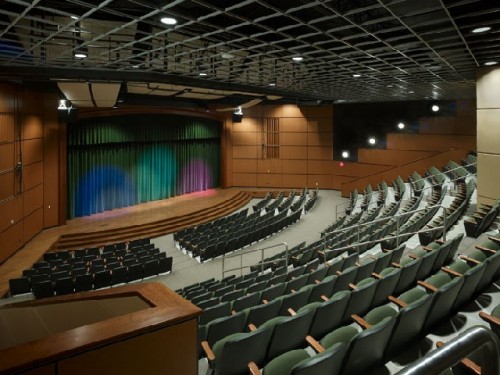 State of the art Abbey Theatre at Eagle Hill 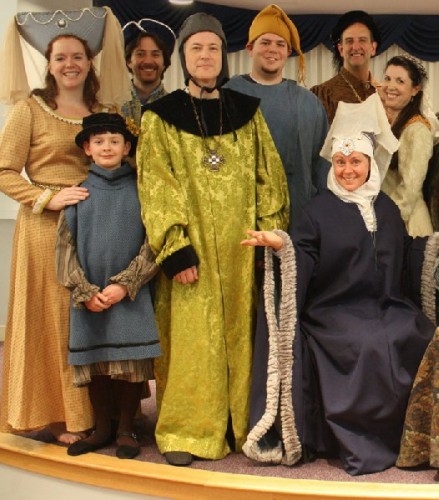 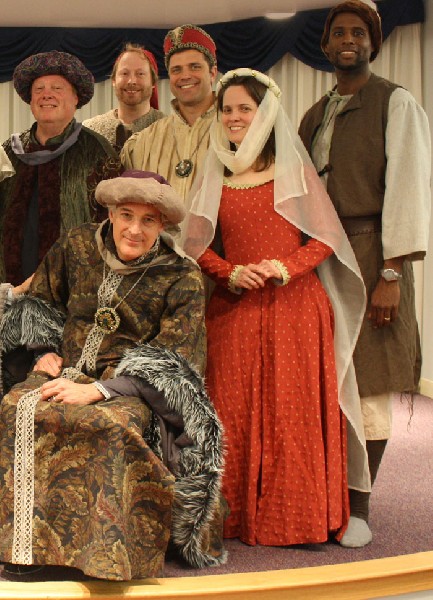 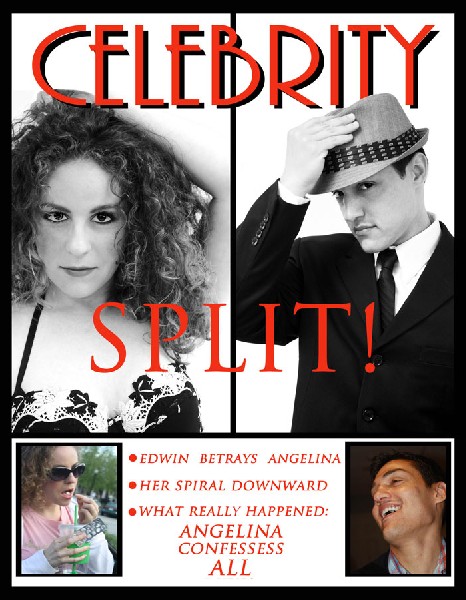 Greater Worcester Opera, the new name for what was once known as Worcester Opera Works experiments this coming Thursday evening, June 23rd  by taking their recent performance success of two comic classics out to the hinterlands for an encore. Said designated hinterland is the rural community of Hardwick and the state-of-the-art performance venue at The Eagle Hill Cultural Center.

Well received and warmly reviewed earlier this month in the city, A Family, Opera-blem is a creative contrasting of musical settings, styles and interpretations. Puccini’s one-act comic masterpiece, Gianni Schicchi, while translated and sung in English, maintains a medieval setting and lush period costumes. That contrasts dramatically with the 19th century, Gilbert and Sullivan Victorian romp, Trial By Jury, reinterpreted as a 21st century celebrity scandal, and don’t we love those…

Hardwick, Eagle Hill and the Gilbert Players who make the cultural center their home stage have over the last few years built a reputation for quality community theatre with one remarkable success after another. Linda and John Tomasi, the founders and guiding hands behind the Gilbert Players here seem to be taking a major leap of faith in their local supporters by collaborating with Greater Worcester Opera in bringing this production to the rural stage.

Such leaps of faith by the Tomasi’s and by Eagle Hill’s Cultural Center Director, Sean Hunley are not uncommon. Over the last three years of operation, they have jointly gained a reputation for providing the community with exposure to exceptional quality experiments in arts graphic, dramatic and musical with an eclecticism worthy of the most sophisticated urban facilities.

In truth, these current performances are close to perfect as a choice to bring opera to a new audience. Trial By Jury with its near music-hall roots and infectious patter songs is an easy bridge for us from many popular Broadway productions. Gianni Schicchi, while not as familiar is nonetheless framed on the same themes as are most of our contemporary sitcoms. We all recognize the struggle we have with our greedier aspirations, our elaborate attempts to manipulate the outcome of forces and events typically well outside our control and the farcical outcomes we bring upon ourselves. Puccini understood all this and was able to contrive a cast of characters to express almost all of our perspectives on the theme and with amusing song and pleasing music.

All this not only comes to us so conveniently, but at a ticket price not much above that of current cinema. How can you beat that for a bargain?

Whether this experiment is a success or not will be judged not only by attendance, but by impact and the long term effect of seeds successfully planted. I for one look forward to it and fervently hope it is but the first of many more to come.