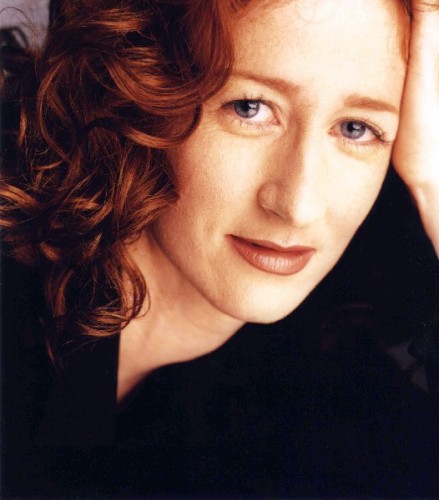 The North Shore Music Theatre in Beverly reopens with Vicki Lewis in Gyosy. 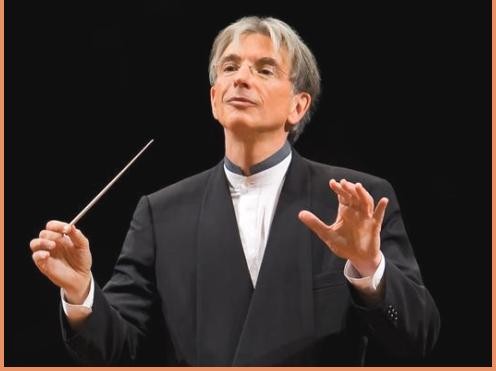 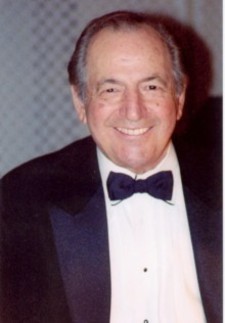 Al Vega will perform at Scullers. 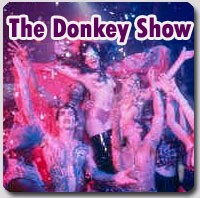 The American Repertory Theatre’s The Donkey Show is running forever in Cambridge. 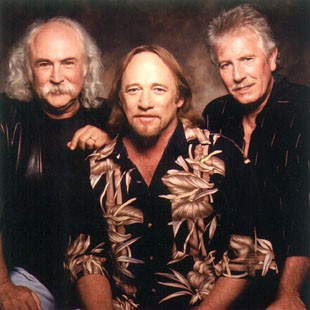 Crosby, Stills and Nash will appear at Tanglewood.

Don’t you just love the fact that there are so many cultural things to do in and around Boston? You can be as busy here as the Big Apple and it is so much more civilized.

On another note, everything is coming up roses for the North Shore Music Theatre, because they are back in business. They reopen with Vicki Lewis in the smash musical GYPSY. Vicki is most remembered for her five seasons playing Beth on the NBC sitcom “NewsRadio.”  She also appeared on “Seinfeld” and “Curb Your Enthusiasm.” GYPSY is a Broadway classic and a multi award-winning musical with music by Jule Styne, lyrics by Stephen Sondheim and book by Arthur Laurents.

Enjoy songs like “Let Me Entertain You,” “Everything’s Coming Up Roses,” and “You’ll Never Get Away From Me.” They reopen with a sure thing so don’t miss it. The story is loosely based on Gypsy Rose Lee and her sister who died recently June Havock.

Additional Free Audience Enrichment events: Meet the Theatre:  post-show audience discussion with the artists on July 13 after the 7:30 pm performance July 24 after the 2 pm performance; Out at the North Shore, an evening for the Gay and Lesbian Community with a post-show reception on July 22.

The Hound of the Baskervilles is a hilarious spoof of the classic Sherlock Holmes novel by Sir Arthur Conan Doyle, which tells the tale of an attempted murder inspired by the legend of a phantom hound. In this comedic retelling of the famous detective story, Remo Airaldi, Bill Mootos, and Trent Mills tackle the roles of 16 characters, both male and female!  Sprinkled with visual and verbal gags, pratfalls and gaffs, it is a fast paced send up of Sherlock, Dr. Watson and the Victorian literary genre.


The Donkey Show Company is also very pleased to welcome back the original Vinnie, Lucille Duncan who created the role in New York, trained the Cambridge cast, and performed during the first weeks of the run. She will be joining Amanda Palmer in the cast of Cabaret in the fall.

From its six-year run in New York City to a world tour from London to Seoul, the celebrated smash hit The Donkey Show has now taken Boston by storm, bringing the ultimate disco experience – a crazy circus of mirror balls and feathered divas, of roller skaters and hustle queens. The Donkey Show tells the story of Shakespeare’s A Midsummer Night’s Dream through the great 70s anthems. The enchanted forest of Shakespeare’s classic comedy becomes the glittered world of retro disco as the lovers escape from their real lives to experience a night of dream, abandon, and fantasy.

On Friday, July 9, at 8:30 p.m., the Boston Symphony Orchestra officially kicks off its 2010 season at Tanglewood with a performance of Mahler’s extraordinary Symphony No. 2, Resurrection, in the Koussevitzky Music Shed, led by Michael Tilson Thomas and featuring soprano Layla Claire, mezzo-soprano Stephanie Blythe, and the Tanglewood Festival Chorus, John Oliver, conductor. The evening, which includes a special gala opening night pre-concert benefactor party, celebrates the 70th anniversary of the Tanglewood Music Center, a theme which is highlighted by the presence of three former TMC Fellows: Mr. Tilson Thomas (TMC Fellow 1968-69), Ms. Claire (TMC Fellow 2007 and 2009), and Ms. Blythe (TMC Fellow 1993).

The Tanglewood Music Center is the Boston Symphony’s prestigious summer music academy for young professional musicians.  Tanglewood, the summer home of the Boston Symphony Orchestra located in the Berkshire Hills of Lenox, MA, opens its 2010 summer season on June 26 with A Prairie Home Companion and closes with the Labor Day Weekend Jazz Festival, September 4-5.

At 8:30 p.m. in the Shed, in the first of two weekend programs led by frequent guest conductor Rafael Frühbeck de Burgos, the BSO is joined by pianist Gerhard Oppitz for an all-Beethoven program. In addition to the Piano Concerto No. 3, for which Mr. Oppitz is the soloist, the concert also features the composer’s most popular work, the immortal Symphony No. 5, and one of his least-known pieces, the King Stephen Overture, which Beethoven wrote in 1811 to commemorate the opening of a new theater in Budapest; the overture is name for the first King of Hungary, Stephen I.

The Tanglewood Music Center, celebrating its 70th anniversary in 2010, has an outstanding history of training some of the world’s best young musicians. On July 12, at 8 p.m. in Ozawa Hall, the 2010 Tanglewood Music Center Orchestra performs a diverse program spanning more than 250 years of musical history. TMC Conducting Fellows, who will receive coaching from Michael Tilson Thomas? and Stefan Asbury, take the helm for Schubert’s Symphony No. 5, Strauss’s Suite from Le Bourgeois Gentilhomme, and Webern’s orchestration of the Ricercare from Bach’s Musical Offering.  The American premiere of Elliott Carter’s What Are Years (originally to have been conducted by James Levine as part of the July 12 program) will be performed by the TMCO on August 16, under the direction of Oliver Knussen, as part of the Festival of Contemporary Music, August 12-16.

The Boston Symphony Chamber Players give their first Tanglewood performance of the 2010 season at 8 p.m. in the Shed, featuring Michael Gandolfi’s? (TMC Fellow 1986) Plain Song, Fantastic Dances—a work commissioned for the Chamber Players that, according to the composer, was inspired by Gregorian chant and Stravinsky’s Apollon musagète, among other things. Also on the program are Mozart’s Oboe Quartet, Brahms’s Clarinet Quintet, and Villa-Lobos’s Bachianas brasileiras No. 6, for flute and bassoon.

At 8 p.m. in Ozawa Hall, the long-standing and revered Kalichstein-Laredo-Robinson Trio presents works by three of music history’s great composers of chamber music. Opening the concert is Haydn’s Piano Trio No. 25, one of many brilliant works for violin, cello, and piano by one of the most prolific composers of all time. Joining the Classical master’s piece on the program are Shostakovich’s questing Piano Trio No. 2 and Mendelssohn’s Piano Trio No. 2, written just two years before the composer’s death.

HIGHLIGHTS OF THE 2010 TANGLEWOOD SEASON

The Boston Symphony Orchestra performs its first concert of the Tanglewood season on July 9, with a performance of Mahler’s Symphony No. 2, Resurrection, with soprano Layla Claire and mezzo-soprano Stephanie Blythe, and closes its portion of the season on August 29, with Beethoven’s Ninth Symphony under the direction of Kurt Masur, presenting a total of 22 programs on Friday and Saturday evenings and Sunday afternoons throughout the summer. Prior to the BSO’s opening night performance, Tanglewood opens on June 26 with A Prairie Home Companion and closes with the annual Tanglewood Labor Day Weekend Jazz Festival, September 4 and 5. In addition to these programs, the 2010 Tanglewood schedule also features a series of chamber music and recital programs in Ozawa Hall, highlighted this year by a special appearance by Audra McDonald on July 18 and a program featuring Bach’s complete Suites for solo cello with Pieter Wispelwey. The Boston Pops makes three special appearances, including Film Night with John Williams on August 14; a celebration of the Boston Pops 125th anniversary season, with special guests Idina Menzel and Doc Severinsen, led by Keith Lockhart on July 2; and the Tanglewood premiere of The Dream Lives On: A Tribute to the Kennedy Brothers with narrator Alec Baldwin on a program with folk icon Arlo Guthrie on July 18. The Boston Pops, along with the Boston Symphony and Tanglewood Music Center Orchestra, also makes a special appearance in Tanglewood on Parade (August 3), one of the festival’s favorite annual events featuring afternoon and evening performances by the BSO’s

Tanglewood’s popular artists include James Taylor and Carole King, on July 3, 4, and 5;Herbie Hancock on August 9, and Crosby, Stills, and Nash on September 1.  Mark Morris Dance Group on June 27 and 28; Yo-Yo Ma and his Silk Road Ensemble on August 8; and the Festival of Contemporary Music, this year celebrating the 70th anniversary of the Tanglewood Music Center, August 12-16, are also among the 2010 Tanglewood season highlights.

Tanglewood is the summer home of the Boston Symphony Orchestra located in the Berkshire Hills between Lenox and Stockbridge, MA.  For further information, including a wide variety of special ticket offers and a list of family events and activities for children, please visit www.tanglewood.org

Boston’s legendary pianist Al Vega returns to celebrate another milestone. We were there to celebrate his 70th and 80th and now…
Joining him are Ron Della Chiesa, Rebecca Parris, Steve Marvin and many others. These shows are always great. Wish him a happy happy for me.

If you are planning to go to New York, in addition to the theatre there are some interesting other events that you will want to catch, such as Three Mondays in July.

The Town Hall presents the fourth annual star-studded Summer Broadway Festival—designed to fill your July evenings with Broadway’s magnificent music and dazzling dance!  The series opens on Monday, July 12, 2010 at 8 pm with BROADWAY WINNERS! The Award-Winning Music of Broadway with Broadway stars performing thrilling Tony, Grammy, and Academy Award Award-Winning music created on the Great White Way. Show-stopping performances presented by the most talented Broadway stars including Farah Alvin, Christine Andreas, Kate Baldwin, Bill Daugherty, Marc Kudisch, William Michals, Terri White, special guest Michele Lee and more! The series continues on Monday, July 19, 2010 at 8 pm with BROADWAY RISING STARS. The future of the Great White Way on The Town Hall stage in one unforgettable night! The series closes with a bold and ambitious concert event that is always a high point of the summer season. ALL SINGIN’ ALL DANCIN’ on Monday, July 26, 2010 at 8 pm. An exhilarating extravaganza of song and dance designed to bring audiences to their feet, cheering. Inspired by the legendary Broadway dance of The Astaires, Bill "Bojangles" Robinson, Gower Champion, Bob Fosse, and Jerome Robbins, this is a concert event like no other. A show full of original choreography created exclusively for this concert and set to some of the greatest show music ever written—performed by today's best theatre song and dance stars in an explosion of talent! Review after review has called this show simply "Stunning!" Starring Ron Raines, Julia Murney, Jeremy Benton, James Brown III, Erin Denman, Mark Ledbetter, Adam Perry, Noah Racey, Dennis Stowe, Kristen Beth Williams and more.


I will end the column with a review of a cabaret singer Sophia Bilides. I had never heard her but Ernie Harburg (son of Yip Harburg  who wrote the lyrics for Finian’s Rainbow and Over the Rainbow) and Nick Marcovitch thought that I might enjoy the cabaret concert. So I went. to see Sophia Bilides with the musical magician Doug Hammer on piano in “A Change of Sky” at Scullers Jazz Club. Sophia sings the lyrics weaving a delightful collection of musical stories. Her rich alto voice was proof that she deserved to be celebrating her 10th anniversary at Scullers. Of course she sang the Harburg song “ A Change of Sky” that Yip wrote at 83 a year before he died, as well as the Bernstein/Sondheim classic Something’s Coming and the Sondheim song

“Move On.” Bilides went from comic special material like “Tamara Queen of the Nile,” to the Jason Robert Brown song “Stars and the Moon” from Songs For A New World, from Stephen Schwartz’s song “Meadowlark” to the Anthony Newly Leslie Bircusse song “Feelin’ Good” with counterpoint on piano of Brubeck’s “Take 5” with sincerity and ease. Bilides can sing the most challenging song and make it look easy as singing ABC. Singing Dave Brubeck’s son Chris’s song was especially thrilling both because it was wonderful and also because he was in the audience. Bravo Sophia.