Not So Random Thoughts about Harold Pinter 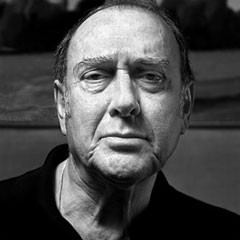 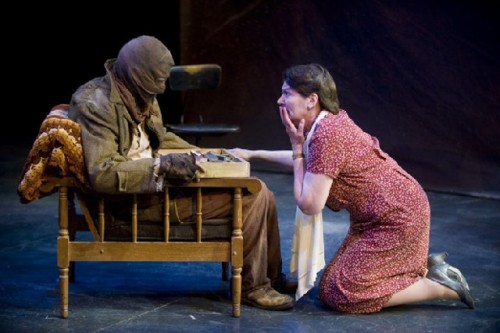 Flora and the Matchseller in: A Slight Ache. 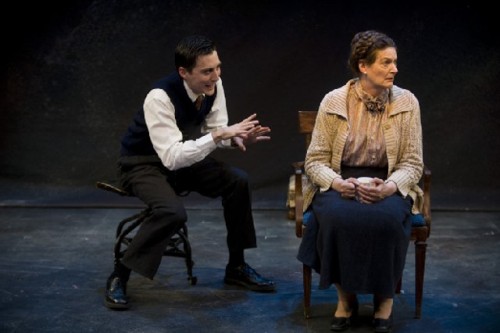 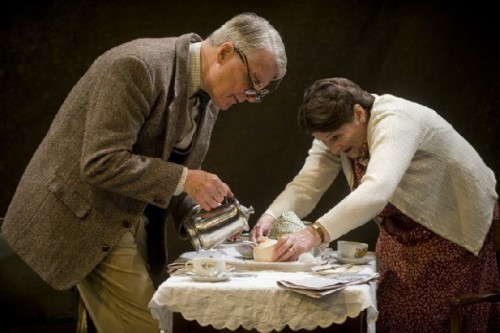 Elizabeth Ingram and Malcolm Ingram in: "A Slight Ache." 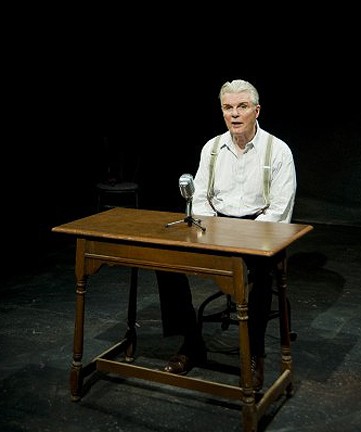 Malcolm Ingram is the frustrated dispatcher in "Victoria Station."

Eric Tucker, the director of the play, "Pinter's Mirror" in three unique parts, but two acts: A Slight Ache Â– Family Voices Â– and Victoria Station, asks in the playbill notes, in a 'Pinter-esque-poem' no less: But what does it all mean ?

Any parts of the three short pieces, by Harold Pinter, are not as absurd as the "Rhinoceros" by Eugene Ionesco At least that is how I remember  Ionesco's play, oh so many years ago, from an evening performance in Paris. I had also read the play in French, which would be impossible to do today. Or, the magnificently nonsensical ten minute long monologue of Lucky in "Waiting for Godot," by Samuel Beckett, but "Pinter's Mirror" comes relatively close.

Then, there are moments, when Elizabeth Ingram, as Flora in A Slight Ache, was handed a wet brush, to paint a sensually or sexually charged watercolor. She also works on a timid and motherly self portrait in Family Voices.

When given the chance, all three actors play their roles magnificently with many nuances. Stephen Pilkington, as the totally disguised and disfigured Matchseller, becomes equally disgusting and sexually attractive to Ingram, as Flora, as soon as she would give him a warm bath. The couple, Flora and Edward (Malcolm Ingram), talked at each other, not with each other, or Edward performs totally meaningless monologues in the presence of the other actors. The dirty and dark Matchseller, a brown/black splash on the canvas in the 'painting,' titled "A Slight Ache," remains disturbing and weirdly attractive in the viewer's eye. We can still see the dark, not so abstract figure, in our mind's eye. Aren't we always looking for figurative meaning in abstract paintings ?

Letters of the son in Family Voices, Stephen (Voice 1), and his mother, Elizabeth (Voice 2), do not reach the other person. The letters are spoken instead out loud. The mother's timid letters and voice are full of longing and occasional damnation for her son, whose address is unknown. Are the son's letters even sent ? He speaks continually and admiringly of the Lady and her daughter, who owns the rooming house, in which he lives. He has little regard for his mother, but in the end attempts to return home. And the dead father (voice 3), mostly silently seated in an armchair, wearing sun glasses, writes a letter to the son from the grave. Will that letter get delivered ?

The Taxi Driver (Pilkington), in Victoria Station, is set as in a New Yorker's caricature or visual joke. He plays the character as utterly dumb, but he is an experienced taxi driver. He knows the lingo: POB, he has a passenger on board. Yet he insists that he does not know Victoria Station in London, and hence will not pick up the very lucrative assignment from there. He drives the controller (Malcolm Ingram) mad. Both actors deliver energetically madcap performances. Pilkington is taxi number 274 = 2+7+4 = 13, instead of taxi number 135 = 1 + 3 + 5 = 9. "Nein," he would chime time and again: "I am 274."